September’s poetry showcase explores chances. Impact’s poets have come up with a range of poems: from taking a chance and believing in yourself, taking chances in a relationship or reflecting on the lack of a second chance to save the planet.

Chambers of Reflection in the Fiction Section

I am a migratory drifter
with no steady home
or stream of thought.
A charity shop thrifter
of lost stories and tales
about like-minded pilgrims
lost amongst a sea of tomes. 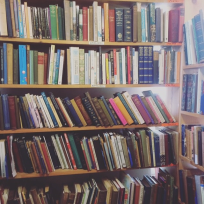 Sometimes it’s easy to be a whisper
struggling to speak above the din.
But your voice is also your keeper
so keep her warm and strong within
a story is only determined
once you gather the courage
and begin.

Have a little faith

I’ll be one step closer towards
the next step,
just as long as you’re with me- like once you had said…
to be with me always, stand by and see watch me fly out this harness that they had put me. 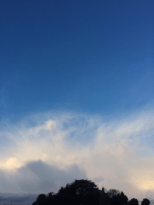 But with you, I can never ever feel that way
your vigour, your stance is what helps me to stay:
so strong and so steady, there’s no need to pause
for what I feel to be mine will now always be yours
there’s no time to wait, or even no need
so take a chance on us
to let us succeed.

The lungs of the world are on fire

we need our meat

as species after species gets crossed off an extinction bingo

carving up forests to crackle in flames

we don’t feel the flames

forget this climate crisis is causing each heatwave

these temperatures unprecedented and unseasonal

but it’s unreasonable to complain

when the sun’s shining

let’s lie on a lounger and roast ourselves instead

only grumbling when infrastructure buckles

because our world was not built for this

we do our bit

put out the recycling

out of sight, out of mind

the pummelled plastic not reused or reduced

then shipped off to other nations, turn their shores to wastelands

turns the seas to polymer plastic

we’ll go out shopping instead

sweated in once then never worn again

so go buy another, if you spend enough

the plastic rattle of an empty heart

as the world goes round

and life goes on

children and teens take to the streets in their school uniform

any evidence of catastrophe

belittling a teenager sailing the Atlantic

to tell the powers that be

in their aging, male glory

of a world that is dying

You can also like the Entertainment Facebook page for updates and information on how to get involved in the section.

August Book Of The Month: The Humans