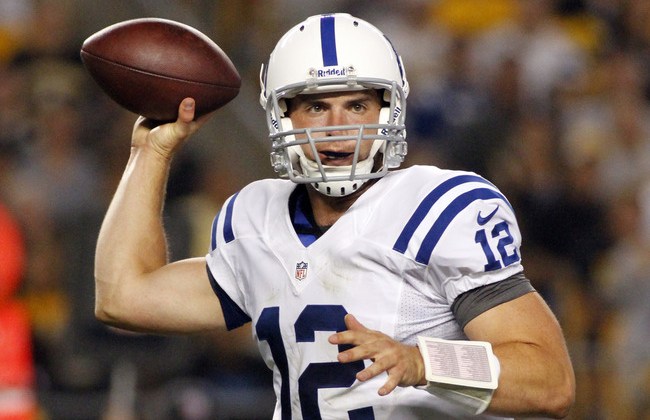 Andrew Luck shocked the NFL recently when he announced his retirement, seemingly out of nowhere. This was a 29 year old at a position where stars are beginning to play into their late thirties who was in the middle of a six year contract worth up to $140 million. These players just don’t suddenly end their careers like Luck did.  Where this becomes more understandable is when you consider what the primary reason for this retirement is.

Up until this past season Luck was hit at a ridiculous rate due to terrible personnel decisions by the Indianapolis Colts management. He suffered injuries including a partially torn abdomen, a lacerated kidney, torn cartilage in two ribs, a torn labrum, at least one concussion and a strange calf injury that was ultimately the end for his career. The core of his retirement speech addressed the toll mentally and physically of the rehab and recovery from these injuries that sapped his desire to play the game.

Physical toll on Andrew Luck through 6 NFL seasons:
» Torn cartilage in 2 ribs
» partially torn abdomen
» a lacerated kidney that left him peeing blood
» at least 1 concussion
» a torn labrum in his throwing shoulder
» and this mysterious calf/ankle issue that led to this

Luck is a man with a number of outside interests and will soon become a father. He went to Stanford University and ran a book club with the Colts. When left with a choice of the mental strain that recovering from these injuries produces and being able to enjoy the other aspects of his life it becomes an obvious choice. This is even more the case when Luck reveals that in 2016 he vowed to himself that he would not play injured again. The amount he spoke of a “cycle” with regards to injury and rehabilitation shows just how all consuming the process can be physically and mentally.

This retirement was obviously met with some anger. A man living the dream for many was retiring in the middle of his career because he is “tired” and only weeks before the start of the 2019 season. This kind of criticism is of a piece with the reaction you see here when a footballer shows any kind of personality or life beyond the game. Because these people play a game for a living, they are not allowed to consider it a job and have outside interests or only think of it as a portion of their life.

For fans this is true to a degree. These players only exist in the context of playing the game. We only see them for the time they are playing, maybe stories of single minded determination that make us believe anything is possible if you try hard enough. We don’t see all the hours spent recovering from injuries or just the toll a sport like American football exacts on the body. In fact, when a player is injured they are specifically out of sight as they are no longer on the field of play. For the players however, the time away is the most taxing. It is the price they pay oftentimes for the joy of the actual competition. All the time in the gym, at practice or in physical therapy is done for the thrill of playing the game that they love at as high a level as possible.

We often do not recognise that, to varying degrees, this is a job for the players that we watch week in week out. This failure manifests in a number of different ways. We don’t recognise that factors beyond simple on-field success come into play in deciding where to play. We don’t recognise that there are intra-office dynamics that come into play much the same as in our offices. We don’t recognise that all sorts of personal factors can influence performance such as a contentious divorce or other issues. Most playing careers in sport are done by the early forties at the absolute latest, leaving decades of life remaining. When a footballer like Benoit Assou-Ekotto says that he plays for money and that football isn’t actually his passion, it perplexes fans to no end. But we do not think about what is the fact of the matter for the vast majority of footballers. If they played purely for passion or for affection for a certain club, then many of them would not have ended up in front of our eyes in the first place. Contentious transfers where players are accused of betrayal often would not take place if players played for the clubs they supported growing up. Robin van Persie would not be able to let down Arsenal fans with the circumstances of his move to Manchester United if he stayed with his boyhood club of Feyenoord.

Part of this is lack of recognition, and the ire that sportspeople then draw, is due to a change in information on our parts. With the advent of social media we are able to see the time spent doing other things. In days gone by players could spend all afternoon in the pub or at home drinking, or be unfaithful to their spouse and we would be none the wiser. Now, if a player is pictured having an expensive dinner or is simply in a nightclub then it is the end of the world for some fans. The idea that any time not spent practicing or on self improvement is wasted, or that they should only put energy into certain things, is both hypocritical given who these fans often idealise, and is harmful to players mentally. If these people are hounded due to any diversion from this model then that can just cause them to withdraw. This can lead to further issues with this isolation such as gambling or substance abuse and even issues with performance as too much of their self perception becomes too reliant on results on the pitch.

In this case it is fortunate both that Luck plays such a high paying position and that he has these outside interests. The contract that he earned with his exploits on the pitch means that he has the ability to retire at 29 instead of forcing himself to keep coming back to be able to earn a living as many in the NFL do. That he has these outside interests means that doing so is not the difficult decision that it is for many in the NFL as well as in combat sports in particular. For a lot of retirees in these sports, the lack of a focus or purpose in life often leads them to come back and suffer further damage to their bodies due to their diminished capabilities. Luck is now free to do whatever he wants with the non-American football part of his life, whether that is focusing on fatherhood, traveling the world, following an entire football season in person, just wait for George R.R. Martin to finish his book series, or some other interest that we do not even know of. Making the tough decision to retire this early in his career and keep his body relatively intact shows the extent to which there is more to life for sportspeople than just the hours we see them perform and the value in that.