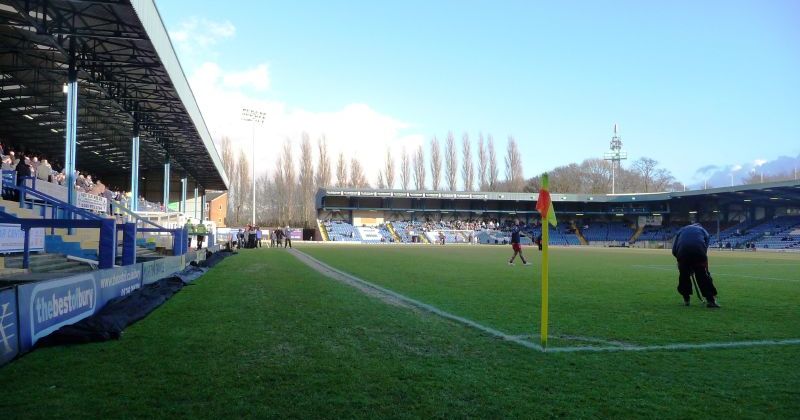 On the 27th August 2019, Bury Football Club were expelled from the EFL, becoming the first team since Maidstone in 1992 to meet this fate. The decision came after a series of failures by both the EFL themselves and owner Steve Dale to safeguard one of England’s oldest football clubs. Founded in 1885 and admitted to the Football League in 1894, the last 134 years of football have come to nothing because of these failures, leaving the people of Bury without a football club. With similar situations occurring at other football league clubs, it is time for the EFL to take a serious look at how it governs the ownership of local clubs, and how similar situations can be prevented in the future.

In December 2018, Steve Dale bought the club with the aim of securing financial stability after a rocky period which saw players and staff almost go unpaid for the month of November. However, the situation deteriorated in April 2019, as players and staff were not paid for the month of March, leading to the Professional Footballers Association stepping in to pay half of what was owed. Despite their off-field troubles, Bury secured promotion from League Two, earning promotion to League One, an achievement which looks like becoming the last great moment of Bury’s long history. Due to their financial issues, Bury were deducted 12 points at the beginning of the 2019/20 season, along with Bolton Wanderers.

All the while, Steve Dale stalled on selling the club as Bury’s manager, Ryan Lowe, and several players left the club for Plymouth and Bury’s opening game against MK Dons was postponed until the club could prove its financial stability. On the 12th August, staff posted an article on the club website imploring Dale to accept an offer for the club that they believed was viable, however Dale rejected the offer, believing that he could get a better offer elsewhere.

Tonight marks one of the most disgraceful events in the history of the Football League. More should have been done, lessons should have been learned earlier. Governance has not been fit purpose. And because of that, a grand old club has died.

On the 23rd August, a deal with C&N Sporting Risk was agreed and the EFL gave the club until 5pm on Tuesday the 27th August to complete the deal or face expulsion. On the 27th, with the deadline looming, Bury fans arrived at the ground to clean the stadium and surrounding area, optimistic that a deal would be completed in time. However, with just over an hour until the deadline, C&N Sporting Risk cancelled the deal and later that evening Bury were expelled from the EFL, being immediately removed from the League One table.

When clubs in the Premier League earn so much and bring in so much money to the top quarter of English football, how can situations like this be allowed to happen? The amount Manchester United (just 6 miles up the road from Gigg Lane) paid for Harry Maguire in the summer would surely have been enough to sustain a club the size of Bury. The difference between local clubs in the lower leagues and Premier League clubs could not be more staggering.

while the clubs at the top make millions, the pyramid is quickly catching fire

It is important to remember that the Premier League stands atop a footballing pyramid made up of all the clubs below it and while the clubs at the top make millions, the pyramid is quickly catching fire. When Sky Sports are using a ‘deadline day’ style clock to countdown to the potential death of a 134-year-old football club, it becomes clear that something is drastically wrong with modern football as a whole.

In Nottingham the scars of financial trouble are visible in the shape of Notts County, England’s oldest football club, who were relegated from the Football League last season for the first time in 157 years amid financial uncertainty.

But throwing more money at the problem is not a solution, especially when the owners cannot be trusted to invest that money responsibly. This is where the EFL need to take responsibility for allowing this situation to develop in the first place. Because of a lack of due diligence Bury were saddled with an owner who has been quoted saying:

“I think it’s fantastic that they (the fans) are that passionate but what they need to do is temper it and not be silly, and not show themselves up by disgraceful behaviour when they’re full of beer and discredit the club”

“I never went to Bury, it’s not a place I’ve frequented so for me to walk away from Bury and never go back is a very easy thing for me to do. I don’t do anything up there… I didn’t even know there was a football team called Bury to be honest with you, I’m not a football fan”- Steve Dale speaking to Radio Five Live.

The clear disrespect that Dale has shown to the club and to its fans with these comments is beyond words, and the fact that he has been allowed to run Bury out of the Football League completely, despite potentially not passing the EFL’s ‘fit and proper’ test, is a disgrace. Whatever tests the EFL currently have in place are clearly not enough to keep clubs like Bury, Bolton and Macclesfield from falling into financial disrepair. Once a club does face extinction, the EFL needs to do more than sit and twiddle their thumbs while placing deadlines for these clubs. At some point a governing body should have stepped in with Bury and should step in at Bolton, who also now face expulsion from the EFL. This is a club that were playing in the Premier League just seven years ago and now face the same fate as Bury.

But this is about more than just football- this is about community. It’s a feeling that is being lost in English football recently with the massive popularity of the Premier League and the focus on financial gain over the fans. Because of these events, a community of football supporters has been left without a club and nothing to replace it. There’s something special about supporting your local club that cannot be replicated by watching a team over a hundred miles away through the television. Every other Saturday you walk the same path to the ground, see the floodlights in the distance. You see the same faces, young and old, and sit next to the same people. For ten straight months you cheer together, laugh together and moan together. But now, for the fans of Bury FC, they must mourn together too.

The Amazon is on Fire – Why This Matters