A Recap of Paris Fashion Week 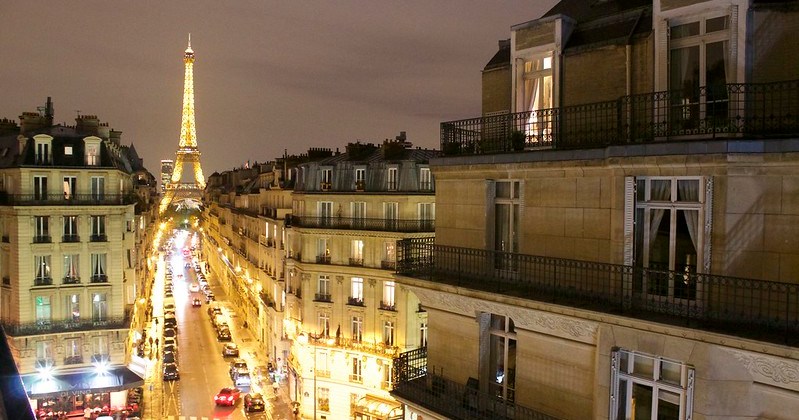 Fashion was born in the 18th Century salons of Louis XIV. The looks set down the runways at Paris Fashion Week have been igniting trends and shaping the future of the industry for decades. Amber talks us through some of the highlights from Paris Fashion Week.

This year, Paris Fashion Week opened with Mame Kurogouchi’s, clothing line designed by an outstanding young Japanese artist – Maiko Kurogouchi. Starting her career at Issey Miyake’s studio, Kurogouchi learnt to approach fabrics in a very neat and precise way, which is noticed especially in her design of bags. The most striking thing about her clothing style is the stories behind them.

“Her work is fraught with personal associations and idyllic countryside lifestyle”

Her work is fraught with personal associations and idyllic countryside lifestyle that also inspired the Spring/Summer 2014 collection. Moved by the traditional gestures of her grandmother, the designer presented hip and young works at Japan Fashion Week in 2013.

“Lights hulked on the night skyline, emitting rays and vapour like something between a concert venue and scene out of a sci-fi series”

The second day approached with Yves Saint Laurent. The design of the temporary architecture, built to illuminate the public space in a spectacle no tourist or passer-by could possibly miss, seemed to project the inside-out frequency of Saint Laurent’s communication on the global stage.

Lights hulked on the night skyline, emitting rays and vapour like something between a concert venue and scene out of a sci-fi series: a thrill for the Stranger Things generation, brought to life.

Grazia Chiuri, opening Paris fashion week, with her spring collection for Christian Dior, ‘florals for spring’ can indeed stand for a fresh perspective on fashion in 2019. With the fashion industry under fire for its contribution to environmental damage, a designer with a passion for both clothes and nature would now find themselves in a love triangle.

#BehindtheScenes with the #DiorSS20 collection by @mariagraziachiuri during the day 2 of this #PFW ! #ParisFashionWeek with @dior

The botanical prints of 17th-century German botanist Maria Sibylla Merian were the starting point for prints tracing the darker beauty of thistles, poppies and wildflowers, as well as roses and delicate, cultivated flowers.

The show referenced a raw, humanistic, earth centred approach to fashion. Under their low-brimmed hats, the longhaired models wore their hair in twin plaits – a style which at this moment in time can only be read as a reference to Greta Thunberg.

The 3 Big Trends This Autumn/Winter