Black History Month: When Will We Show Racism in Football the Red Card? 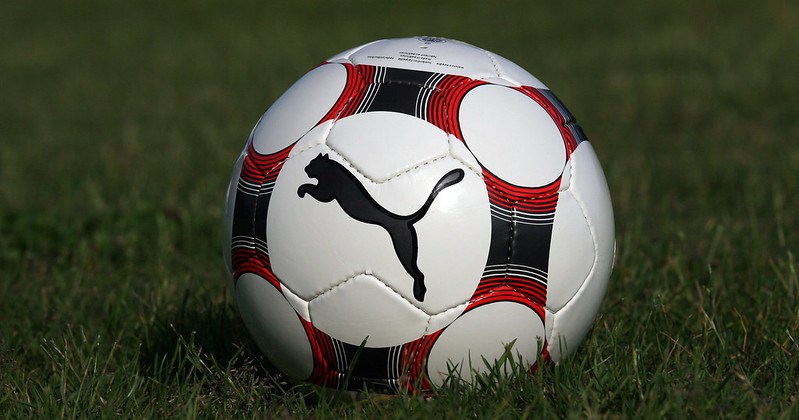 “Racism in life was so terrible in the 70s and 80s; racism in football wasn’t any different” – John Barnes MBE

Black History Month was first launched in the USA in 1970 and has been celebrated in the UK every October since the 1980s. In light of this annual recognition of black people’s achievements and contributions throughout history, Nick Bright (BBC Radio 1 Xtra) interviews John Barnes MBE, one of the first black footballers to play for England internationally. Throughout his career, in which he won 79 caps for England, Barnes had to put up with racist chants and banana peels hurled at him by crowds. It has now been 20 years since the England legend hung up his studs, but what progress has been made since then in terms of eradicating racism from the game?

Monday 14th October – a day that should have been reserved for nothing but celebration as England beat Bulgaria 6-0 in the Euro qualifier. Regrettably this was not the case, as the twice-stopped game was overshadowed by racist abuse aimed at multiple members of the England squad. Tyrone Mings, Raheem Sterling and Marcus Rashford were all subject to “monkey” chants and Nazi salutes from the Bulgaria fans. In fact, it was a similar story the last time England visited the Vasil Levski Stadium in 2011 where Ashley Cole, Ashley Young and Theo Walcott received the same warm welcome.

Unfortunately, the statistics relating to cases of discrimination fail to provide much hope…

Although six fans were arrested on the back of the tension in October, the lack of progress almost a decade later is rather shocking. And these games stand by no means in isolation. In February, Liverpool’s Mohamed Salah, who has won numerous accolades including PFA Player of the Year, was verbally abused regarding his Muslim religion in a match against West Ham. In March, England beat Montenegro 5-1 in an away game despite race-based taunts from fans directed at Raheem Sterling and Danny Rose. In April, the Leicestershire cup final was called offafter 78 minutes as a result of racist abuse toward Wymeswold’s Linford Harris. And this trend is not exclusive to the men’s game either: Sheffield United ex-player Sophie Jones was banned due to racial abuse against Tottenham’s Renée Hector, who reported being taunted with monkey noises by Jones in January.

Unfortunately, the statistics relating to cases of discrimination fail to provide much hope either. Kick It Out, an English organisation that deals with equality and inclusion in football, has published data that shows a 32% increasein the number of reports of discrimination at both professional and grassroot levels for the 2018/19 season. While this rise could reflect a positive trend in which spectators feel increasingly more comfortable reporting incidents of intolerance, it is important to remember that many allegations still go unreported (a fact that leads many to believe the situation could actually be worse than the numbers suggest).

The degree of inequality in football is also reflected by the fact that there are only five BAME (Black, Asian and minority ethnic) managers in English football’s top four divisions including Macclesfield’s Sol Campbell and Brighton’s Chris Hughton. This is a statistic which the Football Association has pledged to improve by implementing a version of the ‘Rooney Rule’: named after Dan Rooney, former chairman of the NFL’s diversity committee, this rule requires all American Football teams to interview at least one BAME candidate for each head coach or senior football operation vacancy.

…in both the USA and the UK, we need this problem well and truly tackled.

Whether this rule will in fact lead to a higher representation of BAME candidates in coach and manager positions in the UK has become a topic of controversy. Even in American Football where the rule was introduced in 2002, a disparity can still be seen: in 2017 it was reported that around 74% of players were African-American, Latino, Asian, or non-white other, while these categories only represented around 25% of head coaches. However, compare this latter percentage to the 13% of England coaching staff from BAME backgrounds in 2018 and perhaps the instigators of Black History Month really are on to something.

One thing is certain: in both the USA and the UK, we need this problem well and truly tackled. The experience John Barnes had in the 70s and 80s needs to become inconceivable to the BAME players of today. Let’s just hope that by Black History Month 2020 we will have more reasons to be positive.

All sources linked inside article.

Featured image courtesy of Dawn Huczek via Flickr. Image license found here. No changes were made to this image.

How Brexit May Affect Studying Abroad