Casual Racism: Do we Know if we’re Being Offensive? 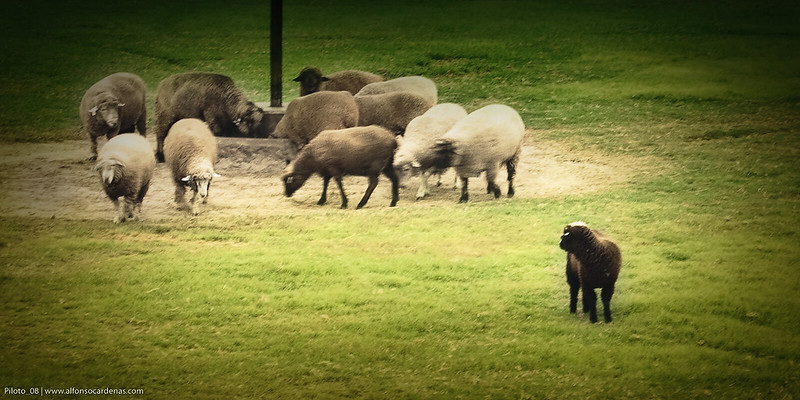 It’s hard to know what is exactly meant by ‘casual racism’. It’s a term that gets thrown around a lot, but due to a lack of understanding, it is not often perceived in the negative manner it should be.

Casual racism refers to negative stereotypes, immorally imposed on people based on their race, colour or ethnicity. It’s labelled ‘casual’ as it is usually done without intending to offend. It means the user doesn’t really have a problem with the recipient’s race or ethnicity, but they are happy to make them the butt of their joke.

And I’m sure we can all agree being the butt is not fun. It feels degrading for anyone, let alone if it’s because of your colour, culture or some other reason that you have no choice nor control over.

I am continuously shocked by the ‘casual racism’ I hear being flung around campus. I think it’s about time we address it.

This is a sensitive subject so I’m not going to pretend I know everything about it or that I’m aware of all cultures around me (I wish I could say I am) but having been at university for three years now, I am continuously shocked by the ‘casual racism’ I hear being flung around campus. I think it’s about time we address it.

“Where are you from?”

Now, we all ask each other where they are from, whatever race or ethnicity. It’s just part of the meeting sequence. To build rapport, to find potential connections or to just find a little bit more about each other. That’s not a problem.

It only becomes a problem when it’s followed by “like where are you really from?”. If someone responds with their chosen nationality, that’s the answer. Just accept it. A follow-up repetition of the same question does not need to be asked just because they didn’t give an extensive breakdown of their family tree and the exact proportion of every different nationality that are genetically embedded within them.

It’s not only irritating for the recipient, it can make them feel different, unusual and self-conscious that they stand out.

Is it necessary to state someone’s colour?

This is a tricky idea to deal with. To approach it fairly, we should differentiate between using someone’s skin colour to describe them or as their identity.

This means it’s not okay to do it to other races. If someone says, “you know the tall, black, muscly guy in our seminar”, they are describing his appearance to ensure the other participant of the conversation knows who is being referred to. This is okay. It doesn’t suggest their skin colour is their identity, it is merely part of their description. It is important to understand the difference.

Many people believe that by contributing to this you aren’t ignoring race; you’re unfortunately ignoring racism.

This brings to light the opposite issue of people claiming they don’t see skin colour. The problem with this is that people think to claim this is a noble gesture. What people fail to realise is that saying “I don’t see race” to someone who is black, for example, implies that they don’t notice their skin colour and in turn suggesting it is a negative feature one should ignore. Many people believe that by contributing to this you aren’t ignoring race; you’re unfortunately ignoring racism.

I’ve also seen fellow students smirk and snigger when non-english speakers struggle with the language. And as an English-speaking person struggling to learn a second language, I can tell you that you learn a whole load quicker if you have the balls to try, knowing you’ll make the odd mistake. So, smirking at people’s language struggles is only going to slow their learning process and make you look like a wally.

“I can’t be racist I have black friends”

I’ve heard this verbal vomit a lot as a justification for telling a racist joke. Normally to feed the joke-teller’s ego and make themselves feel better about their poor sense of humour. What they don’t realise is that it just makes them seem unamusing and ignorant. Having black friends doesn’t justify your racist jokes. Sorry not sorry.

Trump has black friends… I’ll just leave that thought there.

To be honest that sentence never fails to be funnier than the joke itself because let’s be honest, it’s ridiculous. Trump has black friends… I’ll just leave that thought there.

It’s hard to know how to combat casual racism without portraying yourself to be sitting on your high horse looking down at everyone around you, but the least we can do is try.

So, if you feel like you’re about to whack out an internalised stereotype or share a judgemental glance, restrain yourself. And if you hear a friend or acquaintance make a racist joke don’t laugh. We all know the feeling when you make a joke that goes down like a sack of potatoes. It’s embarrassing to say the least. You’ll certainly never make the same joke again. If the joker doesn’t get the reward of a giggle, the jokes will simply fade out.

Ultimately, in a time that mental health awareness is at its most prominent, avoid these offensive stereotypes. Don’t add fuel to this anxiety and depression filled fire casual racism helped to light. The quicker we understand all this, the quicker we change society’s norms and help our culture be the inclusive environment it should be.

Featured image courtesy of Alfonso Cárdenas Ortega via Flikr. Image License found here. No changes were made to this image.

In article images courtesy of @polistakespics via Instagram. No changes were made to this image.

Essential oils: the history and benefits of a natural product humans have used for over 6,000 years