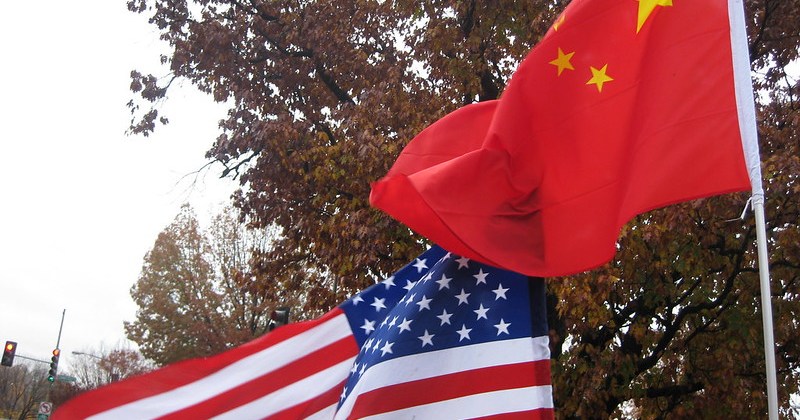 Game publisher Activision Blizzard are the masterminds behind World of Warcraft and Overwatch. They also enforce censorship for the Chinese government.

You probably know about the situation in Hong Kong, where protesters are violently clashing with police over their rights to democracy. You’re probably not aware of Hearthstone, a digital card game created by Blizzard, or the professional Hearthstone tournaments the company hosts for thousands of dollars of prize money.

There’s been a petition, a walkout… ‘every voice matters’? Not.

How could these two possibly intersect? Well, the winner of a recent Hearthstone tournament, Chinese player Blitzchung, used his post-win interview to shout “Liberate Hong Kong, revolution of our age”.

Now, Blizzard is an American company, promoting American rights to free speech. They’ll probably give him a slap on the wrist for rule violation and leave it at that, right?

Nope. Imagine the surprise when Blizzard stripped Blitzchung of his $10,000 winnings and banned him from professional play for a year. Not only that, they fired both the tournament’s commentators for letting it happen.

This didn’t go down very well. Blizzard’s own community began boycotting them, several famous streamers abandoned the company’s games, and one instrumental World of Warcraft developer even quit his own game.

There was rebellion in the subreddits; one Hearthstone moderator quit (46,000 upvotes as of October 10th) and one of the mods on Blizzard’s official subreddit went rogue, setting it to private so no-one could access it before deleting their account.

[Blizzard] promised to “always respect and defend the honour of China”

Even within the company there’s been a petition, a walkout of about 30 people, and an outraged employee has covered up the plaque proclaiming Blizzard’s values: “Every voice matters”? Not.

It might be better if Blizzard were at least honest about their motivations.

For those who don’t know, companies can only do business in China if they’re partially owned by Chinese investors. Thus, 15% of Blizzard is owned by Chinese mega-corporation Tencent. This amount might seem small, but Blizzard have to keep their Chinese stockholders happy or they risk losing access to a market of 1.3 billion people.

So, it’s pretty obvious Blizzard bent the knee to Communist censorship in order to save their wallets, but they insist their relationship with China had no influence on the harshness of Blitzchung’s punishment. Right. Except, when posting on Chinese social media they declared themselves “angered and upset” by Blitzchung’s actions and promised to “always respect and defend the honour of China”.

How two-faced and pandering can you get?

There are plans for political protest

Blizzard dug themselves deeper, hitting a US collegiate team with a 6-month ban for showing a sign saying “Free Hong Kong Boycott Blizz” in a livestream. The team tweeted they were glad the rules applied to everyone, an admirable sentiment Blizzard ruined by undoing the ban. The team promptly forfeited the tournament in solidarity with Blitzchung.

As public ire rose Blizzard went into damage control, cancelling the October 15th launch event for Overwatch on the Switch at the last minute. Nintendo was quick to lay the blame at Blizzard’s doorstep in an apologetic tweet. They’ve also postponed a World of Warcraft 15th Anniversary celebration in Blitzchung’s home, Taiwan. Awkward.

But they won’t be able to shut down Blizz-Con, the company’s annual convention dedicated to its games. Already there are plans for political protests at the event, something of a first for a videogame convention, though probably not the kind that Blizzard wants to be remembered for.

And what about the live Q&As? Will they be cancelled this year? Blizzard must expect constant protest. Will we see a sequel to the epic Red Shirt Guy meme?

Recently, Blizzard has given Blitzchung back the prize money he won fairly and reduced both his and the two commentators’ bans to 6 months.

Too little too late for most people, including 5 Democrat and Republican members of US Congress, who sent a letter of appeal to Blizzard on Blitzchung’s behalf. They fear the company’s compliance with Chinese censorship could have a “chilling effect” on the whole games industry.

Because this isn’t just about a digital card game. This is about China exploiting its economic power to pressure the rest of the world into complying with its policies. This about a fight for democracy that’s been going on for months now. This is, fundamentally, about refusing to bow down to totalitarianism.

Blizzard continues to dig their own grave. Remember that cancelled Overwatch event? Hong Kong protestors responded by using printouts of Overwatch character Mei as a pro-democracy symbol: You can find footage of people holding signs reading “Mei is fighting for her rights”, and “free Hong Kong, five demands not one less” paired with her picture.

Remember, this is the same country that banned Winnie the Pooh because memes highlighted his resemblance of General Secretary Xi Jinping (memes Pewdiepie just got banned from the country for laughing at). How ironic would it be if, after all Blizzard’s efforts, China bans a character from one of their most profitable games?

It’s a thorny issue: Technically, Blizzard was within its rights to punish Blitzchung for violating community guidelines, but the disproportionate severity of his punishment indicates he was being made an example of. When you fill in the context of Blizzard’s statement to China, event cancellations, and inconsistent enforcement of the same guidelines to Americans, honestly? It’s scary.

The Political Limitations of Expertise