The Importance of ‘Hamilton’ 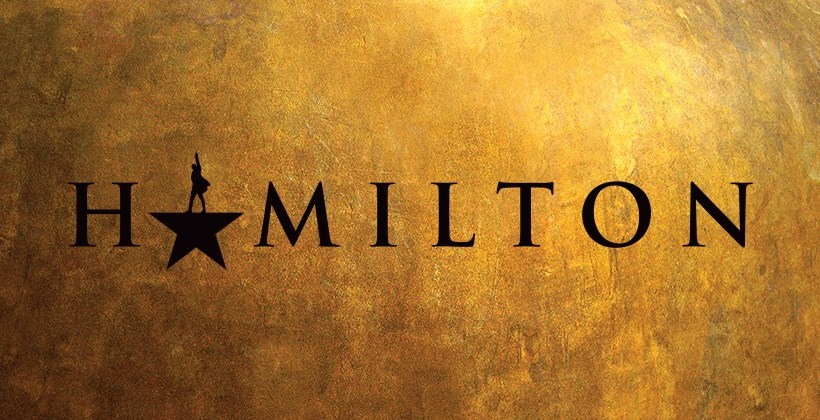 To those whose lives have not yet been enriched by the performance or soundtrack of arguably the greatest production to ever exist, fear not, for I will enlighten you on the phenomenon that is: Hamilton.

This powerful, compelling and dynamic musical created solely by the ferociously talented Lin-Manuel Miranda tells the story of Alexander Hamilton, the first secretary of the US Treasury and one of the Founding Fathers.

From the outset I’m sure you’re thinking: do I need to revise before I see this show and learn all about ancient, old, American politicians? I can assure you that this is not the case. This story lends far more than just some stuffy politician as Miranda’s lyricism falls nothing short of genius through his detailed account of Hamilton’s life in every song. Christened the ‘hip-hopera’ of the century, Hamilton is important for so many reasons, but most notably (and the reason I am writing this today) is the emphasis on immigration, diverse casting and revolutionising theatre so that there is a place for everyone.

Have you read this!? Find out about the new cast joining the #HamiltonLDN company next month at the link in bio.

Aside from the undeniably cool and distinctive element of the show in which hip-hop is delivered through actors dressed in old-fashioned garments, the beauty of Hamilton is that it breaks down the stereotypes of typical theatre and brings in an element of the contemporary. First and foremost, it is an amalgamation of hip-hop and musical theatre sung on both West-End and Broadway. This is ground-breaking and incredible. Secondly, the very fact that almost every single cast member in the production are of ethnic minorities is fiercely progressive. And, if you ask me, extremely exciting!

Re-writing history and abolishing typecasting is so powerful and significant within the performance as we see historical figures such as George Washington and Aaron Burr played by multicultural actors. I strongly believe this is setting the scene for a future of talent-based casting, as opposed to simply appearance-based, and that many others should follow in Hamilton’s footsteps. The play may begin many lifetimes ago in 1776, but lines such as “We’re immigrants. We get the job done!” and “another immigrant coming up from the bottom”, reflect society as it truly is today: DIVERSE. And what’s more, the cast appears so intensely passionate about the message they want to put across to the world, that it makes the audience passionate too! Seriously, it just makes you want to get up and sing your heart out.

Now, here’s some evidence so you know I’m not just talking rubbish. In one of the American shows in 2016, Vice President Mike Pence was in the audience. The stars of the show were aware of this and did not hesitate to call him out at the end of the show and address him directly, stating, “we are the diverse America, who are alarmed, and anxious, that your new administration will not protect us… but we truly hope that this show has inspired you to work on behalf of ALL of us.” Even when they are out of character, these people are teaching the world not to shy away from those who are suppressing them but to stand up for what they believe in. And the same goes for when they are in character too, as I quote Hamilton himself, “if you stand for nothing, what will you fall for?”

Hope and love last longer. The #HamFam at #HamiltonBway is wrapping up this year's #Pride tradition. (📷 ＋ 💡: @ChristopherRobinsonNYC)

In terms of the music and lyrics, the first line of the whole show puts the audience on the edge of their seat and makes them believe anything is possible as Hamilton asks himself: “How did a bastard, orphan, son of a whore and a Scotsman, dropped in the middle of a forgotten spot in the Caribbean, by providence, impoverished, in squalor, grow up to be a hero and a scholar?” Honestly, it gives me chills every time.

Hope and love last longer. The #HamFam at #HamiltonBway is wrapping up this year's #Pride tradition. (📷 ＋ 💡: @ChristopherRobinsonNYC)

As I said, the majority of the actors who play a part in Hamilton are immigrants themselves along with a story and diverse background of their own. And this, I believe, is the importance of the show. Hamilton teaches its audiences that everyone’s story matters, regardless of who you are and where you are from. The immigrants and minorities run this legendary performance, and consequently, it stands for everything from equality to freedom, from inclusion to leadership, and aside from anything else… it is just one big singalong!

So, pop on the soundtrack or even book tickets to see it. Trust me, you won’t regret it.

Album Review: Foals – Everything Not Saved Will Be Lost – Part 2

‘The Last Faust’ – An interview with director Philipp Humm