What is Being Done About Homelessness? 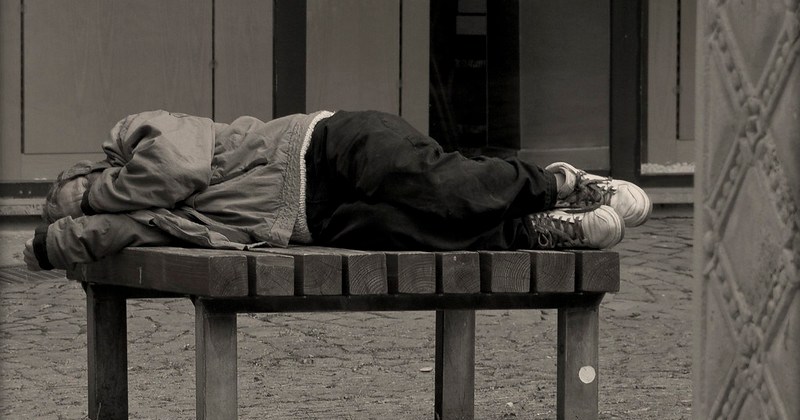 Christmas is coming with the promise of family, feasting and plenty of warmth in cosy homes; but not for everyone. The homeless in the UK are facing more and more suffering as the years roll by, and I wanted to explore what is being done to tackle this issue, and why it is not working.

Nationally, the scene is even bleaker with over 70,000 households from January – March 2019 assessed as threatened with homelessness or homeless. This is a rise of 10.7% from October – December 2018, according to the Ministry of Housing. Why is this number getting bigger and bigger?

The Nottingham city head of housing stated that cuts to mental health and substance abuse services, alongside increases in the cost of living and caps on benefits have led to a rise in demand for help from households at risk, but this has met a dangerous decrease in the availability of affordable housing. There are plans in place for 5,000 new social houses to be built, bought and developed, but these do not nearly cover the 24,000 homes lost from the ‘Right to Buy’ scheme.

This is affecting lives; the ONS published the total of homeless deaths from 2013-2018 as over 3,500, last year alone there being 726, a 22% increase from the previous year. As cuts are made to substance abuse, the amount of drug related deaths has risen 55% from 2017, with 2 in 5 homeless deaths being due to drugs. Peter Caine, a volunteer for Helping the Homeless in Birmingham, explained:

“When you’re cold you can’t sleep, your body won’t let you …”

“When you’re cold you can’t sleep, your body won’t let you … then somebody says to you ‘use this, it’ll help you sleep’ and they sleep like a baby. It’s a very hard thing to resist without the right support.”

So what is being done? The current government strategy, the Homelessness Reduction Act 2017 offers duties to households deemed ‘statutorily homeless’ including prevention, relief and the main homeless duty – these involve steps to prevent and relieve homelessness laid out in personalised housing plans agreed between the applicant and local authority. This does not include the ‘hidden homeless’ i.e. those that have not made themselves known to local authorities, and part of charities’ (like Shelter UK) work is encouraging homeless people to seek help.

‘Rough sleepers’ fall into both categories; hidden homeless need to apply for temporary accommodation and universal credit, which are the current financial aids in place; but statutorily homeless can also find themselves sleeping rough.

Shelter UK reported that 22% of the people that seeked their help needed help dealing with the poor conditions of their home, including temporary accommodation, and 49% were struggling to cope on a day-to-day basis. The process of finding a home is a long and arduous one, which is visible with this quick guide published by the government about seeking universal credit.

Houses are not being built quick enough, and cuts are worsening life for those already in a dark place

The struggle is worsened by poor mental health conditions, often on-going conflict with the situation that made you leave your home, and the increasing issue of substance abuse (which Peter Caine says with “fewer police on the streets” are “easier to get hold of”). Houses are not being built quick enough, and cuts are worsening life for those already in a dark place.

What can be done? Charities like Shelter UK, and locally, Framework, Emmanuel House, Help Out Nottingham and many more are doing vital work, literally saving lives, and picking up the burden of social care the government is failing to provide for the homeless.

Donating and volunteering will save lives in countless ways, and will no doubt make you feel a little more wholesome this Christmas. Bollocks to Brexit, help the homeless.

Featured image courtesy of glasseyes view via Flickr. Image license found here. No changes were made to this image.