Are we Living Through a Narcissism Epidemic? 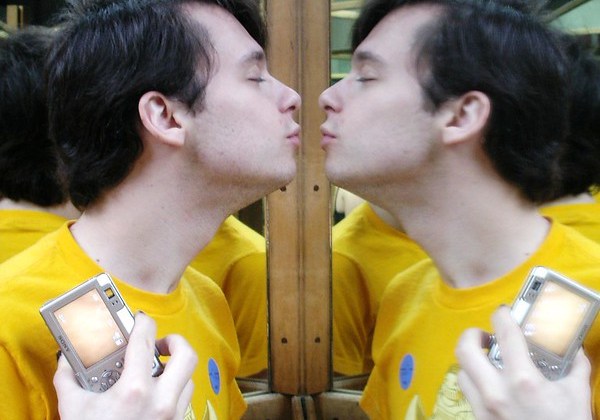 “The statement of inadequacy is double-edged. I am inadequate; those who care about me, by their very caring become inadequate for my needs and not really the “right ones””.

This is how Richard Sennet describes the central thought process pattern adopted by someone with narcissistic personality disorder, in his book ‘Narcissism and Modern culture’. He goes onto to explain this feature of inadequacy further – narcissists project their own needs onto the world, using people to fulfil these needs in order to protect their exaggerated self-esteem and fragile ego. In her book, ‘Trapped in the Mirror’, Elan Golomb stresses that this is done at the expense of ever reaching intimacy with someone because of the narcissist’s failure to acknowledge the other person has needs of their own.

Most researchers have linked the rise of narcissistic traits in modern society to the increased use of social media sites, in that they evidently reward displays of narcissistic behaviours. On social media sites, celebrities fanatically document every mundane event of their lives, indicating that because it is happening to them, it is not mundane and the attention they receive through likes and followers encourages their audience to do the same in order to be rewarded in the same fashion.

The reward system of likes, followers and subscribers pushes people into projecting their own needs onto their social media audience and using them to benefit their own social media platform. In addition to this, it seems people’s emotional connection to their social media sites can be traced back to the person’s endeavour to fulfil the needs on social media that aren’t being satisfied in their lives offline; social media is a way for them to escape the ‘inadequacy’ they ascribe to themselves‘ by appealing to somewhere where they can disguise such inadequacies through other people.

To fit into the ‘norm’ of a toxic, regressing and decadent society.

The prevalent use of social media and social media influencers disguises these dysfunctional traits as ‘normal’, encouraging, or even, expecting people to behave like this in order for them to fit into the ‘norm’ of a toxic, regressing and decadent society. The link, however, between the rise in observable narcissistic traits and social media use is only correlational, hence not entailing a causal link.

It is unclear whether social media platforms and narcissistic TV programmes are making us more narcissistic or rather narcissism is an inherit trait that is only expressing itself now that we have more platforms to do this and are alleviated of the social pressure to do so.

“In terms of personality disorder, I wouldn’t imagine social media is the cause but an expression. If you’re a narcissist, you’re looking for a positive reflection of yourself, the world is your mirror and you’re constantly looking for affirmation. For this reason, you’re probably curating your own life very heavily on social media,” says psychologist Lucy Clyde.

Since this link is unclear, more have leaned toward sociocultural changes as central mechanisms contributing to increasing narcissism in modern society. Individualistic cultures encourage greater focus on the self as opposed to collectivist cultures which stress the importance of social values and hence individualistic cultures are associated with nurturing narcissistic behaviour.

It's time to take down the Mona Lisa, says Jason Farago. "She has become, in this age of mass tourism and digital narcissism, a black hole of anti-art who has turned the museum inside out." https://t.co/oaNyJMxaNH

Recently published American books have found to feature more ‘narcissistic language’ than in earlier published books. This involves a greater use of personal pronouns like ‘me’ and ‘I’ than plural pronouns like ‘we’ and ‘us’ and an increase in self-centred phrases like ‘I am an important person’.

A large prominent study focused on the sociocultural differences in Germany, which had formerly been divided into Eastern and Western Germany by the Berlin Wall. This division led to two largely distinct social systems with different political, national and economic cultures.

Having grown up in a large suburban town in London, I have found myself trapped in the realm of mutual modern narcissism fuelled by capitalism which I believe encapsulated most of my day-to-day life. On buses in London, everyone is scattered around, with their bags discouraging anyone from sitting beside them. If you were to speak on the bus, all eyes and ears would follow you, as if that conversation were the most exciting thing they’d ever experienced.

I’ve seen it for myself- people see a suicide on the underground as an inconvenience, keeping them from where they need to be, rather than a tragedy. Since suicides happen so often in such a capitalist driven, busy city with such expensive living and little sense of community, people take an underground suicide as an opportunity to vent the importance of their needs, of their work or profession. The person who had taken their own life, to them, serves no more than roadwork on a busy road.

Everyone will be  swept up in a society of their own, rather than a unified one

Such characteristics are completely void of other people’s interests, so much that the continued exhibition of these traits, I believe will completely divorce everyone from the reality in which they inhabit. Everyone will be  swept up in a society of their own, rather than a unified one.

Featured image courtesy of Kevin Simpson via Flickr. Image license found here.  No changes were made to this image.

In article image 1 courtesy of @gilbertcruz via Twitter. No changes were made to this image.

What we can all do to Help our Poorly Little Earth