Fallout 4, 4 Years On: A Small Complaint 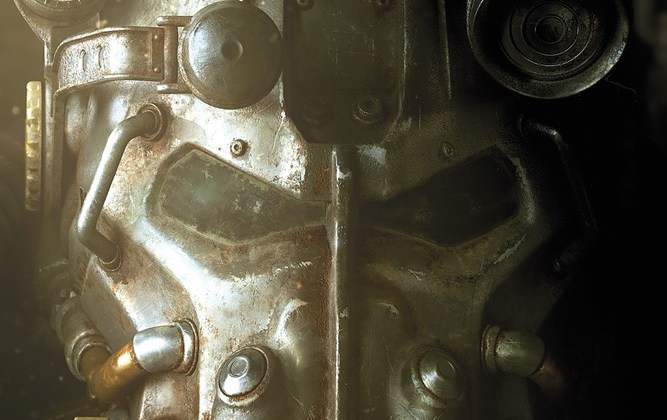 After Fallout 4’s four year anniversary, November 10th, now is the perfect time to reflect on the game’s two weakest points: The main quest, and the motives of the main factions.

You probably don’t remember the story the game was meant to tell us – we were all too busy building ridiculous bases and running around as the Silver Shroud – but the point of it all is rescuing your baby son. Said useless infant has been kidnapped by the shady Institute for the following reasons:

The Institute faction are so confusing to me; a baffling reskin of Vault-Tec. They don’t seem to have a purpose, and that’s so frustrating because if the Soul Survivor could take control of the group and redirect them, the player could enact real, fulfilling change in the Commonwealth.

If those scientists were just leashed a little and focused on helping humanity, can you imagine the good they could do? Vogel cures his strain of the FEV virus in a couple of days in his ramshackle cave-lab; they could find a cure for the supermutants easily. They create plants that might flourish in irradiated soil without producing contaminated fruits. Did they consider using this to make better measures to combat radiation?

The Synths are perhaps my biggest irritation with this game. Logically, the Gen-4 synths make no sense. Why would the institute want to replace random people in the system? I mean, it’s an interesting subversion of the “paranoid nutters think someone’s replacing people with robots” trope, but subverting expectations isn’t enough to make it a valuable part of the lore.

That’s enough about Synths. One day, I’ll write a whole article about why the Synths in Fallout 4 are such a let-down after The Replicated Man quest chain in Fallout 3.

You get the option, later in the story, to join the Institute. This could’ve been a challenging, nuanced plot-point. However, to become their leader you must accept slavery. The kind that’s brainwashed into someone’s core. Kinda black and white, right? In my book, Synths are humans too – they’ve just been bred into a subservience that no-one questions because they think they’re emotionless soldiers, no better that walking toasters.

On the other side of the fence, the Railroad faction’s mission is universally right, which, again, sucks the dramatic tension out of the plot. There’s no forcing the player through a moral decision; there’s an evil route and a humane route.

The Brotherhood – supposedly the moral middle ground – are also monsters. They hide behind ‘protecting people’ to justify eradicating all versions of humanity they don’t recognise. Peaceful super-mutants, ghouls, synths- all have to die, because the Brotherhood don’t consider them equal.

You end up with two villainous groups, a heroic group painted with shades of flaky grey, and… the Minutemen.

The less said about the Minutemen the better. How can you make futuristic cowboys that want to make the world a better place so bloody boring? It’s just running around saving settlements again and again, and none of them stay saved! (You know that bit in The Incredibles where Mr Incredible complains about the world always being in jeopardy? Never really understood that until Tempines Bluff went down seven times in a row, no matter how many turrets I put up.)

The game’s big twist isn’t even worth talking about, literally E V E R Y O N E saw it coming. Halfway through the main questline, you’re bored as all hell. You aren’t getting your son back, so why are you still trucking through the Commonwealth and stealing whole desk fans?

There’s no pressure or sense of personal responsibility

Revenge works as a motivator, unless you side with the Institute- in which case I guess your motive is sticking close to your son? Your old, evil, ‘supposedly wise but really just read an Intro to Philosophy book’ son?

The urgency of the main quest stalls. Nothing will help the Sole Survivor achieve their original goal, which ironically makes running around doing random quests more justified. There’s no pressure or sense of personal responsibility in rushing to defeat the Institute – you aren’t even destroying the evil you brought into the world, because Shaun means less than nothing to the player anyway!

It’s so frustrating because the game itself is wonderfully fun. The map is busy and filled with life, and the little stories being told there are excellent. My personal favourite is Devil’s Due, the quest chain set in a supposedly haunted museum, and a moral quandary involving the sharp end of a deathclaw.

Fallout 4 can create wonderfully morally grey characters: Deciding whether to not to allow Pickman to continue his “work” is perplexing. When the Sole Survivor tells him that he deserves death as well as the raiders, his reply “so sayeth one born killer to another” is genuinely chilling. It’s a moment that forces the player to consider this horrific serial killer’s point of view.

There’s no guilt or regret, I’m just doing what morally should be done.

Many times in my playthroughs I’ve let Pickman continue his gruesome work, reasoning that less raiders would mean less of a threat to civilians in the long run. However, it’s not a choice I’m proud of, and that’s why it’s so interesting to make.

When I casually destroy the Institute, there’s no guilt or regret, I’m just doing what morally should be done. And there’s no great satisfaction of removing the big evil from the Commonwealth because all the factions are meant to be morally grey, despite their alignments being so obvious. It sours the whole experience for me, because there seems to be only one way to play the game that doesn’t end with you as a horrific villain.

We Will Rock You @ Royal Concert Hall