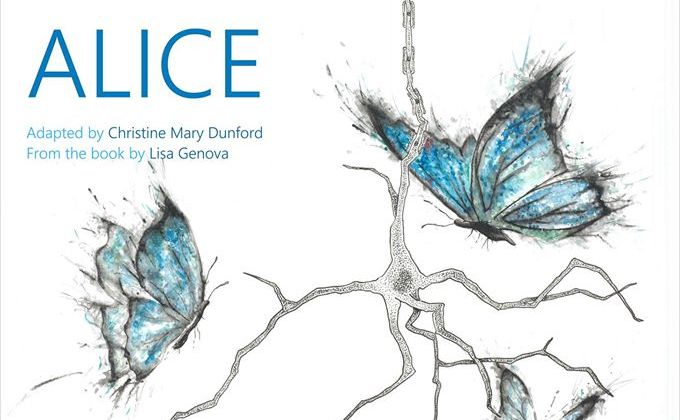 Best known for Julianne Moore’s Oscar winning performance as the eponymous, Christine Mary Dunford’s adaptation of Still Alice is playing at the Nottingham New Theatre until Saturday. Telling the story of a Harvard professor’s deterioration at the hand of early onset Alzheimer’s disease, Will Tillett’s direction had me absorbed from beginning to end. I was so utterly captivated by the story that I forgot to take notes, was not once bothered by the lack of interval and almost forgot that I was watching a play at all.

“I was so utterly captivated by the story that I forgot to take notes, was not once bothered by the lack of interval and almost forgot that I was watching a play at all”

Emily Rule’s enchanting portrayal of Alice turns what would be a good show into an outstanding one. Successfully escaping the restraint of being a first year student, even in the smallest action of standing up from a chair, Rule has the subtlety to make you truly believe she is a fifty year old professor.

“Her attention to detail in energy, voice and physicality is almost immaculate”

The scenes where she plays confusion, frustration and heartbreak are both stunning and agonising; her attention to detail in energy, voice and physicality is almost immaculate. It’s a shame that the other actors brought me back down to earth and reminded me that I was watching a student production.

While lacking the raw authenticity of Rule’s performance, the rest of the cast’s interpretations are nonetheless well characterised and indisputably poignant. Tillett himself steps in to play John with short notice. Although he does not quite pull off the age of the character like Rule, his delivery and emotional conveyance are still tasteful and heart wrenching.

“Overall, the characters are very well established and acted credibly”

With the context in mind, Tillett does a remarkable job. Lucy Chandler and Thomas Froggatt play Alice’s concerned children with sincerity. Chandler effectively draws empathy from the audience and has very engaging and genuine facial expressions throughout. Overall, the characters are very well established and acted credibly.

“The chemistry between the two Alices is electric and effortless”

Possibly the most important feature of this play is Alice’s relationship with ‘Herself’, a separate character whom is played humorously, yet harrowingly, by Lillian Race. The chemistry between the two Alices is electric and effortless, both really showcasing their talent as actresses. These parts are extremely demanding, yet neither can be spotted switching off for even a second. This airtight engagement with every moment of the play is admirable and is ultimately what makes this production transcend the theatre environment.

I found the choice to dress Alice in all black and ‘Herself’ in colour, rather than the other way around, slightly odd. However, this decision prevents Race from fading into the background a lot less than I expected; she pulled off the ‘invisible’ aspect remarkably well… one always knows that you’re not supposed to be seeing her, yet are always aware of her presence.

Going back to costume, I wasn’t completely convinced by the changing that occurs on stage. Despite it being practical as the play lacks a scene where Alice isn’t present, there could have been more creative alternatives to fill scene transitions while Rule changed costume.

The technical design for the show is clever and unquestionably fitting. The projections and music are not used to excess and make an appealing addition to the show itself. The naturalistic set was used effectively by all actors throughout the piece. However, the choice to have two sets of symmetrical table and chairs on stage throughout the first half of the play detracts from the aesthetic in a way which could have been avoided.

“As the first play that NNT has produced this year, ‘Still Alice’ launches the season with a bang”

As the first play that NNT has produced this year, ‘Still Alice’ launches the season with a bang. Tillett has pulled off this challenging play with elegance and style and crafted one of the most impressive student productions I have seen. If you long to spend an evening giggling, sobbing and jaw-dropping, I recommend you head to the New Theatre to catch their interpretation of ‘Still Alice’ before it closes on Saturday night.