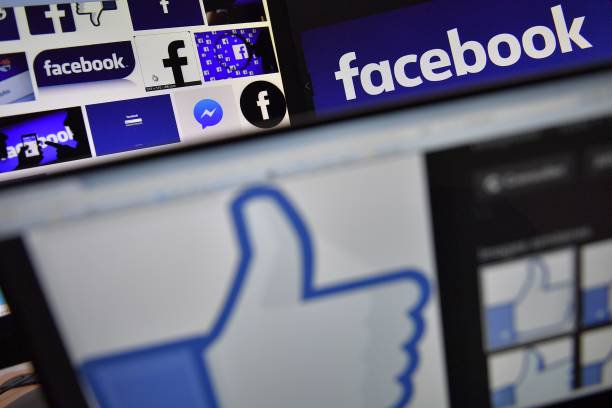 Since its emergence in the late 1980s when entertainment platforms like radio, television talk shows, and tabloid newspapers, took on prominent political roles and gave rise to the infotainment genre, new media has changed the face of politics beyond recognition. News Editor, Olivia Stock, explores the role of social media in the upcoming General Election.

Whilst when free and balanced, it can be an invaluable political asset, holding the potential to foster transparency and the dissemination of important electoral information, it can also make elections an even more confusing and delusive time. These days voters are forced to wade through a convoluted media system of contradictory facts, opinions and polls in order to decipher any real verifiable information, making the role of new media a hot topic for both politicians and voters alike in the run up to December’s snap election.

According to Ofcom’s survey of news consumption, social media is a primary source of news for 44% of British adults, second only to television, equal to radio, and ahead of newspapers. Gone are the days when the only sight of prospective candidates was a grainy party election broadcast or on the stump in your village hall; these days politicians have to be savvy online tycoons or risk missing out on a major access point to soft voters.

The world’s largest social network, Facebook, is at the forefront of this, offering politicians the indispensable ability to speak directly, unmediated by probing journalists’, to their audience of potential voters. Seizing this opportunity wholeheartedly was Labour party leader Jeremy Corbyn, who despite missing out on his Number 10 bid, was coined to have won the 2017 ‘digital election’ thanks to his lively and pervasive online presence during the campaign. This, and his subsequent surge in popularity with young voters, is likely to have contributed to the hung parliament which saw the Tories forced to form a pact with the Democratic Unionist Party, and demonstrates the gravitas of new media in modern politics. Currently leading in spending in the run up to this December’s snap election is the Brexit party who invested £19,600 on adverts in a seven day period during the month of October. But, not all online political advertising is this transparent as candidates during the last election demonstrated, with CTF Partners, the lobbying firm run by Boris Johnson’s advisor Lynton Crosby, being caught overseeing pro-Brexit Facebook ads purporting to be the work of grassroots activists. This kind of thing is the dark underbelly of social media’s political role and advocates the public’s need to approach the expanding world of online politics with a discerning eye.

“social media is a primary source of news for 44% of British adults, second only to television, equal to radio, and ahead of newspapers”

This revolution of online news sources has directly impacted traditional media streams such as the newspaper which no longer commands the nation’s central political narrative in the way it used too. As today’s news consumers can get the basic facts from a quick internet search, many publications have differentiated themselves by shifting from straight news to context and analysis, which has been accompanied by a significant decline in credibility. On 2017 election day, the Sun urged voters not to “chuck Britain in the Cor-bin” and described the Labour leader as a “Marxist extremist”, whilst the The Daily Mail said “Let’s reignite British spirit” while sporting a feature inside called “Your tactical voting guide to boost the Tories and Brexit”.

Many have also observed with concern the disproportionate right-wing weighting in the UK press; a phenomena supported by researchers at Loughborough University who analysed the extent to which different print outlets ran positive and negative stories about different UK political parties in the first week of the 2019 election campaign. They found that whilst the Labour Party was overwhelmingly targeted by negative coverage, in certain publications positive stories were almost exclusively reserved for Boris Johnson’s Tory party. With more alternative media sources than ever vying for attention, especially in election territory, questions of credibility and formality of content also swirl around newspaper journalism in the modern age – publications driven to shock-factor headlines and scathing personal dissections of politicians by a dwindling hope to distract from their phones potential readers as they walk by. This means that in newspaper journalism, perhaps more clearly than any other media, what news you consume depends so heavily upon which paper you pick up.

In spite of this, the humble television, which despite being almost completely abandoned by younger viewers, remains an easy and effective way to reach millions of older voters and influence election outcomes. In comparison to newspaper journalism, public service broadcasting operates a system characterised by a strong tradition of political neutrality, with statutory regulations by Ofcom requiring all news produced by broadcasters, television and radio to remain impartial and to provide balanced coverage.

“It is likely, therefore, that the phrase ‘digital election’ will be as prevalent as ever this election cycle.”

However, in light of the upcoming election, even broadcasting media has been accused of biased representation, with the Liberal Democrats threatening legal action against ITV if Jo Swinson is blocked from taking on Boris Johnson and Jeremy Corbyn in its general election leaders’ debate. These debates see political candidates clash heads whilst answering questions posed by the voting public, and are at the heart of televisions modern electoral influence. The two main political parties dominated campaign news coverage in a similar way during the 2017 election where 84 percent of the featured politicians were from the Conservatives and Labour, and on television these parties accounted for 67 percent of all appearances. This domination of media representation is likely to have contributed to these two parties ongoing monopolisation of UK politics and is a final way in which visual media can be seen to influence election outcomes.

It is likely, therefore, that the phrase ‘digital election’ will be as prevalent as ever this election cycle. With social media platforms commandeered by political advertisements and candidates crafting their tweets with the precision of party broadcasts, new media has changed election season almost beyond recognition. But as misinformed tweets and politically-dashed memes cannot win an election, it is important that online media streams make ongoing commitments to political transparency to ensure this December’s result is buried in fact not fiction.

Album Review: Blaenavon – Everything That Makes You Happy

Flooding Across the World: From Venice to Sheffield