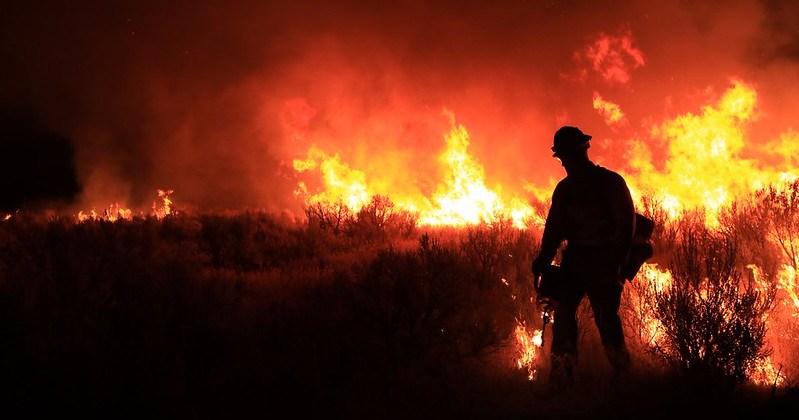 Scientists have confirmed that the 2010-2019 period has seen the highest average temperatures in history, making it the warmest decade on record.

Such “exceptional” global heat around the world has been driven by greenhouse gas emissions, the WMO (World Meteorological Organisation) has stated. Scientists have described how greenhouse gas emissions, from human activities such as driving cars, cutting down forests and burning coal for energy, are affecting the ocean. The ocean acts as a buffer by absorbing heat and carbon dioxide and is therefore “paying a heavy price”. For example, the waters are more acidic and marine heat waves are becoming more common.

Temperatures in the years between 2010 to 2019 were around 1.1C above the average. This evidences the scary reality that the world is creeping closer to the 1.5C of warming that scientist have warned will have dramatic impacts including extreme weather. Such extremes are already evident – for example, the ice is melting at both poles, and sea level rise has accelerated since the start of satellite measurements in 1993.  Two major heat waves also hit Europe in June and July of 2019, setting a national record of 46C in France.

The Secretary General of WMO, Petteri Taalas, has stated how the impacts of rising concentrations of carbon in the atmosphere are becoming increasingly harmful.

“Heatwaves and floods which used to be once-in-a-century events are becoming more regular occurrences.” Petteri Taalas

Such findings from the WMO have been released as the world’s governments meet in Madrid for a UN conference on climate change. Secretary General of the UN, Antonio Guterres, has warned that technology and economic means must combat the lack of political will for the cause. Gutteres notably contrasted the leadership and mobilisation evidenced by the world’s youth against the lack of action by leading governments. This is perhaps a nod to the likes of President Donald Trump, who recently withdrew the US from the Paris Agreement.

“Young people are showing remarkable leadership and mobilisation. [But we need] political will to put a price on carbon, to stop subsidies on fossil fuels [and start] taxing pollution instead of people.” Antonio Guterres

Guterres’ comments also shed a light on current youth movements including the Extinction Rebellion campaign. Figurehead and notable force for climate change response, Greta Thunberg, describes how the campaign aims to combat the failure of governments to protect future generations with decades of denial and inaction.

“The government has failed to protect us. To survive, it’s going to take everything we [the youth] have got.”

The good news, however, is that the WMO’s press release is a timely wake-up call. Delegates at the 2019 United Nations Framework Convention on Climate Change (COP25) will have no excuse to block progress, as the science is there to prove the need for urgent action.

For more on this issue, read the WMO’s press release here.

Featured image courtesy of BLMIdaho via Flickr. No changes made to this image. Image use license found here.