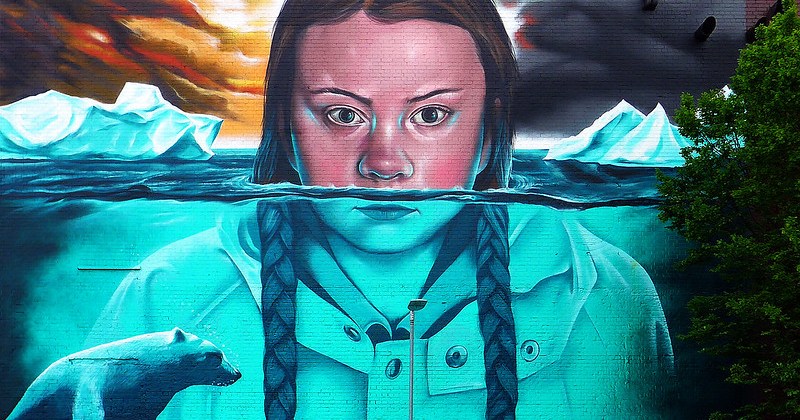 On the 11th of December 16-year-old Greta Thunberg was named Time’s 2019 Person of the Year, becoming the award’s youngest ever winner. Greta was chosen ahead of a number of other nominees including Donald Trump, House of Representatives Speaker Nancy Pelosi and ‘The Hong Kong Protestors’.

Greta began her stunning global movement in August of 2018 when she spent her days sat on her own outside the Swedish Parliament holding a sign that read “School Strike for Climate” while handing out flyers that she had put together herself, featuring climate change statistics as well the words, “My Name is Greta, I am in Ninth Grade, and I am school-striking or the climate. Since you adults don’t give a damn about my future, I won’t either”.

Since then, in just under a year and half Greta has made herself into one of the biggest voices in environmental activism. “It all happened so fast”, Time magazine said in the report they released along with the award.

In just 2019 Greta has been seen fist pumping with Obama, chatting on the Ellen Show, and schooling world leaders about the climate crisis at the UN. The term, ‘The Greta effect’ has become a normal phrase in media to describe the truly astonishing wave of environmentalism that has swept across hundreds of countries as a result of Greta’s inspiring words.

Denounced by Brazilian President Jair Bolsonaro as well as Vladimir Putin, Greta has had her share of criticism from some world leaders. Yet the teenager simply shrugs off these comments, even pointing fun at some of them by changing her twitter bio to include witty comebacks.

The ‘Greta effect’ has become a normal phrase in media to describe the truly astonishing wave of environmentalism.

Although Greta has been known to shy away from the media spotlight and has in the past rejected an award due to her frustration of the inaction of world leaders, she did gratefully acknowledge TIME magazine’s announcement, writing on her Instagram, “Wow, this is unbelievable!”.

It seems the sky is the limit for Greta Thunberg as now sets sail around the world, continuing her work as a part of her ‘FridaysForFuture’ movement.

Featured image courtesy of Andrew Gustar via Flickr. No changes made to this image. Image use license found here.

Becoming Your Uni You