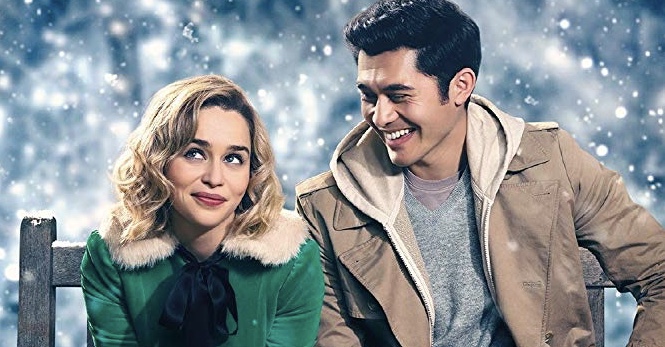 In Paul Feig’s George Michael inspired Last Christmas, coincidence and clichés will either leave you with festive faith or fighting for freedom.

“In this festive and musical romantic-comedy, Paul Feig attempts to enlighten his audience with life lessons”

In this festive and musical romantic-comedy, Paul Feig attempts to enlighten his audience with life lessons and hope this Christmas through presenting the redemption story of the protagonist (Emilia Clarke) in Last Christmas.

A rom-com would be nothing without a love interest, therefore Feig’s use of Henry Golding as the ruggedly handsome Tom Webster (who also plays a similarly mysterious role in Feig’s A Simple Favour) comes as no surprise as we see our isolated and troubled all-yea-round elf come to terms with adult life with the guidance of her chiselled guardian angel, Tom Webster.

“Feig wastes no time with the George Michael references”

Opening with a flashback of a happier and rosier childhood (contrasting with Kate currently drowning her sorrows in a backstreet London bar), Feig wastes no time with the George Michael references, as we see fangirl Kate carting her life from door to door in a George stickered suitcase, with Michael himself obviously playing in the background. Although the clear musical motif is made evident here, the lack of musical variation and the lack of explanation of Kate’s infatuation with George Michael must be criticised.

Yet Feig must still be applauded on achieving his apparent aim to capture the essence of Christmas, as the complex themes such as: family issues, love, health and just simply growing up are tackled eloquently, highlighting the movie as encapsulating the highs and the lows of the season of goodwill in just an hour and a half.

Although it would of course be appreciated if Feig explored the complexities such as the feisty family feud in more detail, he clearly has successfully captured the harsh reality that some individuals sadly have to endure in the festive season, whilst still keeping the  mood light-hearted in the idyllic London Winter Wonderland setting.

Like all rom-coms, Last Christmas is no stranger to the art of coincidence. From the seemingly perfected wide-camera angles employed by Oscar winning cinematographer John Schwartzman to capture the blissful illuminated backdrops of Tower Bridge, and the festive streets of London to the faultlessly timed meeting of our love interests, Feig’s use of coincidence could be seen as too much. Yet the unexpected plot twist towards the end (gaining a collective gasp from members of the audience I might add) without a doubt redeems, as some might say, Feig’s overuse of coincidence.

It goes without saying that Last Christmas cleverly evokes both emotion and humour from it’s audience, evidently deserving more than it’s 47% review on Rotten Tomatoes. Capturing the essence of the season of goodwill, the overuse of coincidence and George Michael references can be overlooked for an enlightening and humorous watch this season.

Last Christmas is out now in cinemas nationwide and is a must see for some feel good festive cheer.

Sex Education Failed Me and Every Girl in my Class