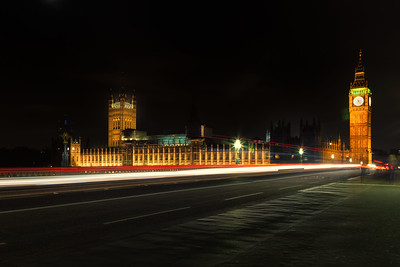 Think Tank IPPR North call for the devolution of Parliament to end inequality within the UK.
0 December 2, 2019 17:30 by Mia Haffety

On Wednesday 27th November, new research from Think Tank IPPR North found that the UK is ‘consistently more divided than any comparable country’ when it comes to mortality, productivity, income, unemployment, and politics.

The researchers found that mortality rates, the number of people that die comparable to the size of the population, are some of the worst in the developed world. Cities in the North including Blackpool, Manchester and Hull, are higher than regions in Turkey, Romania and Poland. Blackpool tops the list with 10.3 deaths per 1,000 inhabitants.

Regarding productivity, the UK again is topping charts as the ‘most regionally divided country of its size and level of development,’ which has not improved for a decade. The only countries that are more regionally unequal in productivity have considerably smaller economies and thus cannot be compared, the study argues. Furthermore, the research also shows that there is a £48,000 difference in disposable income from the wealthiest to the most deprived areas across Britain. This means Britain comes second to Israel on this count, and is more regionally divided than Germany, Spain and Italy.

The researchers argue that the problem lies with centralisation: “both political and economic power are hoarded by a handful of people in London and the south-east and this has damaged all parts of the country, from Newcastle to Newham.” Their solution being one of empowerment through devolution, giving all regions more in both power and funding. In fact, just in time for the upcoming general election, they state:

“the next government must lead a devolution parliament – an unprecedented and irreversible shift of power – so that England’s regions, towns and cities can work together to bridge our regional divides.”

With the release of this research, there is hope that the next government will act appropriately to change the devastating divide within the nation.

Featured image courtesy of Michael Levine-Clark via Flickr. No changes made to this image. Image use license found here.

What Does Being a Feminist Mean to You?