What Does Being a Feminist Mean to You? 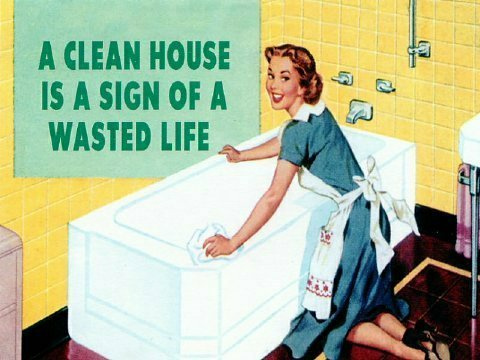 With so many different interpretations on feminism, it can be difficult to know what being a feminist actually means. I asked numerous people what feminism meant to them; there was unanimous agreement that feminism revolves around equality. Many stated that a common misconception is that feminists are men haters, or that feminists believe they are superior to men.

All indicated that believing in equality gives you the right to call yourself a feminist- it’s not a title purely for women. In fact, some wanted the role of men in feminism to be expanded and for male figures to speak more about feminism.

Interestingly, most people I asked declared themselves a feminist, apart from one person, who stated that referring to herself as a feminist meant she was judged and labelled. She also said that equality between men and women isn’t necessary in all circumstances. Some stated that men should use the term ‘feminism’ with delicacy, as “men can never understand what it’s like to be a woman”. There was a suggestion that a patriarchal society exists, which favours men and oppresses women.

The belief that women can't be complete without children lingers and leads to some pretty ignorant statements. https://t.co/3K01rSh3rQ

Google’s definition on feminism is: “the advocacy of women’s rights on the grounds of the equality of the sexes”. This definition seems to associate feminism as a woman’s movement and women’s liberation.  So, I decided to get some academic answers from an expert.

Dr Malgorzata Chalupnik at the University of Nottingham answered my questions:

Lujain Alkhalaf: What is your definition of feminism?

Dr Malgorzata Chalupnik: Feminism comes in many guises. While it generally revolves around better understanding and challenging social inequalities linked to sex, gender and sexuality, there are many different ideas that people have on its achievement. This is reflected in the number of different feminisms that we can describe.

Interestingly, many people who would not describe themselves as feminists hold the view that people should have equal access to these opportunities

Access to equal opportunity – in, for example, jobs or leadership contexts – and the wider social reform form the main agenda of liberal feminism. Interestingly, many people who would not describe themselves as feminists hold the view that people should have equal access to these opportunities irrespective of sex, gender or sexuality.

Radical feminism identifies the root of gender inequality in the systematic subordination of women, arguing that the society is organised in a patriarchal way (benefits only certain groups of people) so it needs to be reorganised in order to achieve equality.

Other popular feminist types include: post-colonial feminism – counterbalancing the predominant focus on white and Western experience in feminist theory, eco-feminism – which finds parallels between the causes of the destruction of the natural environment and gender inequality. Marxist feminism – which looks at this in relation to class, also shedding light on how domestic work is devalued. Other types exist, highlighting the diversity of perspectives that feminists have.

LA: What are the key misconceptions of feminism?

Dr MC: Feminism revolves around the idea of equality; perhaps the biggest misconception is framing it as something radical. Another popular misconception relating to the concept is viewing it as concerning only women/something associated with man-hating. For a long time, and perhaps even today, the word ‘feminism’ had negative connotations for some. Others argued the idea of its pastness, so there being no longer a need for feminism.

LA: Who should be allowed to call them self a feminist?

Dr MC: Given the continuing prevalence of gender inequality, and the ways in which it affects us all – perhaps in different forms but having an impact on our lives nevertheless, it’s important for people to continue using the term and putting feminism at the forefront of people’s minds. Norms and stereotypes relating to sex, gender and sexuality can arguably affect anyone so we should all be able to label ourselves feminists.

LA: What is your view on how feminism has evolved?

Dr MC: One really exciting aspect of feminism is its constant evolution. Feminist scholars compare the key developments in feminism to ‘waves’. The ‘first wave’ of feminism is popularly attributed to the suffragette movement, with suffragettes fighting for women’s rights to vote and property rights. The ‘second wave’ can be associated with the rapid development of feminism in the 1960s/1970s, this being closely tied to the civil rights movement and coining of terms such as ‘sexism’.

Since the 1990s, there has been an increasing recognition of the multiple identities that people have when talking about sex, gender and sexuality. This is tied to the ‘third wave’ of feminism.

Finally, what is termed as the ‘fourth wave’, the rise of ‘internet feminism’, which can be closely linked to online feminist activism as exemplified by the hugely successful #metoo campaign. It can certainly be said that feminist theory is entering mainstream discourse so, for me, this would be certainly one of the biggest recent developments as far as feminism is concerned.

LA: For anyone who calls them self a feminist what do they need to be aware of?

There is some critique of advertising that relies on ‘empowerment’

Dr MC: It can be a good idea to keep on reading about feminism and also perhaps be wary of the different ways in which feminism can be appropriated e.g. by companies for commercial gain. There is some critique of advertising that relies on ‘empowerment’ and other types of discourse traditionally associated with feminism that often runs counter to the feminist agenda, sometimes also reproducing normative ideas about gender that many feminists have tried to move away from.

LA: For anyone thinking of becoming a feminist, what do they need to know?

Dr MC: It would be good for the person to think about what feminism means to them and how – in their minds – equality relating to sex, gender and sexuality can be achieved.

For me, it seems the definition of feminism is too broad to define it in one sentence, but all perspectives revolve around equality. Feminism is not just for woman, it’s for anyone regardless of your gender, background and status etc. As a society, we have made significant progress in pushing for rights, but there is more progress that can be made. Finally, it’s not necessary to have a fixed definition in your head, just think about what feminism means to you.

Featured image courtesy of April Spreeman via Flickr. Image license found here.  No changes were made to this image.

In article image courtesy of @EvrydayFeminism via Twitter. No changes were made to this image.

November Book of the Month: Arc of a Scythe