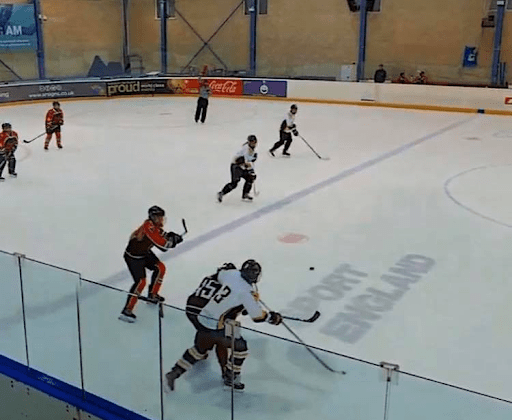 If you have properly immersed yourself in Nottingham’s culture, then you will know about the ice hockey buzz that surrounds the National Ice Centre – be it the Panthers, the Mavericks, the Vipers, the Lions, the list of teams (and aggressive animal names) goes on. With children as young as 8 up to people of any age able to learn ice hockey, it is a sport of mass and mixed participation. And yet on the female side of things, despite participation in female ice hockey being on the rise in recent years, there is still a distinct numbers difference between players who identify as men and those who identify as women. It is thus an area which with the Panthers (and from a worldwide perspective, the NHL) getting all the coverage, is perhaps left a little silent. As a female player myself, I wanted to talk to the University team and Vipers team (the female team for Nottingham) and explore the ice hockey world from the perspective of those who identify as female.

From my own perspective, I find the reactions to my sport rather amusing, with people exclaiming how hard and violent it must be. It is, like any sport, hard, and whilst body checking is not allowed in women’s ice hockey, we certainly know how to leave our opponents slightly battered. I took up the sport in freshers due to my want of a team and a love for skating, and I stayed in the sport for the addiction of doing drills well, the nicknames and the excuse to throw myself around in padding.

For me, the challenges come during the late nights walking alone through Nottingham to get to training- with my latest training occurring at 11:15pm (another one people react rather aghast to). From any perspective this is a nerve-wracking activity, and is something that can put people off the sport. Nevertheless, wielding a lengthy ice hockey stick, and the goal of a free ice rink without the cocky kids throwing ice or the rather terrifying toddlers with assist-penguins (believe me when I say they hurt), is one that drives me every week to pursue a sport I adore. In wanting to share the views of my teammates and coaches, I asked them how they find ice hockey as both women, and in general.

What inspired you to start playing hockey?

Cameron, 3 years experience: My dad used to skate and train with the Panthers and gave it up for work so I wanted to do the same and carry it on

Robinson, 4 years experience: Watching the women’s ice hockey on TV during Sochi 2014 Olympics. I’d never even skated before, but I knew straight away that it was the sport that I wanted to play. It looked amazing.

Meats, 10 years experience: I used to do figure skating as a kid but gave it up when I got to the dancing grades. My boyfriend used to play roller at Uni and wanted to give ice hockey a go, there was a learn to play session offered in Sheffield and he suggested we go together. We’ve not looked back since.

What reactions do you get when you tell people you play ice hockey?

C: Often I get “Oh my god do you fight”, “I can’t skate”, “do you hit people” I’ve shown up to places like college with bruises and been asked if I suffer from domestic violence.

R: “Isn’t that a bit aggressive? Do you get to punch people?” There’s usually a lot of enthusiasm though. Until I start talking about it and then never stop. Then they wish they’d never asked.

M: Most people are surprised and ask if it is dangerous otherwise saying ‘we’ll try not to get you too annoyed then’

How do you find the kit- wearing it, buying it, the fit?

C: As a reference for those who haven’t had to shell out for kit, ice hockey kit is the curse upon my bank account, with full kit requiring chest pads, elbow pads, shin guards, tape, gloves, stick, helmet, shorts, jersey, socks and skates, it is by no means a cheap sport. With the desire to buy as cheaply as possible, the fit is often compromised in favour of saving £50 and buying a male chest pad which does the job, albeit slightly compressing.

M: It’s a lot of kit to buy but it’s all for a reason. Getting kit specifically for a female body is more challenging but more brands are bringing out kit for women which is better now.

R: I don’t really have any problems with the kit other than it’s bloody expensive when you first start out and need to buy everything at once. One thing I have noticed though is that there aren’t a lot of chest pad options for women with larger breasts, or shorts options for women with wide hips, but I’m small so I just buy junior sizes. Oh, and another thing about the kit is that it always smells bad no matter what you do, but guy’s kits always smell worse than ours. 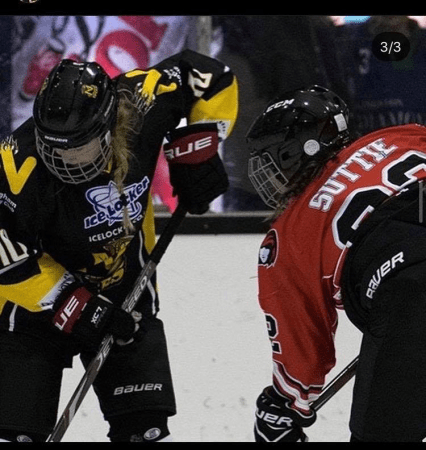 Thoughts on the late-night training? Do you like it? Or not? Why?

R: The 10pm starts I don’t mind, what’s way worse is the training from 23:45-01:15 on a Thursday night and then having to wake up at 8am for lectures the next day. I would much rather have training be late at night than have training at like 5 or 6am though.

C: I don’t hate it, I actually find that it keeps me from late night binging, as a teen it keeps my head straight, the only issue… is the Sunday nights before exams.

Have you faced any challenges in hockey due to being a woman?

R: For me I feel like I’ve been sat quite a few times for guys who’re not as good as me positionally or skill-wise. I can’t say for sure that it’s because I’m a woman, it may just be because I’m only 160cm tall. All I know is, it’s no fun to watch a big guy who can’t skate or shoot well, get to play, while I sit on the bench.

C: I’ve found playing in the under 18s league that you’re often seen as something that needs to be protected, coaches often treat you as though you’re a baby in boys leagues, however I took every opportunity to show my strength and ability was just as good as their boys, I’ve continued to do this into male rec becoming a dominant and respected member of the team

M: No, I’ve been accepted at every level I’ve played. From Rec to league hockey everyone has accepted me. I’ve had a few moments on the ice where I’ve been shouted at for being a woman, but that usually comes from a lad that I’ve taken the puck off.

C: I have a few actually, but I think the one that stands out to me, was the time I got checked in an 18s boys game, landed on a knee still with the puck on my stick and whilst down I made a cross ice pass which ended up being an assist, it went from being embarrassing to being impressive.

R: Probably scoring the go-ahead goal for NTU in Battle of Notts 2017. (We lost in the shootout in the end, but the elation when I scored was amazing.)

M: Favourite hockey moment is probably winning the league with Vipers last season. It was an amazing season and something I will never forget!

With Nottingham University and Trent hosting ice hockey teams levels A-E, it truly is a sport for all abilities and genders. Whilst it can be challenging in all kinds of ways and for a variety of reasons, the support and camaraderie of the sport is extremely welcoming and comforting. You may be a bit sweaty and bruised, but it’ll be because you threw yourself in (often quite literally). As many have found, you might just have to push a little bit harder to get to where you want to be.

If you want to get involved in University (the Mavericks) or Nottingham Ice Hockey, contact nottingham.mavericks@outlook.com, INFO@NOTTINGHAMVIPERS.CO.UK or INFO@NIHC.CO.UK or visit https://nihc.co.uk/