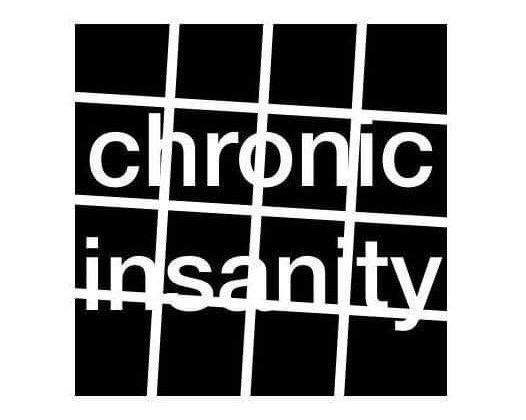 PVC transcends boundaries between fact and fiction in this extraordinary Nottingham based VR experience.

Chronic Insanity is a newly formed Nottingham based theatre company. It is directed and run by both Nat Henderson, a current English MA student and her partner Joe Strickland, a PhD student in computer science. PVC seeks to combine VR technology and theatre to create a truly unique audience experience, with performances taking place at Nottingham Playhouse on Saturday 15th February.

I got off my tram at Lace Market, speed walking down Hockley’s cobbled streets before arriving at my destination. In the foyer of Broadway Cinema, I was eagerly greeted by Nat Henderson, a graduate from the University of Nottingham, who is now undertaking her master’s degree in English part time whilst juggling a theatre company. An admirable feat by anyone’s standards!

I was then escorted deep into Broadway’s underbelly to a small corner room which was set up with a single chair and walls which had been blanketed with white sheets. There Joe, the mastermind behind the VR technology, introduced himself and I was invited to take a seat and suit up with the VR headset and a remote that turned into a lightsaber-esque implement once in the simulation.

Once I pressed play, the immersion was immediate. The VR performance takes place in the same space, that you, the audience is physically sat in.

Admittedly, it was odd looking down at the spot where I had mere moments before dumped my bag to find it had vanished!

“The immersion was immediate.”

The scene opens with the introduction of our first character. He walks into the room with a hesitant yet naïve swagger, peering behind the sheets hung on the walls and fiddling with a small device he finds on a shelf before clumsily breaking it.

He is confused. We are confused. Both actor and voyeur are invited to inspect the setting from all angles. Once our next actor enters, we immediately come to the realisation that our leading man is not meant to be there at all. Thompson (played by Alex Levy) is not Thompson but an imposter who went through a dead man’s belongings and thought the job of obtaining and passing on a package was an innocent and easy task that would score major cash. 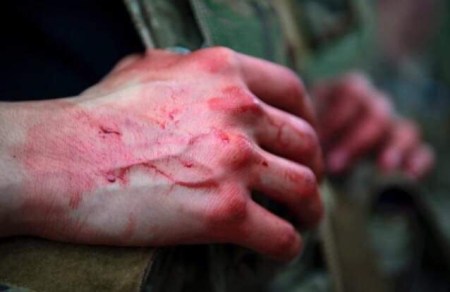 Miller (played by Lily Bailes) is a veteran at the job enters the scene and realizes the mix up alongside the fact that the intruder has messed up careful preparations to ensure the mystery courier and boss don’t turn up unannounced and potentially terminate them. What then follows is a series of coincidences, comedic screw ups mixed with a few sinister notes and a shockingly decisive conclusion.

After the Recipient (played by Jake Levy) exits the scene by turning off the lights, the VR went into night vision mode which gave it the eerie feeling that you, the character has been left behind at the crime scene. Furthermore, once I took off the headset, I found myself also left alone in the same now darkened room.

“A production with all the vigor of Shakespeare’s comedies with a modern storyline.”

I’ll admit that for a few minutes I found it difficult to separate my reality from the fiction I had just watched unravel before my eyes. However, I believe that is how you know that both the technology and acting was five stars!

A production with all the vigor of Shakespeare’s comedies with a modern storyline, laugh out loud jokes, intense climaxes and state of the art VR technology- this performance was unlike anything I had previously watched, and dissolved the boundaries imposed by standard theatre. Yet, it still maintained variety as I found that I could choose which actor to turn to observe or from what viewpoint to view the room.

I believe Chronic Insanity have created a production that is both rare and fascinating in that no two people’s experience will ever be the same and am excited to see what they do next!

‘Chronic Insanity is a Nottingham-based theatre company led by Nat Henderson and Joe Strickland, two theatre makers interested in challenging every element of theatre making, from the inception of the idea to after the final performance. They are in the middle of an ambitious project in which they are staging 12 shows in 12 months.’

PVC is being performed at Nottingham Playhouse at Amplify festival, Saturday 15th February – performances every half hour between 2pm and 4:30pm. Tickets available here.