A Call for Love in the Midst of the Coronavirus 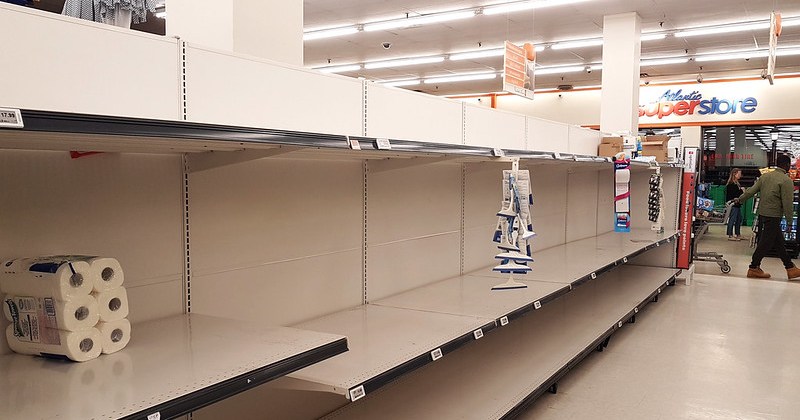 The tone in the air this spring is different. In lieu of the fragrance of flowers and cocktails in beer gardens, there is the scent of hand sanitiser flooding the air. There is an unprecedented multitude of people roaming the streets in masks. A single sneeze or cough on public transport will earn you the peripheral sight of people crumpling their faces and taking two steps away from you.

Even if you don’t present any symptoms of the coronavirus, the fear of contracting it is causing people to move away from anyone in close proximity. In the ten times I have had to catch the tram these last few weeks, I have seen the carriages brimming with tired workers and schoolchildren – few of whom dare to sit next to someone. Many would rather take their chances trying to stand among the ripples of the frenetic vehicle, wrapping their arms around the poles  to avoid placing their hands on them.

With the coronavirus outbreak worsening each day and more reported deaths rolling in, anxiety has become the cornerstone of daily life. It has undoubtedly become the hallmark of spring 2020.

The retired factory worker with an immunocompromised system wanders the vacant supermarket aisles, leaving the building slowly, crestfallen and exhausted.

However, people are stockpiling as though Armageddon itself has fallen upon the world, afraid supplies will be decimated in the coming months. Little regard for others is showcased. The retired factory worker with an immunocompromised system wanders the vacant supermarket aisles, leaving the building slowly, crestfallen and exhausted.

Such avaricious behaviour is not just a sign of anxiety and fear. Such avaricious behaviour illuminates a notion previously tolerated on a mass scale but not watered: the West is teeming with selfish sentiments. We have lived under the roof of a virulent strain of capitalism for innumerable years. We have internalised the contention it is every man for himself; that if we want something in life, there are no barriers at large to stop us from getting what we want. In this sense, we have not learned to question the limitations of ambition. We have not learned to question the extent to which our privilege blinds us from the setbacks others face.

We do not need to buy fifteen bottles of hand sanitiser. Deep within us, we know there are others who need the last bottle on the shelf more than we do.

Well, it is beyond time to let empathy and compassion win for a change. We do not need to buy fifteen bottles of hand sanitiser. Deep within us, we know there are others who need the last bottle on the shelf more than we do. Companies who are charging ridiculous amounts of money for four rolls of toilet paper are only adding to the anxious individual’s plights. We have let money rule the roost in society for what feels like forever, and now, through the instrument of the coronavirus, we are starting to see how the celebration of such a system is affecting everyday people.

Websites should not be allowed to sell kitchen towels at forty pounds a pop.

I would not call myself a socialist. I have never been someone who has subscribed continuously to the principles such a belief system teaches. I would also not call myself a capitalist. But even though these truths firmly stand, I believe at the very least, society needs to be pumped with a desire for a system of capitalism with a conscience. Policies need to be put in place that allow many workers to self-isolate with their wages remaining uncompromised. Stringent policing of consumer habits needs to take place so companies, especially in this anxious climate, know which items they need to place more restrictions on. Websites should not be allowed to sell kitchen towels at forty pounds a pop. Such endeavours show an unapologetic harnessing of catastrophe for socio-economic gain and it is absolutely disgusting.

Many fear speaking out against virulent strains of capitalism because they are afraid of being labelled a communist. Just last week, I critiqued society’s money-related selfishness on social media and was accused of brownnosing a dead . But we cannot live in fear of these admonitions. People have always found ways to subjugate societal dissenters. We live by the imposition of narratives, and any line of thinking that runs contrary to sedulously cultivated narratives we have grown up with we therefore shut out. This is an issue we need to aim to stamp out with the perpetuation of well-informed conversation. Besides, the notion a person adheres to either strict capitalist or communist ideologies is indicative of a wider issue: we place too much of an emphasis on binaries within society. Things are rarely straightforward. A consideration of nuances is what helps ameliorate issues within the world.

Part of me is afraid that once the coronavirus outbreak is stabilised in the West, we will revert back to our myopia towards capitalism’s viciousness. We cannot let that happen. I am not saying we should partake in a militaristic revolution and unilaterally decide capitalism needs to be completely eroded; I am saying that if we are going to keep a system of capitalism at play, we simply need closer monitoring of the way it operates.

Even after reading this, some will still deny both the immediate and long-term dangers of stringent capitalistic rhetoric. Some will say such capitalistic rhetoric needs to be eroded incrementally, and that the swift ascension of love to the throne is too much of a radical endeavour, particularly in this context.

Well, all I can say to that, then, is that our world truly is befouled if we consider love to be a radical idea.

Featured image courtesy of Indrid__Cold via Flickr. No changes made to this image. Image license found here.

30 Disney Films We Should All Be Watching in Self-Isolation