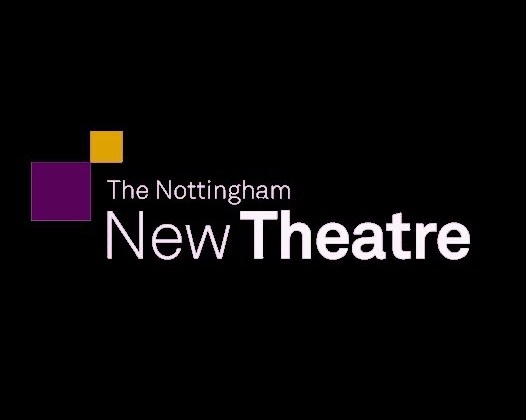 Daisy Forster investigates the impact of the coronavirus pandemic on the university’s performing arts societies.

As Coronavirus sweeps across the globe, holidays have been cancelled, businesses closed, and the curtains of the west end have fallen for the last time in the foreseeable future. But how has social distancing affected the societies of campus, following advice from the Student Union to stop all activities?

Speaking to the presidents of four of Nottingham’s most renowned societies, there was a clear sense of shared disappointment between them. Many of the presidents are in their final years of study and were visibly disheartened that their societies have lost more than a full term’s worth of performance opportunities.

Lucy Boardman, third year History and Politics student and president of Musicality, expressed her disappointment after having to postpone two shows last Monday. This included their showcase which was due to take place less than a week after its cancellation and their first ever ’48 Hour Musical’, a production of Disney’s ‘High School Musical’.

In the true spirit of musical theatre, the Musicality Facebook page has been dotted with positive messages

However, Lucy was keen to emphasise that ‘the show must go on’ and remains positive that these performances are postponed and not cancelled, hopefully to be performed either next term or, worst case, next year. She believes that the hard work of Musicality’s membership should still be celebrated despite circumstances.

The committee are awaiting official advice from the Student Union to decide the fate of their second main show of the year, a production of ‘RENT’, which is due to be performed in early June. In the true spirit of musical theatre, the Musicality Facebook page has been dotted with positive messages, including a competition for the best ‘social distancing musical pun’; a few of my favourites included ‘Homeschool of Rock’, ‘The Lie-in King’ and ‘Guys and Toilet Rolls’.

Possibly the most affected by the pandemic is the New Theatre, whose bi-weekly shows have been called off indefinitely.

MusSoc’s third year president, Amber Frost, discussed the implication of social isolation on mental health. MusSoc have unfortunately had to cancel all rehearsals, several of their frequent ‘Lunchtime Concerts’ and their Sinfonia Concert, scheduled for 28th March. Amber recognises the importance of social distancing in preventing the spread of the virus but is concerned for the mental wellbeing of herself and her fellow performers in these difficult times.

President of UoN’s Gold Star A Cappella Society, Sultan Chaudhury, a PhD Genetics student has found the situation difficult to handle due to its uncertainty. With original advice from the SU being ‘Business as usual until further notice’, A Cappella explored different ways their ‘Spring Fling’ concert could still take place in some form. Due to take place on the 21st of March, the same weekend as Musicality’s Showcase, the concert is the only opportunity that many of the society’s non-competitive groups get to perform, causing great disappointment among its membership.

there have been silver linings for the societies throughout this tough process.

Sultan and his committee tried to organise a downsized version of the showcase or even an online live stream before all proceedings were then cancelled officially on the 17th March, just days before the performance was due to take place.

Possibly the most affected by the pandemic is the New Theatre, whose bi-weekly shows have been called off indefinitely. The news was a particular disappointment for the production team of ‘Trojan Women’, who only received the news of the closure on the day of their dress run.

Rohan Rakhit, the President of the theatre, stressed upon the group’s role as a student run service, meaning that they run like an independent small business. Due to a large portion of their budget being spent on non-refundable licencing for the shows they produce, this money will not be made back in ticket sales and fallout could continue into next year.

NNT have committed to doing everything in their power to get as many of the on-hold shows to stage as possible.

He also alluded to the uncertain future of the theatre’s summer festival StuFF and the two shows they are taking to Edinburgh Fringe, both events that have a large role is establishing the theatre’s name outside of Nottingham. As a committee, NNT have committed to doing everything in their power to get as many of the on-hold shows to stage as possible.

However, this is dependent on the date the government gives the ‘all clear’ and the circumstances that that is under. When asked if there was anything else he’d like to add, Rohan emphasised how upset he is at the closure of the theatre and the cutting-short of his final year. Everyone at NNT dedicate so much time to their shows and for so many to potentially not go on would be a great shame.

Although it is a saddening that so many performers- and indeed their audiences- will miss out on shows this term, there have been silver linings for the societies throughout this tough process.

Both Sultan and Lucy spoke of the support that each of the musical societies had extended to each other, promising to make every effort to attend each other’s concerts if they still went on in a downsized format, and to continue with this pledge when they eventually do go forward. Lucy also noted that they would like to extend this offer to any other performance-based societies, to make an effort to celebrate each other’s hard work and ensure the rescheduled shows get the audiences that they deserve.

As we see communities come together to look after the vulnerable in this crisis, the same can be said for the societies of Nottingham University. While there are worse things than the cancellation and postponement of shows and many in the world are suffering more greatly than those of us at the university and in the UK, it is an undeniably unfortunate situation for everyone who has dedicated their time and effort to these productions. This being said, there is no good time to have a pandemic and our thoughts are with all those whose families have been affected.

The Ups And Downs Of Supermarket Rationing