The Ups and Downs of Supermarket Rationing 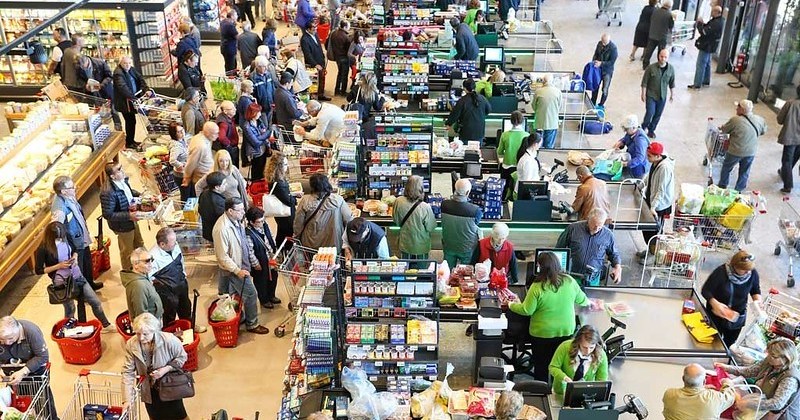 For many people, hearing about the rapid spread of the coronavirus understandably resulted in panic buying and stockpiling. However, this resulted in many empty shelves in the supermarkets and a complete wipe out of soap, hand sanitiser and toilet roll. As the panic continues, more items have started disappearing from the shelves like bread, water, pasta and frozen items. Therefore, in the hope of controlling customers stockpiling, many shops have started rationing items. But what impact does this have on people?

So, let’s start with the positives of supermarkets rationing. It helps to put a stop to some of the selfish behaviour that has been going on, with people not leaving enough items for others. I personally found a massive difficulty in finding yeast after visiting many supermarkets and only having luck in a small corner shop. Many supermarkets like Sainsbury’s and Tesco have recently limited the number of all items to three per customer (with further limitation on items like soap and tissue). Big retail stores like Costco, have limited all items to one per customer. This is positive in trying to ensure that people can still buy items and shows that shops are being considerate.

However, for bigger families, supermarkets rationing items may be stressful. It means that they potentially have the same number of items as a smaller family although they are feeding more people. Additionally, with shops rationing the number of items you can buy, it may mean that people are forced to go into supermarkets more often, than if there wasn’t rationing of all items.

This is not good as the government have advised people to stay indoors as much as possible to help reduce the spread of the virus, which is causing a massive burden on health workers. I mean, there’s always the option of online delivery (although online rationing is also happening), but many time slots are disappearing so people may have to wait a few days until they receive their groceries. I get the feeling that people who stock piled are feeling quite smug.

In Nottingham, many supermarkets are still closing at their usual time which can help to reduce shops from being too overcrowded at once. However, store closing time may soon change. Supermarkets have also been opening a few hours before they usually would, to allow NHS workers and elderly people to be able to buy groceries.

But lately some supermarkets were so overcrowded by these individuals (with people queuing up hours before opening times) that many people couldn’t get in. This overcrowding means that the government guidelines of 2 metre distancing of people aren’t being followed, which causes a risk of infection spreading. Many smaller stores are now limiting the number of people in their shop to 10 at a time. Additionally, it’s not like supermarkets aren’t restocking shelves but by the time the rest of the public go into stores, most of the items have already gone, despite the rationing. You can imagine the concern for families with young children or vulnerable individuals.

So, rationing is really good in trying to help more people get their hands on the items they need and in trying to control the panic. Nevertheless, there should be more consideration to the number of people in each household with regards to how many items they can buy.

Featured image courtesy of Paul Townsend via Flickr. No changes made to this image. Image license found here.