Do We Need the Royal Family? 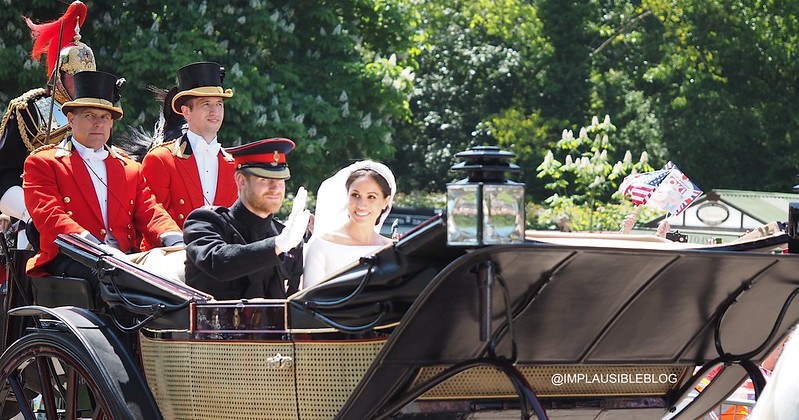 With many countries having abolished their monarchies, it begs the questions does Britain really need a royal family? For me I’ve always been a royal fan. I love what the royal family represents in terms of historical continuity and culture. I believe that having a royal family sets Britain apart from other countries and is a great focus for British tourism.

However, looking at data it appears that the popularity of the royal family has decreased over the years. In 1997, a poll was conducted finding that 16% of people across Great Britain felt that Britain would be better off if the monarchy was abolished, 53% felt that Britain would be worse off and 28% felt that it wouldn’t make a difference. In comparison, a poll was conducted in 2020 which showed massive variation in opinion: 62% of the people across Britain felt that the British monarchy should be abolished, 22% felt that it shouldn’t be abolished and 16% stated that they don’t know.

The royal family has shown significant commitment to charity

But let’s think about the positives of having a royal family. The royal family has shown significant commitment to charity works over the years and have helped shine a light on many aspects like health, education, the environment. There are currently 3000 charitable organisations which list a member of the royal family, with the Queen being a patron to 510 charities in Britain.

Additionally, Kate, William and Harry have worked closely to tackle stigma associated with mental health through ‘The Royal Foundation’s Head Together’ campaign in 2016, which is vital work for raising awareness and encouraging people to speak up about their mental health. Therefore, having a royal representative for many of these charities and organisations allows important publicity and their massive achievements to be recognised.

The royal family can act as a focus for national identity, unity, continuity of a deep-rooted royal dynasty and can provide a sense of stability

Additionally,  there is financial benefit to having a royal family through increase in tourism as there are still many royalist fans out there. It’s estimated that tourism linked to royal residences like Buckingham palace are visited by 2.7 million  people per year. The ‘Brand Finance’ estimated that the monarchy contributes to £1.8billion to UK economy annually and with the royal family acting as ambassadors, this leads to an increase in trade reportedly worth £150million per year. For people in support of the monarchy, the royal family can act as a focus for national identity, unity, continuity of a deep-rooted royal dynasty and can provide a sense of stability.

On the other hand, the greatest reason for abolishing the role family is the financial burden that the taxpayer feels. Taxpayers pay about £345million a year just to have a head of state, with The Time stating that the British monarch is “one of the most expensive non-political heads of state in Europe.”

Additionally, taxpayers have to pay for royal marriages, where for many, the huge sums spent is better off on e.g. health services. Even though, royal weddings generate some income for the UK through tourism, retail fashion, PR value (Meghan’s wedding brought an estimated of $1.43 billion), the YouGov survey shows that 57% of British adults believe that the royal family should pay for entire royal weddings. William and Kate’s wedding reportedly cost taxpayers £34million and Meghan and Harry’s wedding cost the taxpayer £32 million with £30 million spent on security. Although taxpayers weren’t happy to be paying for either royal marriage, the media’s perception of Meghan seems to have been far more negative.

The media’s perception can create massive dislike to royal members

Continuously, the media’s perception can create massive dislike to royal members. It often feels that the media’s encouraging a popularity contest, just look at how Kate and Meghan are often compared. For me the only really positivity of not having a royal family is the greater freedom of these individuals in making their choices without fear of backlash, like Meghan and Harry’s decision to step down from the royal family.

Latest data shows that only 46% of the British people support Harry and Meghan’s decision to step back from royal duties and only 33% feel sympathetic towards them. Additionally, their popularity ratings have dropped from October 2019 to January 2020. For Harry it dropped from 71% to 55% and for Meghan it dropped from 55-38%, making her the least popular member of the royal family. Linking to their exit, Meghan and Harry’s Windsor home ‘Frogmore Cottage’ which cost taxpayers £2.4 million, is likely to be paid back as ordered by the Queen (understandably as they’re aren’t living in the UK full term).

Well, it’s apparent that a lot of the population see the royal family as a greater financial burden than generators of income. With many countries having survived without a monarchy it’s clear it isn’t necessary for the survival of the people; for many abolishing the royal family can feel like greater modernisation.

Yet, the royal family are symbolic and represent of the national identity of the people, helping to bring together a country deep rooted in history. Their role in charity works and their spotlight on many topics is outstanding. So, for me having a royal family adds value to Britain.

Featured image courtesy of Farrukh via Flickr. No changes made to this image. Image license found here.

Behind The Scenes at NNT: All My Sons by Arthur Miller