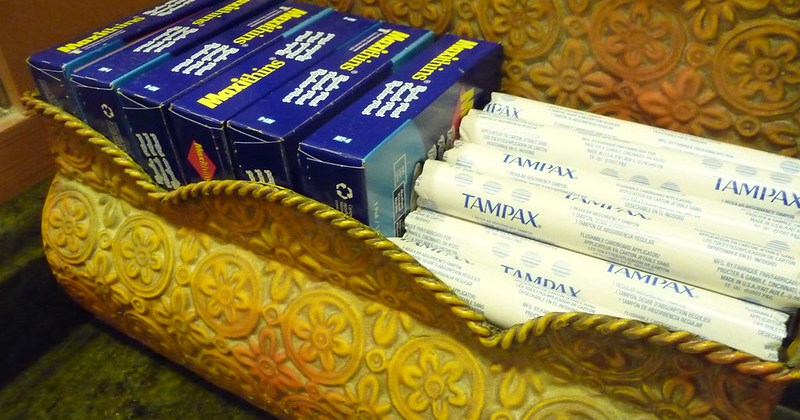 Period poverty is a huge issue across the globe, and is especially detrimental to the education of school children; with an estimated 49 per cent of young woman aged 14-21 having missed an entire day of education because of their period.

It’s about time that the government recognise the need to step in and ensure that “no young person misses out on their education because they have their period” – which is the tagline on The Red Box Project’s website. Due to the hard work and campaigning from The Red Box Project, the UK government have implemented new legislation to give state-funded primary and secondary schools across the country free access to sanitary products.

The Red Box Project is a non-profit organisation, founded in March 2017, with the aim of filling up red boxes with tampons, pads, tights and underwear to give to schools. The initiative started with three friends who wanted to give the young people in their community access to free sanitary products. The project quickly spread nationwide and groups of people in different areas began working tirelessly to guarantee as many young people as possible have access to period products. They fundraised and collected donations in order to make sure the red boxes they gave to schools would never empty. According to a study conducted by Plan International, 1 in 10 women in the UK are unable to afford sanitary products; this means young people miss out on their education and therefore are unable to break the continual cycle of period poverty.

The government’s new scheme will hopefully provide what is necessary to not only end period poverty in the UK; but to also kick-start a trend for other countries world-wide. On the official government’s website, they have made a commitment to end global period poverty by 2030.

The Red Box Project are also committed to reach this goal, and whilst they have closed down their UK projects, they are working overseas to ensure as many young people as possible across the world can have the same access to free sanitary products. It is evident that the organisation’s global efforts are also effective; on 29th February 2020, the Red Box Project Niagara’s Twitter page sent out a Tweet confirming the news that “the District School Board of Niagara will be implementing their period equity pilot by the end of this semester.” The important influence that the Red Box Project has across the world on tackling period poverty cannot be overestimated; it marks a significant shift in sexual and reproductive equality, in ensuring all genders have access to the same basic healthcare.

However, there is still room to improve, and one of the key topics that the Red Box Project focuses on is negating the stigma surrounding periods. Plan International reported that in the UK only 1 in 5 girls feel comfortable talking to a teacher about periods. This shocking statistic shows that whilst providing free sanitary products is indeed a huge step towards equality; young people still feel embarrassed when talking about their menstrual cycles with adults, and therefore may feel too self-conscious to ask for the sanitary products they require.

This is down to the fact there is still a huge stigma attached to discussions around female reproductive health. With plans to include “menstrual wellbeing” as part of education for young people, the government’s new scheme will hopefully help to tackle this stigma and encourage more open discussions on menstruating, as well as sexual and reproductive health.

Giving free sanitary products to schools across the UK would not have been possible without the work of the Red Box Project, which was vital in ensuring this legislation would pass, as well as opening up discussions on menstrual health.

This brings up the question of why aren’t sanitary products free to access for all menstruators across the country? Now that they are free to all schools, the next step in equality should be to make them as accessible as possible, by at least removing the tax off the price, or better yet, making them free for everyone. Having a period is uncontrollable; it’s a natural human function; should people on the breadline really be forced to choose between groceries or sanitary products?

Featured image courtesy of Bev Sykes via Flickr. No changes made to this image. Image license found here.