Are Parents and Teachers Right to Fear the Reopening of Schools? 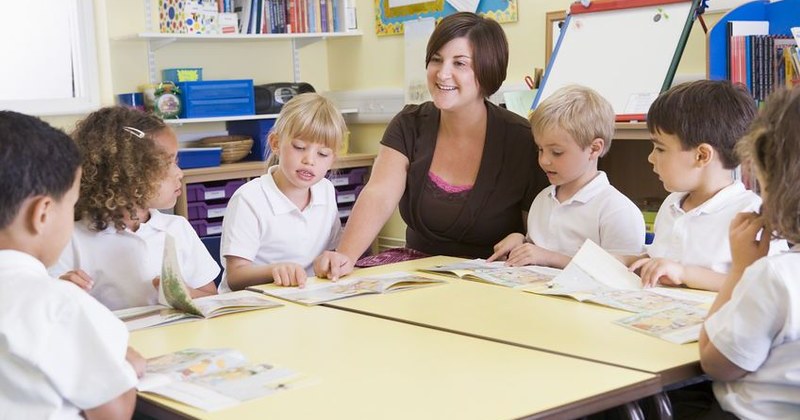 Upon listening to the Prime Minister’s speech on Sunday evening, I experienced a brief moment of euphoria at the prospect of my 6-year-old stepbrother returning to school in June as part of the phased return of pupils. This moment was short lived, however, as I started to question – just how are they going to make schools a safe space amidst this pandemic?

I am not alone in my doubts it seems as nine unions, including the National Education Union and the National Association of Head Teachers, have produced a joint statement rejecting the new plans for the reopening of schools (starting with Reception, Year 1 and Year 6) amidst fears over the safety of pupils and teachers alike. The statement attests that they “want schools to re-open, but that should only happen when it is safe to do so” and that the government is displaying a “lack of understanding” surrounding the dangers of Covid-19 transmission within schools. The Unions are also calling for a wider roll out of the test and trace scheme, full risk assessments of schools, and more resources for enhanced school cleaning and PPE before schools can be reopened.

It is no secret that personal hygiene is not exactly the top of most young children’s list of priorities, nor is maintaining a safe distance when they have been deprived of social interaction with school friends for weeks. Without any concrete plans for what some may consider to be the new age of education will look like, many families are left anxious over sending their children back to school – despite the struggle that thousands have experienced as they home school during lockdown.

The safety of teachers is also of paramount importance. Questions are being raised as to how to operate when they have vulnerable staff; will they need PPE? If they do will they be provided with it? Looking at the current shortages of protective equipment for NHS and healthcare workers, the answer, for the moment, seems obvious.

Many teachers’ jobs will now include an operation of crowd control

Whilst vulnerable children and those whose parents are key workers have still been in attendance during lockdown (approximately 2% of those who normally attend), if thousands more return to school, many teachers’ jobs will now include an operation of crowd control.

Even more worrying are the recent statements from Osama Rahman, the chief scientific advisor for the Department of Education. He revealed that the department had not been involved in the decisions surrounding the reopening of schools and had not assessed the safety guidelines given to schools, or how they might be implemented. As to the claim that children transmit Covid-19 any less than adults, Mr Rahman said he had “low confidence”. This striking honesty regarding the lack of input they have been given is alarming at best. Even more suspiciously, the DfE later circulated a letter from Mr Rahman containing a U-turn in which he claims he was “closely involved” in decision to reopen schools and “full confidence” in the plan set out by the government.

I believe the real problem here is a lack of factual information. Mr Rahman’s claims are being both supported and disputed in the media, with the Telegraph writing that “The scientific evidence is now overwhelming that children under 10 do not pass on the virus” and that parents need to send their kids to school if they are to return to work and “get the economy moving again”.

The frustration felt by many parents and carers (and myself) across the country as they juggle working from home and caring for children full time is evident. I do not believe there is a single parent who does not wish their children could return to school to receive the benefits of socialisation and teaching from trained professionals – but this is not what is at issue. The issue is whether they believe it is safe to send their children to school, and these concerns are not ones to be dismissed or taken lightly in lieu of boosting the economy.

I've no objection to going back, we've been planning it for a while.

However, if I had to teach EY and KS1 there is no way I'd be going back.

Primary should reopen with KS2, snag the problems and them get ready for a full reopen in Sept. #ukschools

The current plan is to reopen schools with reduced class sizes in the hopes that by containing children in smaller groups they can reduce potential transmission of the virus. Many, however, are raising the concern of school children spreading the virus to members of their household, a particularly pressing fear to those whose households include the elderly and people with pre-existing health conditions.

As such, there have been calls in the House of Commons for Education secretary Gavin Williamson to publish the evidence behind the decision, to which he replied he was “more than happy to share” the advice given by SAGE on the matter. He did not, however, provide a date for the publishing of this and the BBC noted that the evidence was “something teaching unions have been requesting for weeks in their negotiations with DfE officials”. The publication of this will be a welcome step in reassuring the wider public that this is the correct plan going forward but, as of yet, we are in the dark.

The challenge now is for them to show that this is a decision made for Public Health, and not just for the interests of the economy

Ultimately, it is clear that the government has a lot more work to do in the coming weeks to reassure families that sending their children back to school is in their best interests. According to the gov.uk website, parents “will not be fined” for non-attendance of their children “at this time”. The challenge now is for them to show that this is a decision made for Public Health, and not just for the interests of the economy.

Featured image courtesy of  Ilmicrofono Oggiono via Flickr. Image license found here. No changes were made to this image.

In article image courtesy of @mrjamesob via Twitter. No changes were made to this image.