Is the Daily Press Conference Fit for Purpose? 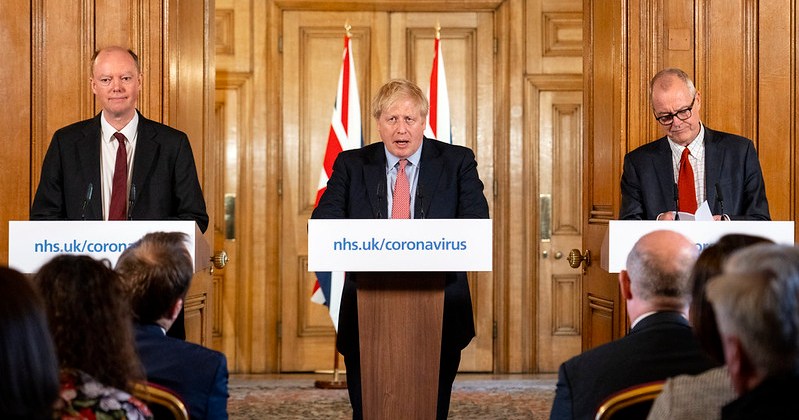 Daily press briefings by the government on coronavirus have become a fixed occurrence for UK households. But questions have been raised over whether they’re fit for purpose, or if they have been an echo chamber for the government to highlight the strengths of its response.

A poll recently conducted by the Press Gazette found that 70% don’t think the press are doing a good job of holding the government to account during the daily coronavirus briefings.

A further poll by YouGov poll dated from the 24th of April also showed that nearly two-thirds of people did not trust television journalists.

Politics Live’s Andrew Neil has also been heavily critical of the press briefings, stating on Twitter, “these daily press conferences are not working” and that they are a “gift for the politicians”.

The BBC achieving an overall trust rating of 85%

Yet in spite of this a new, in depth poll from The Conversation has found that people do in fact have confidence in journalists , particularly those working in broadcast media, with the BBC achieving an overall trust rating of 85%.

These polls have been conducted whilst high profile journalists like Laura Kuennsburg have regularly been trending on twitter, with their questions dividing the nation. On the one hand, critics think they are too supportive of the Tories, whilst others think they should stop pushing the government over when lockdown will be over.

#LauraKuenssberg needs to go. NOW. Surely, licence fee payers should have a say in who their main political investigator is because she is stealing a wage, right in front of our eyes. I’ve seen better questions asked of PM on twitter than from her. Just shocking!

This division therefore links to the wider question over what the purpose of these press briefings are. As there is so much fake news circulating around the internet at the moment, it is essential that professional broadcast and print outlets have a chamber in which they can continue to question the government in order to offer some clarity on the coronavirus response.

Whilst these press briefings would certainly benefit from reform in terms of the regularity of such conferences causing a weary repetitiveness, no question by journalists is ever going to impress everyone’s differing political views. Therefore, it’s important that these briefings still take place in order to offer continued clarity and minimise public fear.

If these press briefings were no longer to take place during this time, there would be vast questions raised over government conduct

Adding to this, the fact that the UK now has over 28,000 deaths related to coronavirus, the third highest in the world, people are rightly concerned about the government’s response compared to other countries and therefore it’s the press’ job to express this. Once these facts are revealed, it’s up for the public themselves to decide whether they support the government or not.

This need for government accountability also expands to the new virtual Prime Minister’s questions taking place every week. This has meant vastly diminishing the seating capacity in the house of commons with clear markers so that most MPs now join the debate via video link and are called upon by the speaker Lindsay Hoyle.

Despite complaints that the PMQs don’t have the usual level of heckling and government interventions, this new virtual capacity acts as one of the best options to continue government scrutiny in a safe and effective way.

On the need for a virtual PMQs, Labour leader Sir Keir Starmer said “It’s very important in a crisis like this that parliament is sitting so that decisions can be properly scrutinised”. As well as these PMQs, scrutiny committees and statements by ministers are also taking place online so that government policy can continually be looked over and relevant parties held to account.

Therefore, it’s clear that if we want our democracy to be maintain to its highest standards, virtual PMQs and press conferences must be allowed to continue in our free society. Whilst the circumstances may not be ideal and don’t represent questioning in normal circumstances, it is nevertheless better than having no scrutiny at all and leaving the government to their own devices without any accountability. Yes, they may be doing a good job in the circumstances, but it doesn’t mean that we should just accept this at face value. It is the job of the press and opposition MPs to question the government, getting the facts out there so that the public can decide for themselves what they think.

Perhaps reforming the way press briefings are carried out could be a way forward, limiting the number of them per week so that questioning isn’t constantly about when coronavirus will end. Yet for now, they seem to be the best option we have in order to promote free press in society and lay out some clarity in a very overwhelming time.

Featured image courtesy of  Number 10 via Flikr. No changes made to this image. Image license found here.

In article image courtesy of @kirstylove864 via Twitter. No changes were made to this image.