The Irony of the British Anti-Lockdown Protests 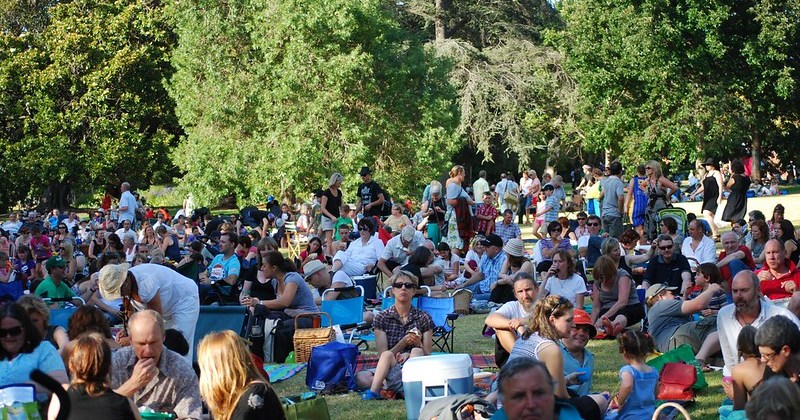 I recently wrote an article about the anti-lockdown protests currently taking place in America, in which calls for freedom and liberty have been commonly used. I also commented on how many British people may see these protests as irrational and unreasonable, yet now it appears that some British individuals agree.

‘Bring a picnic’ and ‘let’s have some fun’ jar with the rising death toll of over 31,000 people

I first noticed anti-lockdown posts springing up on Instagram few and far between but still present.  The initial post I saw advertised a ‘UK Mass Gathering’ in Hyde Park in London with the post encouraging people to ‘join the UK freedom movement’ and to ‘be a part of the largest mass gathering since the lockdown’ which is not something particularly positive. Phrases like ‘bring a picnic’ and ‘let’s have some fun’ jar with the rising death toll of over 31,000 people who have fallen victim to the virus and slogans such as ‘say yes to life’ can’t help but translate as ironic.

This specific ‘UK Mass gathering’ is scheduled to take place on Saturday 16th May but whether it will go ahead is uncertain, as other anti-lockdown protests that have taken place nationwide have been quickly broken up by police.

Similar examples of the defiance of lockdown measures taking place across the UK include a demonstration led by Jeremy Corbyn’s brother, Piers, in Glastonbury. In his speech, Piers Corbyn urged the NHS to get “back to doing its job of helping the most vulnerable people who are locked up in care homes”, when one would assume those with coronavirus are some of the most vulnerable our country has ever seen.

Demonstrators in London also gathered for a “mass-hug” outside the Metropolitan police headquarters in London seemingly to rub their defiance in the face of those who are in charge of enforcing the measures. The demonstrators were said to be holding signs which read ‘My body, my choice’. Examples such as this have been happening countrywide, yet most of the gatherings remain small-scale without the potential or momentum of support to start a mass movement.

I am an individual who fully supports the rights that every person is entitled to, such as free speech and freedom to protest, however, in this ‘unprecedented’ and uncertain climate we find ourselves in I find these protests extremely inappropriate. However small-scale these movements remain, they still are an insult to our healthcare system and the healthcare workers who are working tirelessly on the ‘frontline’ to save people’s lives in this pandemic. These healthcare workers are leaving their homes when many would rather be keeping safe inside with their families in order to support people battling this horrific disease. As commonly used in the ‘stay at home’ campaign, ‘they go to work for us, so we need to stay at home for them’ in order to alleviate pressure on our healthcare system.

As aforementioned, slogans such as ‘say yes to life’ used in posters advertising mass gatherings seem extremely ironic considering they are protesting against the very measures which are trying to preserve as much life as possible, as well as protect our already fragile healthcare system. I understand that we have been in lockdown for over seven weeks now and that it is becoming more and more difficult to stay isolated from friends and family, but I do not think this is the answer. The longer we stay inside and follow advice that the rest of the world is abiding by too, the better the shot we have of preserving life and decreasing the damage that this virus will have both on our healthcare system and economy.

Featured image courtesy of Alpha via Flikr. Image license found here. No changes were made to this image.

In article video courtesy of @Ruptly via Twitter. No changes were made to this image.

Enactus Nottingham: The Benefits of Business