How US Presidential Power Has Gone Too Far 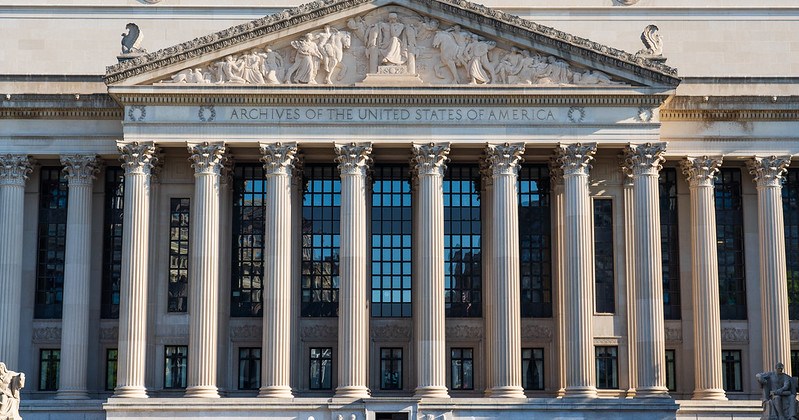 With Trump engaging in a fact checking war with Twitter and stating on the Black Lives Matter protests that ‘when the looting starts, the shooting starts’, questions are being raised over whether presidential power in the US has gone too far.

Last week when Trump claimed that Mail-In ballots for the 2020 elections would be fraudulent, Twitter censored his tweet causing a huge backlash with him threatening to “close down” such social media platforms. It is thought that this is part of a wider ploy by Trump to discredit efforts of the Democrat party during the 2020 elections, constantly labelling issues as fake news to be confident of his re-election as president.

Whilst Trump states that censoring his tweets goes against his right of free speech, as set out by the first amendment of the constitution, critics argue that it is Trump himself who is minimising free speech. By attempting to remove these social media companies which themselves are meant to be independent, Trump is arguably restricting people’s freedom to voice their own voices, especially in the run up to the 2020 elections.

Citizens condemn his military-like handling of these demonstrations

Following his war with Twitter, Trump has criticised the violent scenes across America in response to George Floyd’s death, triggering frustration across the US, as citizens condemn his military-like handling of these demonstrations where he’s brought in the national guard to reassert control. At a time where the US need a national leader in order to heal divisions and protect US citizens, Trump seems to be using his power at a level never seen before in order to shut out voices and reimpose the importance of ‘law and order’- as he sees it.

Whilst the founding fathers aimed for the US constitution to harness checks and balances so that one individual would not become overly powerful, as was the case in England historically, this system seems to have fallen apart in recent years. In spite of Congress trying to make push backs by employing impeaching proceedings on the President’s behaviour and alleged corruption, the state of partisan politics in the US seems to suggest that Trump’s presidential power is unlikely to ever get the proper scrutiny it deserves.

As researcher Lee Drutman has argued “instead of searching for a single savior, we need to understand that no person alone can represent a country as big and diverse as America”.  Therefore, whilst Trump may seem like a perfect figurehead for some, the power he can exert presents a fundamental flaw in US political structures. Whilst it was designed to curb individual power, it is still enabling this to happen as Trump has found several loopholes to exert his will.

As the elections in particular have a prime focus on the presidential candidates and what they can offer to the US, more focus needs to shift onto the role of congress in decision making too. This will ensure more diversity in state and nation wide policies, rather than this body simply being a mouthpiece for the president.

In comparing Trump’s actions with that of his predecessors, there seems to be some trend in presidential power going beyond its boundaries, particularly in the case of Bush who used the aftermath of 9/11 to leverage an extraordinary amount of power. This being said, ultimately, presidential power has never truly been seen on the scale of Trump’s before. From the issuing of executive orders to the imposition of the military at his choosing, Trump seems to have abandoned any strand of bipartisan politics in order to push his message across. Trump’s dismissal of key executive staff and firing of attorney generals also displays his willingness to counter any advice that doesn’t directly comply with his own. To illustrate this point, in April and May of this year, Trump fired or replaced four inspector generals.

Whilst this may all seem like an outright bash at Trump, what it in fact shows is that there have always been loopholes in the US constitutional structure, but it is only Trump who has really exploited these openings to an extraordinary scale.  This has allowed him to leverage significant power over other sections of government. In the executive branch, Congress, and the Supreme Court, his policy decisions are strengthened by individuals who support his outlook and way of thinking, with there being little room for obstruction by opposition parties.

It is therefore crucial that if the US don’t want their systems to shift towards a predominately one-sided power, reforms are implemented to give Congress and the Supreme Court more power to scrutinise in an independent way. This would entail the President not having the ability to simply dismiss any checks. Democracy is clearly at risk here and it’s important that citizens fight to uphold it in the coming weeks as the US looks increasingly militarised.

Featured image courtesy of Jonathan Cutrer via Flickr. Image license found here. No changes were made to this image.

In article image courtesy of @realDonaldTrump via Twitter. No changes were made to this image.

How to be Anti-Racist; We Need to Tackle Systemic Racism in the US and the UK