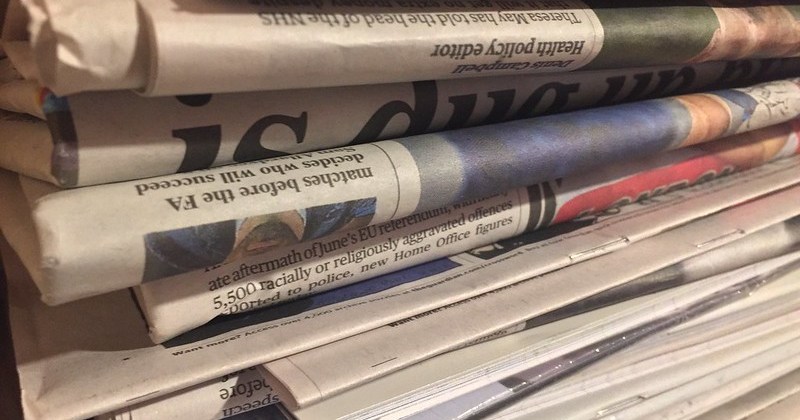 When watching the Dominic Cummings press conference last week, there was one thing that stood out to be as the defining factor in his case. It was when he said “there were journalists outside my house. I was getting threats.” That to me, made his leaving London in April justified. The story was then blown out of proportion by the left-wing press that will cause more detriment to their own reputation than to the man in question.

If we step back and view Cummings’ statement as the truth – which, of course, it may not be – it makes the way the media have treated this scandal seem submerged in malpractice. Headlines emerged that took his quotes about not having regrets and believing he acted reasonably completely out of context and ignoring the fact that, if we go by the story he gave, this would be true.

According to Cummings, he did not break lockdown rules. He left his London home for fear of needing emergency childcare and harassment from the press to a second home that was secluded and (as far as he claims) did not engage with anyone outside of his household. The trip to Barnard Castle was after he had been cleared to go back to work and therefore had been deemed as noncontagious. By these facts, it is irrelevant whether he was testing his eyesight or not. A man who had served his two weeks in quarantine went for a drive and a walk.

By voting in a Tory government, this country agreed to people having privilege

Perhaps the issue is that he shouldn’t have left London. Single mothers don’t have the privilege of a second home with childcare on tap. Of course, this is unfortunate, but Cummings has privilege. By voting in a Tory government, this country agreed to people having privilege. The question shouldn’t be whether Cummings was immoral for deploying his privilege when he felt he needed to, but would the single mothers that the journalists seem to feel such immense sympathy for have done the same if they had that privilege at their disposal?

.@10DowningStreet has told me that they hold no information “about the medical testing of Cabinet Ministers or their family members” and the same applies to “Cabinet Office Employees”

But, at the end of the day, none of these questions are really the issue at hand. The left-wing media hate Dominic Cummings. To be honest, as the orchestrator of Brexit and the mastermind behind the Conservative campaign, I can hardly blame them. But is this a good enough excuse to be outside his house, threatening him, especially when that house is also home to a four-year-old child. Even if his story was entirely false and he had broken the rules of lockdown, would this be an excuse to go on a witch hunt for an individual? When the media are looking at your every move for something to pounce on, it won’t be long before you slip up. It’s part of being human.

It dripped in bad journalism

The next thing that astounded me was the journalists’ choices of questions at the end of the conference. Instead of probing Cummings on the validity of the story he had given to work out if it was the truth and give the public the answers they deserve, it was constant nagging for an apology for a crime that he claimed he hadn’t committed. As a result, we were shown a series of repetitive questions that were met with equally repetitive answers. “Do you regret what you did?” Laura Kuenssberg asked. To me, it seemed that the questions had been prepared for another statement where Cummings had admitted some guilt and when that had not happened, they didn’t adapt the questions to suit the statement he had given. It dripped in bad journalism.

As the uproar continued and people claimed that this was now a good enough reason to break lockdown (the ‘if so and so jumped in front of a bus…’ moral jumps to mind) people continued to brush over the issue of the press harassment that Cummings has suffered continuously for years. When we consider the outcry that was caused by the constant harassment of Meghan Markle or Princess Diana, this seems like a double standard.

The media’s job is to hold the government accountable, not to go on witch hunts for individuals who don’t suit their angle

Why shouldn’t someone who works for the government receive the same kind of respect? Context. Dominic Cummings is hated by the public, Markle and Diana are (mostly) adored. But their past opinions and choices should not affect their right to privacy and safety. More importantly, Cummings opinions and choices in his career should not affect the rights to privacy and safety of his four-year-old son. The media’s job is to hold the government accountable, not to go on witch hunts for individuals who don’t suit their angle.

The left-wing press must learn to pick their battles. As a self-proclaimed ‘loony leftie’, I am often frustrated by stories that seem to scrape the pan of any opportunity to condemn Conservativism. It is stories like this that exacerbate the stereotype of the left as a group of snowflakes who are incompetent and petty enough to use Dominic Cummings as a reason to put the vulnerable at risk. The left will always be more vulnerable to slander and for that reason, have to be more careful. The press needs to be more cautious about which stories to pursue. We have to take the high road, always. This will never be achieved by witch hunting.

Featured image courtesy of Howard Lake via Flickr. Image license found here. No changes were made to this image.

In article video courtesy of @grumpyfactcheck via Twitter. No changes were made to this image.

Utopia: A Bold TV Show Ahead of Its Time

How US Presidential Power Has Gone Too Far