Utopia: A Bold TV Show Ahead of Its Time

Utopia was nominated for 17 awards, and won several, most notably the International Emmy Award for best drama series. Yet most people have never heard of Utopia, let alone seen it. Little do they know, they may have missed out on one of the best TV shows of all time.

Utopia was a Channel 4 conspiracy-thriller drama that ran for two series of six-episodes. The story follows a group of people, brought together by a mysterious graphic novel, who find themselves being pursued by an organization known only as ‘The Network’.

Effortlessly intelligent, well-communicated, and unique, Utopia delivers on a high-quality, high-concept premise. Permeated at every level by narrative twists, revelations, and compelling character conflict, Utopia is immediately gripping. Unlike many series churned out by networks and streaming services, Utopia actually delivers deeply satisfying answers to all of the questions that it asks. The audience is challenged by a crushing moral dilemma when The Network’s true intentions are revealed, and the established world is constantly explored. In spite of the scale of the plot, it is not for one moment unfocused, convoluted, or sanctimonious.

A diverse cast of highly-talented – but not especially well-known – actors administer the story’s momentum. Paul Higgins’ ‘Michael Dugdale’, a meek but likeable civil servant, Alexandra Roach’s ‘Becky’, a bombastic Welsh post-grad student, and Neil Maskell’s ‘Arby’, an asthmatic tracksuit-clad assassin with a penchant for chocolate raisins, comprise a few of the characters. They are all fully-developed and feel as though they are real individuals that you could pass on the street. It even has unusually excellent child performances.

Utopia is equally technically impressive. With its ultra-saturated comic-book colour palette and ethereal, organic soundtrack made of distorted animal-noises, it is unlike anything else ever put on screen. The cinematography and sound design are so essential to the remarkable experience of Utopia that they feel like dynamic participants within each scene, actively used to tell the story. The small, loyal minority of people that did watch it were blown away.

If Breaking Bad is the best of American TV, Utopia is the best of British TV. Containing distinctively British wit and charm, and the grit that only a dreary English service station can provide, this wasn’t a British attempt at a big American series, it was a genuinely British series that used its setting to its advantage.

Both the format and style of Utopia was more akin to a 2018 Netflix Original, not a 2013 late-night Channel 4 programme.

It is now seven years since Utopia first graced our screens. In 2020, the series is more relevant than ever. A fictional global pandemic of ‘Russian Flu’, fake news, and environmentalism, are pivotal components of the story. A massive conspiracy involving government, intelligence services, big business, and the pharmaceutical industry is gradually unraveled. Even so, it is refreshingly apolitical, and treats the audience with genuine respect, never lecturing or virtue-signaling. At the time Utopia was written, the issues it raised were largely unknown and reserved for dubious cliques of conspiracy theorists. Today, Utopia feels ever-more self-aware and visionary as its concepts become increasingly present in our society’s popular consciousness.

In 2014, the series was sadly axed as the meagre viewing-figures could no longer justify its considerable budget. Thousands of signatures across multiple petitions for a third series achieved nothing. In an era before the mass-popularity of streaming services and binge-watching, Utopia lingered on a terrestrial TV channel in a late-night slot. It was not a series where you could afford to miss an episode or watch with only half-attention. Both the format and style of Utopia was more akin to a 2018 Netflix Original, not a 2013 late-night Channel 4 programme. By the time it made its way to its natural home on streaming services years later, without marketing or media momentum, the series continued to attract little notoriety. Its ingenuity, narrative scope, and thought-provoking subject matter can scarcely be said to have had the broad appeal of many of its contemporaries. Audiences no doubt wondered why they should bother watching an old Channel 4 drama they’d never heard of, when the hit new series of Stranger Things had just come out. Perhaps things would have been different if Utopia had come just a few years later, or it had been picked up by Netflix for a direct continuation, as Black Mirror was. 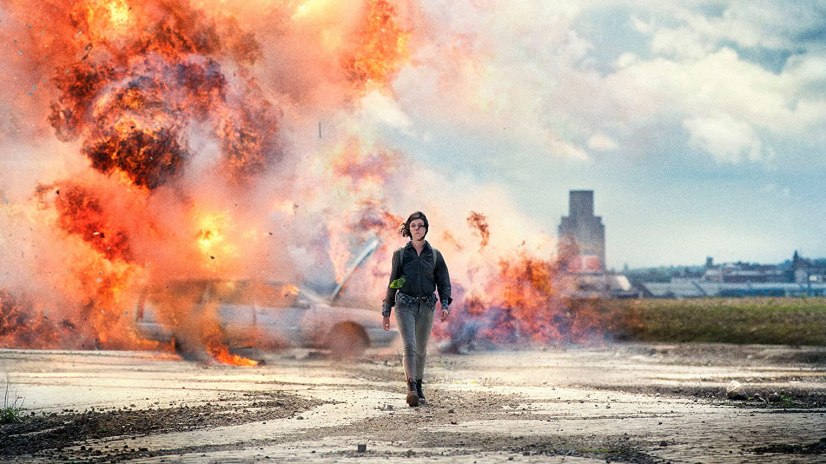 Yet Utopia was unexpectedly influential despite its relative obscurity. The makers of Hunters, Mr Robot and Dirk Gently’s Holistic Detective Agency have admitted the influence of Utopia, and their appropriation of Utopia’s many elements is abundantly evident. Its effect on countless subsequent TV and film productions is testament to its merit.

Such was the faith in the series from those that saw it, that shortly after the 2014 axing, HBO ordered a nine-million dollar US adaptation of Utopia headed by David Fincher. After lingering in developmental limbo for several years, the US-remake was finally resurrected by Amazon Studios. How well a small series that was so dependent on its British context may translate to a mass-market American show is yet to be seen.

The genius of Utopia is deep and difficult to summarize. This is what a series feels like when it has involved the full creative potential of everyone, at every level of production. It may well be the best TV show you’ve never seen. Watch the full original series on Amazon Prime before the US remake is released later this year.

Featured image and article images courtesy of  the Channel 4 Television Corporation via IMDb.

Is Crime on the Rise as Lockdown Eases?