Athlete A: A Chilling Account Of Abuse And Neglect In USA Gymnastics 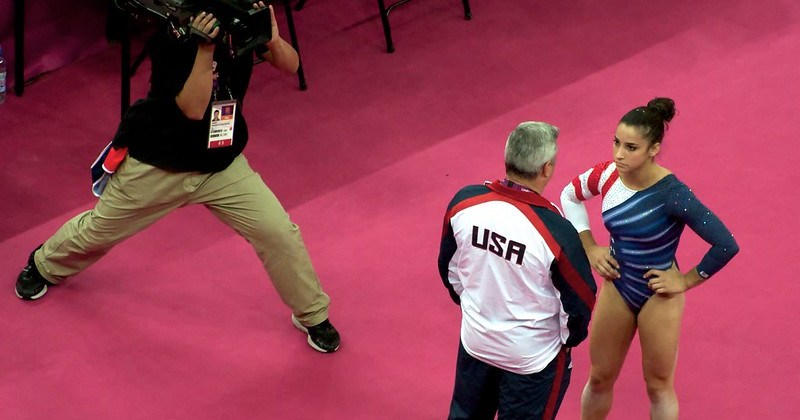 Readers should be aware that this documentary and some of this discussion covers sexual violence.

When ‘Athlete A’ appeared on my Netflix suggested list last week, it had been two years since the name Larry Nassar first crossed my radar. In 2018, I watched two-time Olympian Aly Raisman courageously confront her abuser in her court in an impact statement shared on Facebook. In the video she looks Nassar in the eye and states, ‘We, this group of women you so heartlessly abused over such a long period of time, are now a force and you are nothing’.

Raisman is one of many survivors who spoke in court during a seven-day sentencing hearing which left the USA Gymnastics National and Olympic team doctor sentenced to a deserved 175 years in prison. What the world saw in this trial was hopefully the end of a disastrous era for USA Gymnastics. It was a call for systematic change in an institution Raisman described as ‘rotting from the inside’, one that neglected its athletes’ cries for help and thus enabled their enduring suffering, the effects of which would inevitably last long after Nassar’s sentencing.

[The directors] highlight the fine line between strict coaching and abuse, which is particularly fragile when coaching young girls who will do anything to achieve a dream

‘Athlete A’ sheds light on how USA Gymnastics capitalised off its athletes’ success whilst completely failing them. The documentary predominantly follows three survivors. The first is ‘Athlete A’, Olympian Maggie Nichols, the scandal’s first public whistle-blower. Her accusations in 2015 served to punish her, inhibiting her chance at the Olympic Games. The focus then turns to Rachel Denhollander (former gymnast) and Jamie Dantzscher (Olympic gymnast) whose testimonies to The Indianapolis Star fifteen months after Nichol’s claims brought the story to greater public attention. Their voices encouraged more than 250 other women to come forward.

Directors Cohen and Shenk capture how the elite sporting environment became a perfect hunting ground for Nassar. They highlight the fine line between strict coaching and abuse, which is particularly fragile when coaching young girls who will do anything to achieve a dream. In doing so, they scrutinise USA coaches Bela and Marta Karolyi whose coaching style is notoriously tough. The Karolyis famously trained Romanian fourteen-year-old, Nadia Comaneci, to a gold medal in 1976 before crossing the ocean and assuming key roles in USA Gymnastics. Their ranch became a key training camp in which young elite athletes would have little to no contact with their parents and were subject to rigorous training routines.

Policies were overlooked in favour of silence

Nassar worked as a doctor on the ranch and was, to many athletes, the only kind adult present. His sessions provided respite for athletes which he completely took advantage of, often without their knowledge. When complaints were brought to the governing body, who supposedly had protocols in place to protect athletes, such policies were overlooked in favour of silence. ‘Athlete A’ exposes this reality, in an ode to resilient survivors, investigative journalism and justice.

Featured image used courtesy of Jon Connell via Flickr. No changes were made to this image. Image use license here.

#LightItInRed: Why The Government Needs To Help The Struggling Events Industry