Postponing The 2020 Olympics Causes More Problems Than You May Think 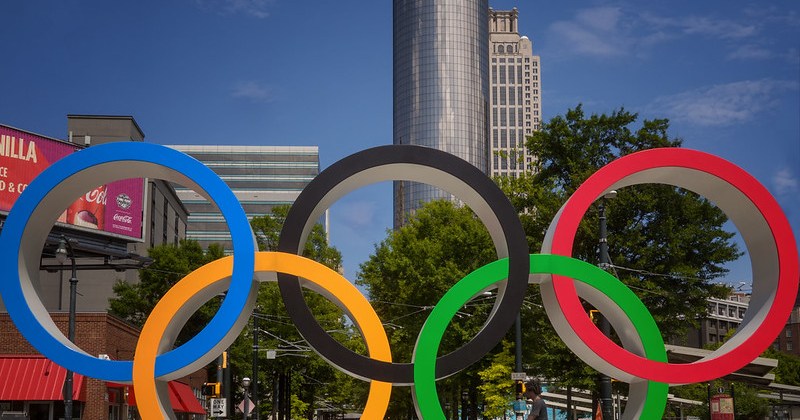 The Olympic Games is a momentous event that many athletes dedicate their lives to. The news broke this year that the Tokyo 2020 Olympic Games would be postponed until next year due to the current circumstances and issues caused by Coronavirus. This has caused many problems for both the athletes and also the event itself.

The extent to which these Games can dictate a sports person’s life can be vastly underestimated by many people, including myself.  As a result, I wanted to try and understand the consequences of these Games getting cancelled on both the players and the Games.

Let me start by pointing out that I am no athlete – the closest to the Olympics I have ever been was receiving my level 2 gymnastics badge. However, I am also not ignorant to the amount of blood, sweat and tears that goes into training to the level that these athletes do to represent their countries in these Games. The majority of the competitors that would have been taking part in the Games respect the decision that has been made, given the risks that not postponing them would have, but the decision is still nevertheless difficult.

Many athletes are forced to plan their whole lives around the Olympic Games in order to achieve their dreams, so the news the event will be delayed is disheartening. Heptathlete and world champion Katarina Johnson-Thompson commented that the decision was “heart-breaking”,  and track cycling champion Elinor Barker has been left “devastated” by the postponement. A huge knock-on effect that the postponement has brought has been the fact that the whole training schedule of individuals has been thrown off leading to some waiting longer for their Olympic debut and others having to wait longer to retire.

This can affect important milestones in life such as having children and getting married. If a female athlete wants to have children, she could not spontaneously have a child a year before the Games and expect to be at peak performance by the time the Olympics come around. These athletes have to plan and prepare and adding another year to this schedule can have massive effects. Many people also fail to understand that the majority of some athletes’ salaries come from sponsorships at these big sporting Games. No Games mean no promoting brands leading to no payment. A cycle. The postponement of the Games can lead to financial issues for athletes over the next year as a result of this.

In a 4-year plan of an athlete’s journey to the Olympics, an extra year can put a lot of mental and physical strain on competitors.

Another forgotten issue that the postponement of the Games has on athletes is the fact that they have to endure another full-on year of physical training. This means the athlete has to have another year of maintaining motivation as well as psychologically preparing for such a huge event. In a 4-year plan of an athlete’s journey to the Olympics, an extra year can put a lot of mental and physical strain on competitors. Many would find it hard to believe that individuals whose life revolves around their sport could ever feel demotivated, but it happens. Olympic Taekwondo gold medallist Jade Jones commented that “I’m a very positive person but the idea, right now, of having to devote myself to another year’s slog is a very difficult one.”. I am sure many other athletes feel this way too.

Of course, the delay of the Games in lieu of the cancellation of them causes less severe consequences than the latter would have. However, the postponement of the Games has also had huge economic effects on those involved. For example, NBC Sports recently said it had booked $1.25 billion in national ad time for this summer’s Games and had already spent millions more on infrastructure and talent deals related to its broadcast plans. Sporting sectors of the television industry will be one of the most damaged as a result of the money spent on advertisements that will have been due to go out this summer.

With the Games being postponed, Japan no longer has a way of generating revenue to redeem these costs until the Games go ahead

Tokyo will inevitably also see huge economic loss too, after spending millions on infrastructure that will now not be used for another year. To prepare for the Games Japan built numerous venues, including an expensive national stadium and athletes village. In 2019, it was noted that Japan’s initial budget was around $8 billion (many say this figure actually was set to reach around $26 billion) with a projection of a $300-million increase in expected revenue, with organisers saying they expected to generate $5.9 billion, which they hoped would cover the direct spending they had projected. However, with the Games being postponed, Japan no longer has a way of generating revenue to redeem these costs until the Games go ahead next year resulting in a huge economic loss for the country for the next 12 months.

To many, including myself initially, the Olympics being cancelled seems like a simple problem that is easily fixed- ‘Just have it next year’ they say. However, after considering all the effects this postponement has had on both the competitors and the event itself, I have realised that this has caused many underlying problems that are far more wide-reaching than I thought.

Featured image used courtesy of  Thomas Cizauskas via Flickr. No changes were made to this image. Image use license here.