During the past few months, I think we’ve all found ourselves opening the Netflix app even more often than usual and discovering more new shows than ever before. However, sometimes it can be difficult to know where to start in Netflix’s broad catalogue. That’s why I’m here to recommend The Good Place.

Comprised of 4 seasons with each of the 53 episodes lasting roughly 20 minutes, the plot focuses on the main protagonist Eleanor Shellstrop (played by Kristen Bell) and her journey through the afterlife. We learn that after death, people are either sent to ‘The Good Place’, which is synonymous to heaven, or ‘The Bad Place’, which is synonymous to hell.

She is welcomed to The Good Place by Michael, played by Ted Danson, who introduces himself as the designer of The Good Place. She later meets Chidi Anagonye (played by William Jackson Harper), who is an ethics and philosophy professor, and supposedly Eleanor’s ‘soulmate’. However, in comparison to Chidi, Eleanor realises that she did not have the best morals during her time on Earth, and did not always treat others well, which leads her to question whether she really belongs in The Good Place, or whether this was all just a terrible mistake. 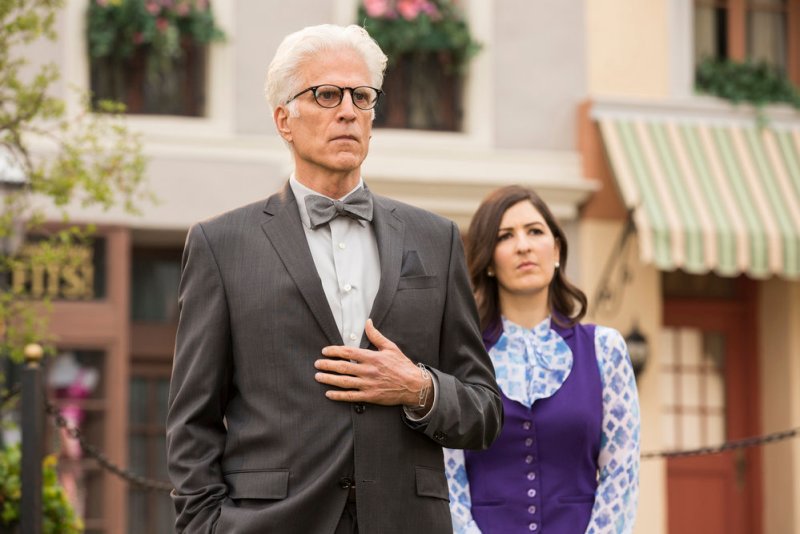 The characters are what makes the show really special

As well as Eleanor and Chidi, who have already been mentioned, the characters of Tahani Al-Jamil (played by Jameela Jamil) and Jason Mendoza (played by Manny Jacinto) are also residents of The Good Place. The group of four befriend each other and are influential to each other’s character development and journeys throughout the show. Each character is presented in great depth, leading them all to stand out and have unique personalities and characteristics.

The characters are what makes the show really special – they are all very likeable and memorable, and despite their obvious flaws, you cannot help but sympathise with them as they realise the mistakes they made while alive on Earth. They are not perfect people and they all have a major flaw – but that is what makes them so likeable.

Not forgetting Janet (played by D’Arcy Carden), who is the source of all information and knowledge within The Good Place. Residents can therefore ask her any question and she will be able to answer it. However, rather than remaining a robotic and lifeless character (Janet constantly states throughout the show that she is not a robot!), she befriends the residents. As the show goes on, we discover more about her backstory, causing her to become one of the most interesting and unique characters in the show. 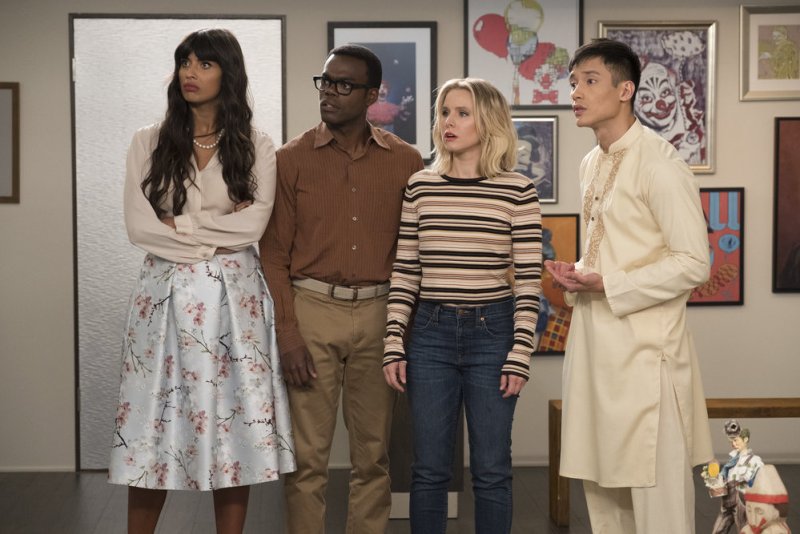 There is not one main character that you don’t become attached to when watching the show. It was cast perfectly – I can’t imagine anyone else playing the characters.

I would definitely recommend this show to people who study ethics, philosophy or religion, or anyone interested and willing to learn more about morality

The main theme of the show is morality. With Chidi being an ethics and philosophy professor, he is used as a moral compass and moral guide throughout the show, giving lectures on famous philosopher’s viewpoints in an attempt to educate the other characters. For me, who studied ethics and philosophy at A-level, this was particularly interesting. Therefore, I would definitely recommend this show to people who study ethics, philosophy or religion, or anyone interested and willing to learn more about morality. This theme also causes you to compare your own life and situations you’ve been in to those of the characters, and prompts you to question how you treat other people. Whether you act morally and are proud of how you behave or not – it causes you to question whether you yourself would end up in The Good Place or The Bad Place!

Although this is quite a deep theme for a show described as a ‘comedy’, the comedic relief provided by the characters ensures the show remains light-hearted and easy to watch. It therefore manages to simultaneously make you laugh, while you are thinking deeply, which makes it perfectly balanced.

It is the character’s flaws which are used to provide this comedic relief – Eleanor’s selfishness, Chidi’s inability to make decisions, Tahani’s jealousy, and Jason’s impulsiveness. Janet is also used for comedic purposes, mainly through how she is portrayed by actress D’Arcy Carden, as well as the hilarious things she says. The acting causes you to forget momentarily that she is played by an actress and that Janet is not a real person!

Each character has their comedic moments, and because the characters are all so different from one another, there are multiple different methods of humour in the show. 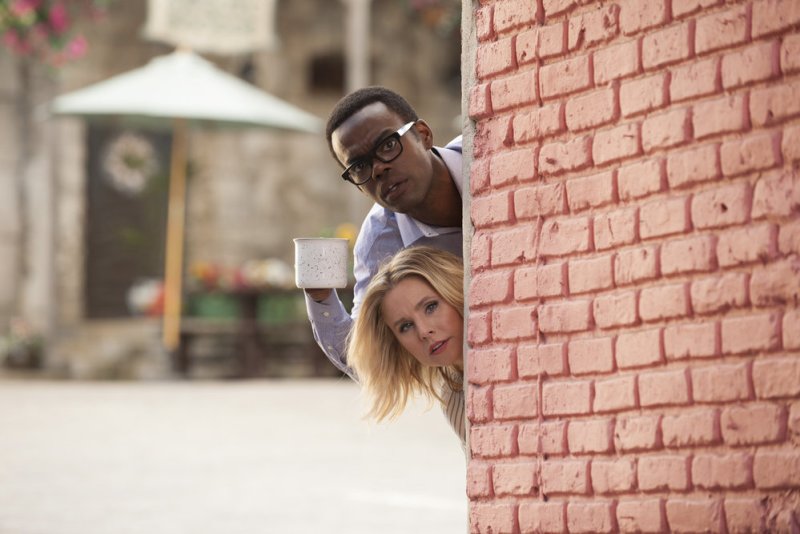 The show manages to perfect the balance of light-hearted humour with a realistic and relatable underlying theme of how difficult it is in today’s society to be perfectly moral and not make mistakes,  particularly with all the distractions and complications in the world. With a unique plot, unique characters, and an important message, I could not recommend this show more.

With 20-minute episodes, it is extremely easy to binge watch, and you find yourself watching episode after episode without even realising! By incorporating many plot twists that you never see coming, the show is never boring. It is also so rewarding watching the characters grow and develop throughout the show as more and more is revealed about them. It quickly became one of my favourite shows of all time!

Written by Michael Schur, who is also responsible for creating The Office, Parks and Recreation and Brooklyn-99, it will be perfect for fans of American sitcoms such as these. I would give the show 10/10!

Feature image and in-article images courtesy of Universal Television via IMDb. Image use license found here. No changes made to these images.

‘The Summer Of The Staycation’: Will This Shape Tourism In The Long Term?

Naya Rivera: A Reminder Of The Hidden Dangers Of Lake Swimming