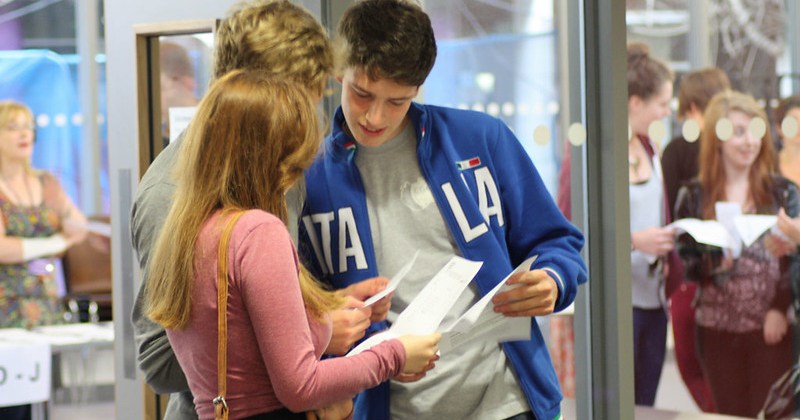 The University of Nottingham admissions team are scrambling to help anxious students after the government’s devastating decision to revert to teacher assessed A-level grades.

The U-turn sparked a race to secure places as students saw their grades improve, resulting in a surge in demand for degree courses through clearing.

A statement from the University called for patience as communication channels were closed in an effort to deal with the increased workload. The university endeavoured to honour offers if updated grades met the original conditions and hoped to have contacted all applicants by the 28th August.

Following the last-minute U-turn, universities nationwide were not given access to original centre-assessed-grades (CAGs) through UCAS until Friday 22nd August, leaving students with a nerve-wracking wait over the weekend. Clearing is expected to reopen later this week and offers will be held for BTEC students following a delay in these results being announced.

The university warned that for courses with “strict limits” on places, such as Medicine and Veterinary Sciences, they may offer students a deferment to the 2021 academic year whilst they await confirmation from the Department of Health and Social Care on the lifting of the cap on place numbers.

Having filled many of their most sought-after degree courses on the basis of the initial grades provided through UCAS, the university faces some challenging decisions now that many more students have become eligible.

Professor Mike Merrifield, of the University of Nottingham astronomy department, says that the pandemic has already “pushed things such a long way” in terms of class sizes, meaning that just 10 to 15 new applicants could cause significant problems.

This comes as other Russell Group universities are reported to have offered accommodation guarantees and bursaries if students opt to defer on popular degree courses already at capacity this year. Last year, the University of Nottingham provided a £2000 stimulus to 260 prospective medical students who accepted a deferred offer.

Nevertheless, one successful student, who was fortunate enough to be accepted onto a Veterinary Medicine course, praises the University’s “supportive” admissions team, and spoke to Impact about her excitement at starting a new phase in her academic career this September.

Another student’s experience, however, tells the story of the thousands of applicants still in difficult circumstances. After being adversely impacted by the Ofqual algorithm, one prospective UoN physics student was unable to secure a place on the foundation course with her calculated results. She argues that her grades were disproportionately affected because she lives in a self-described “area of financial deprivation”.

Then came the U-turn, affording her improved grades which met the original requirements of the BSc course. Despite this, and given increased demand for places, the University was unable to confirm her place immediately.

In addition, the dire situation in which accommodation providers now find themselves in is just one more unforeseen consequence of the exams fiasco, as they struggle to house greater numbers of students.

Concerns about adhering to government social distancing guidelines will have heightened apprehensions about taking on an expanded cohort of students. The aforementioned applicant speaks of an ordeal with Unite students as thousands desperately search for affordable accommodation options.

The student’s mother does emphasise their positive experience with the “amazing” university admissions team and understands that “none of this is down to the university”. Her daughter now finds herself in the agonising position of having a place confirmed on the foundation course, but with potentially no accommodation for the year, and no firm offer on her preferred BSc course.

This all comes in a year that has already been marred with so much uncertainty for many.

Featured image courtesy of Crawley College on Flickr. Image license found here. No changes were made to this Image.