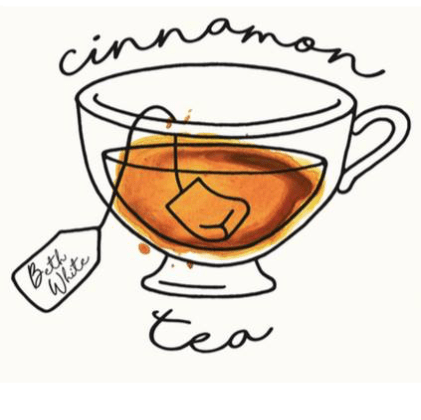 Beth White’s ‘Cinnamon Tea’ takes an interesting concept and turns it on its head in an intimate look at our own inner thoughts. The cast and crew have created a piece that details the intricacies of human emotion, all the while engaging the audience without feeling superficial.

Broken down into 5 unconnected monologues, ‘Cinnamon Tea’ explores a wide range of heavy hitting subject matter; from death and loss to love and sexual interaction, the actors tell of their own experiences and how it has shaped them as people. The dialogue itself is taken in verbatim from interviews previously carried out by White herself, giving the project an air of authenticity and intimacy, almost as if we are intruding on someone’s private thoughts.

Especially relevant in the current climate, the monologue details the struggles of many in the arts industry as they wonder whether their choices and sacrifices are seemingly worth the reward

Opening with Katie Booth’s ‘Clair de Lune’, we’re eased in with stories of hard work and love. Especially relevant in the current climate, the monologue details the struggles of many in the arts industry as they wonder whether their choices and sacrifices are seemingly worth the reward. It makes us think about our personal appreciation of the arts over seemingly more practical professions, as well as making us examine the pressures placed on graduates and students by a society that severely undervalues the struggles and difficulties they face.

What follows is our first monologue in a different language. Emi Thackray’s Polish ‘Herbata Cynamonowa’ was one of my standouts of the whole piece. The digital medium allows for an exploration of language not usually seen on stage. Thackray shows the frustrations of growing up a woman, especially regarding how the seriousness of sexual harassment is often ignored, especially in the nightclub scene. She effectively explores the complicated nature of conflict and the importance of mediating emotions without letting them overrun you.

It is an intimate look at the barriers people put up and the lies we tell.

Barney Hartwill’s ‘I voted Conservative’ places the spotlight onto the conversation about male mental health. A subject that has seen an increase in focus in recent years, Hartwill’s monologue is delivered with conviction and demonstrates a true pain behind his words. It is an intimate look at the barriers people put up and the lies we tell, making us as an audience feel like we’re being let behind the curtain into a deeply personal conversation.

‘My heart is in a lot of places’, the penultimate monologue, is delivered perfectly by Emily Rule and was another of my highlights of the piece. Another monologue that explores the current issues with a COVID inhibited world, Rule’s emotional speech portrays a figure torn as they struggle to come to terms with their feelings of familial love. As the title suggests, this monologue made me feel confused and upset by the unfairness of the whole situation. It details the frustrations we feel as we realise that we can’t always fix everything, something especially pertinent based on the content.

Ace Edwards delivers the final monologue of the piece, ‘una carta a mi misma’, with White choosing to utilise another of her actor’s language skills to great effect. This final monologue made me the most uncomfortable as it examines the sexual awakening we feel as we grow up and the complicated nature of devoting your heart to one person. Edwards gives the speech a musical-like quality as she takes us through the many feelings one has while in love, making us question our own emotions.

Beth Carter’s editing skills take centre stage, effectively creating a wonderfully colourful backdrop for the cast to play in. The aesthetically pleasing shots and lofi music contrast with the heavy hitting dialogue to make us fully immersed in White’s dialogue. I found it very easy to slip into a trance while listening to the actors as my eyes were entertained by the dancing colours of flowers and fields. The digital medium lends itself to the production crew’s vision and makes you wonder if it ever could have ever been presented in a different way.

Overall ‘Cinnamon Tea’ is a beautiful exploration of the human condition and the emotions that we all feel, effectively framed in the digital age. It is something that I feel needs a repeat watch, to soak in every aspect of the psyche that is laid bare before us.

Featured image courtesy of The Nottingham New Theatre via Facebook. No changes made to this image.

In-article images courtesy of  @cinnamonteannt on instagram.com. No changes made to these images.