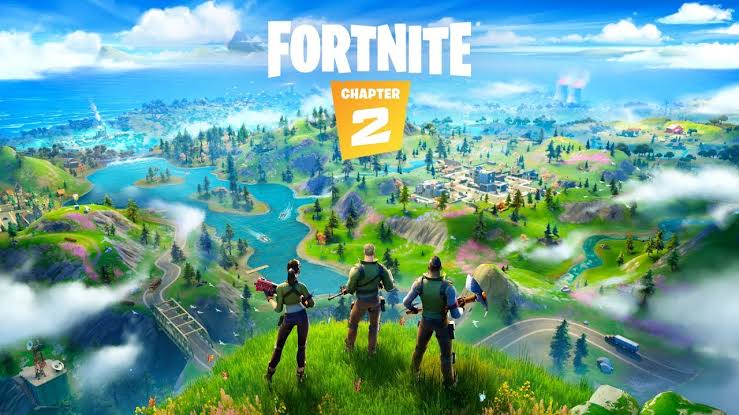 Emily examines the spat between Google, Apple, and Epic, and reminds us why corporations are not our friends.

The Apple Store and Google’s Play Store are powerhouses of the mobile app market. Taking a 30% cut of all in-app purchases is a huge money-maker for them, which is why they got a little mad when Epic Games added an extra, optional system for buying microtransactions (mtx) to Fortnite, which bypasses the Stores the game was bought on.

This meant Apple and Google wouldn’t get their 30% cut of the profits. And, just to sweeten the deal, Epic made all mtx bought via the new system 20% cheaper.

Opinions on this decision vary, but basically Apple and Google said ‘how about no,’ and removed Fornite from their Stores. Epic responded with a lawsuit, and now lots of people are very angry with Apple and Google’s decision. There have even been calls for them to break ‘antitrust laws’ (an infuriating name for a set of laws that protect the consumer from cartels and monopolies. Here’s a video explaining them if you’re interested:)

But this article isn’t about that nuanced debate. It’s instead an enraged rant on how Epic are framing their case- with a propaganda video referencing George Orwell’s 1984. Ironically, this sort of petty manipulation by corporations that earn more per-minute than the average person does in their lifetime is exactly the nightmare Orwell warned us of. Who will stand up for poor Epic Games, worth only a measly $17.3 billion!?

My shallowest problem with the video is that everyone involved probably thought they were marketing geniuses. In my bones, I just know that someone got promoted for this propaganda piece.

If you haven’t bothered watching it –I wouldn’t blame you, Fortnite characters trigger my flight or fight instinct- it parodies Apple’s own famous 1984 advert, directed by Alien’s Ridley Scott. In it, a woman representative of individuality and freedom of thought smashes the screen of the Big Brother propaganda machine. The ad ends with the line:

That advert: exceptional. A perfect combination of people’s concerns about the future of technology with an iconic cultural reference point. It won multiple awards, and Channel 4 even rated it as the 38th greatest advert of all time.

In the original ad, underdog Apple stood up to tech Goliath, Microsoft. By flipping Apple’s role, Epic is suggesting they’ve lost their way; “You either die a hero or live long enough to see yourself become the villain”. Which is rich, coming from another multibillion-dollar company with a history of exploitative crunch periods and controversial business practices on their own online store.

More than that, though, in a time where thousands of hashtags using the word ‘free’ are shedding light on people suffering from unjust incarceration, violation of human rights, and literal concentration camps, Epic really thought ‘this is an injustice people can rally behind’.

Epic still hoped to capitalise on this wave of righteous anger

This video was workshopped, written, animated, edited and released without anyone stopping for the half a second it would take to say “do we think this is appropriate in the current climate? Is comparing Apple to a dystopian regime a little insensitive? Are we playing the victim so hard that it will circle back around so we’re the problem?”

On a serious note, people everywhere are incredibly angry right now, feeling powerless in the face of huge real-world problems. There are no easy answers for systemic racism, corrupt politicians, and a worldwide pandemic- we can only try our best every day to make things that little bit better.

But Epic still hoped to capitalise on this wave of righteous anger by disguising their bans as a freedom-fighting issue, when in reality it’s a legal squabble over percentages that will ultimately save consumers very little.

Their petty squabble could now escalate to endanger the next generation of gaming.

Microtransaction prices via Epic’s new system were only decreased by 20%, despite Google and Apple previously taking a 30% cut: This isn’t about helping customers, Epic just wanted that extra 10% of profits that was left over.

In fact, their petty squabble could now escalate to endanger the next generation of gaming. See, Apple and Google give developers access to specialist tools for tailoring games to run on their systems. If Epic continues refusing to comply to Apple and Google’s terms, they’re threatening to cut Epic out of the loop by August 28th.

This is potentially devastating because Epic owns the Unreal Engine, an industry standard game engine used to develop dozens of huge franchises (Borderlands, Mortal Kombat, Gears), and even Disney+’s The Mandalorian. So, if Apple and Google don’t give Epic those tools, future versions of the Unreal Engine won’t be useable on iOS or Mac devices.

This would be disastrous for not only Epic, who are about to launch the Unreal Engine 5, showcased in the above tech demo, but a sizeable chunk of next-gen mobile games on Mac and iOS platforms. Epic has filed restraining orders against Google and Apple, but right now they’re endangering a whole market for an extra 10% of profits.

To be honest, I don’t care that Epic only wants make money. They’re a business, not our friend. Ironically, if it weren’t for this video I’d probably be cheering Epic on, considering they actually put their money where their mouth is, and their PC games platform offers developers a larger percentage of revenue than either Steam or the ‘offending’ Apple and Google’s Stores.

[Epic] knew they’d get in trouble, they knew they were screwing customers over

Competition in markets is healthy, Epic isn’t making a stupid or outrageous business decision here. But the way they framed it to prey on the anxieties of the moment is near-unforgivable to me. The themes they’re drawing on are wildly inappropriate- not to mention infuriating to anyone that’s read even a synopsis of 1984– and reinforce the image of gamers as angry, illiterate children who get too emotionally attached to corporations that will never love them back.

There is no “freeing” Fortnite, it is a game that makes its owners billions of dollars. They do not need your help, their droves of lawyers and marketers have it covered. Epic had this advert ready to go the second Apple banned them because they knew they’d get in trouble, they knew they were screwing customers over. And now they’re hoping that Apple will reverse their decision because Epic has mobilised those same customers to fight for them.

Manipulating thousands of impressionable minds into doing their job for them without further thought? Now that sounds rather dystopian, doesn’t it?

Featured image courtesy of  Epic Games via IMDb. Image use licence here. No changes made to this image.