From Memento To Tenet: How Christopher Nolan’s Films Continue To Capture Our Imagination

Through troubling times comes Tenet, Nolan’s newest addition to an expansive list of mind-boggling motion pictures. From Inception to the Dark Knight trilogy, his host of action-fuelled films provide hours of eye-watering entertainment, enough to appease your quarantine qualms. With great expectations looming, could Nolan’s new release resurrect the cinema industry after months of inactivity?

Prior the outbreak of a global pandemic earlier this year, Nolan’s new action-packed thriller Tenet was set to become one of the blockbusters of the year. Hopes were dashed when its release date was significantly delayed, leaving avid film fans disappointed and wishing they could turn back the clock.

Now, with film reels still frozen, and cinema doors largely shut to the public, Nolan takes on the immense challenge of bringing life back to the box office. The English director’s first release since Dunkirk (2017), Tenet seems to rely heavily on the idea of time manipulation, a recurring theme in a number of his previous films, and one that has come to define the so-called ‘Nolan genre’. More specifically, however, the plot appears to centre around the use of time reversal (or time inversion) in order to prevent some kind of doomsday, and, possibly, the untimely fate of the protagonist. This protagonist, a special agent played by John David Washington (BlacKkKlansman), must therefore twist time in order to save both himself and presumably the rest of mankind. 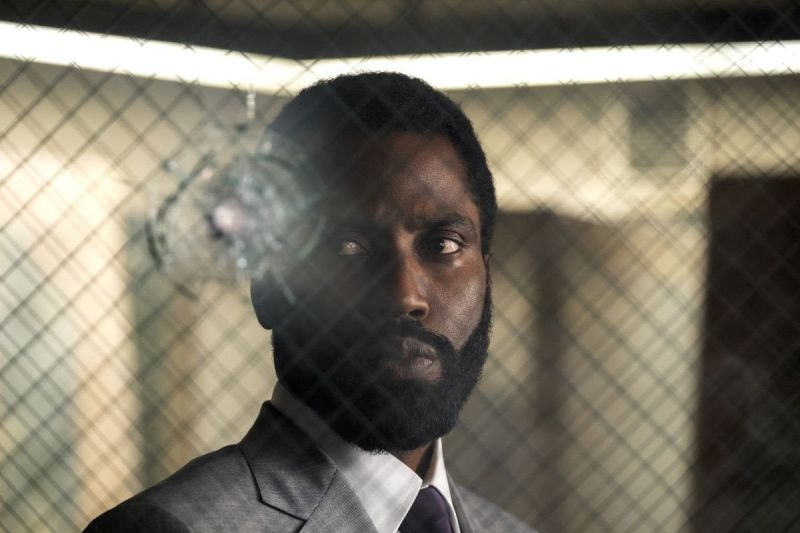 The time-warping similarities drawn by many to some of Nolan’s early works, such as Inception (2010) and Interstellar (2014), could likely mean that Tenet has all the necessary ingredients for becoming a box office behemoth within weeks of its release.

Nolan’s unique directorial style is marked by a trademark use of non-linear narratives in his films. It is this unorthodox method of storytelling that has helped best distinguish his work from that of other esteemed filmmakers. By establishing multiple storylines at once, individually building on each until they eventually overlap at a climax point, the audience become invested in following these loose ends until he ultimately ties them all up.

Let us take Memento (2000) as an example; Nolan alternates between scenes from the future and the past, while also alternating between those scenes shot in colour and those in black-and-white. Within this relatively complex plot template, he then inserts flashbacks to a time before the events documented in the film itself. Although this approach may appear confusing to certain audiences, its originality is what many viewers find so alluring, and is an almost definite cornerstone of Nolan’s directorial success. 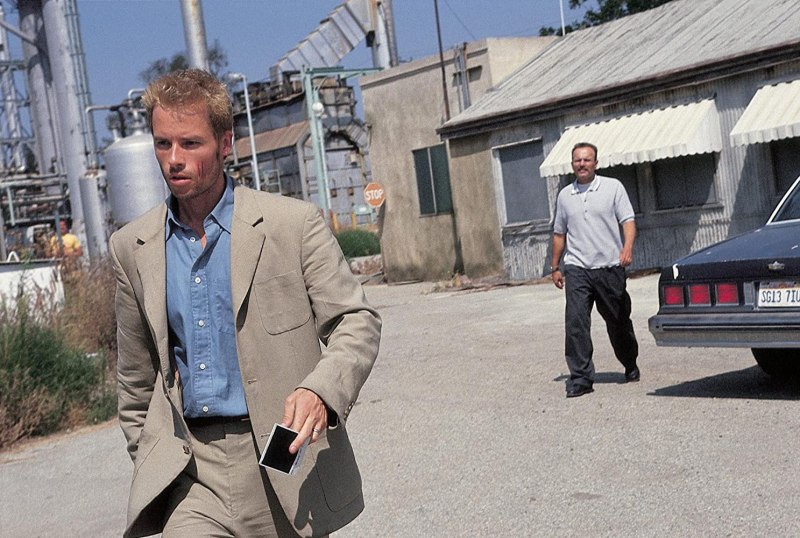 The likelihood is that Tenet will follow this same pattern, using scene intercutting as well as the non-linear narrative in order to try and achieve this same effect

Similarly, in Interstellar (2014) the intercutting of scenes from different points in the plotline (and in time itself) adds to the audience’s heightened awareness of time as a concept, and its pivotal role in the film as a whole. In this way, Nolan pieces together the wider puzzle, each scene depicting a specific key moment. The plotline takes the audience from Earth to uncharted space territory, with scene-to-scene contrasts underlining the pivotal role distance and time plays in the story.

Even in Dunkirk (2017) the chronology of scenes is shifted in order to portray different points of view at different times. One moment the audience are hemmed in with the vulnerable soldiers scattered among the beach, the next they’re propelled far into the sky into the cockpit of a fighter jet. The backdrop is an ever-changing mosaic that captures the eye of the eager viewer almost seamlessly, slyly avoiding the pitfalls of monotony that so many film plotlines fall into. The likelihood is that Tenet will follow this same pattern, using scene intercutting as well as the non-linear narrative in order to try and achieve this same effect. Nolan’s choices are numerous; will he start at the end and scrawl backwards, intercut with flashback and flashforward scenes from beginning to end, or attempt something new? The possibilities seem limitless.

If Tenet promises anything, it is that it will bring back the fast-pacing, heart-racing atmosphere Nolan fans are so well accustomed to. 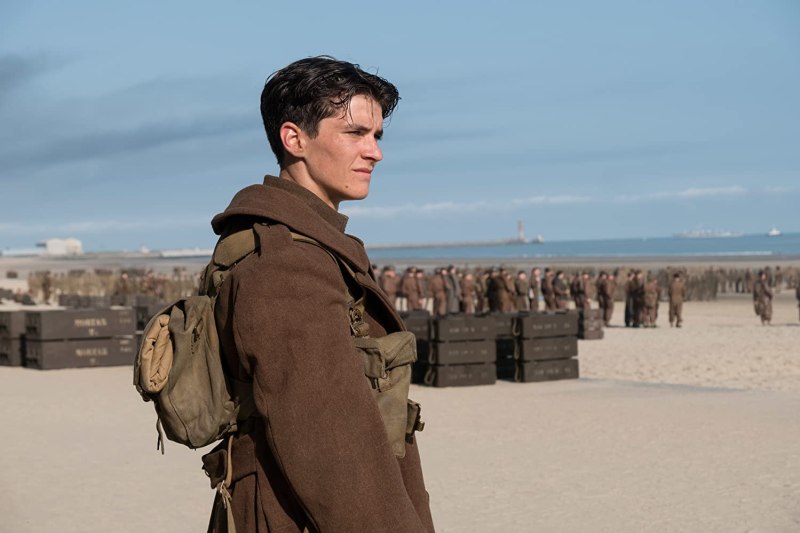 A mounting sense of tension is very much a prerequisite of any good thriller or blockbuster film. A sense of tangible suspense is enough to make an audience uncomfortably cringe in their seats, without wanting to move a muscle. If Tenet promises anything, it is that it will bring back the fast-pacing, heart-racing atmosphere Nolan fans are so well accustomed to. With Dunkirk, Nolan delivers 106 minutes of heart-gripping, jaw-clenching entertainment. The restless ticking sound that creeps in from behind like an inevitable time-bomb runs tirelessly throughout the majority of the film, accelerating the pace and accentuating the oncoming danger the beach-bound soldiers are faced with. When fighter jets close in on an enemy, we hear the whirring of an engine and the rapid-fire recoil of bullets that seem to ricochet off our ears. When soldiers lay lifelessly on the sand, the bombshell explosions get incrementally louder and closer to the audience, rocking the room we’re in, until we find that our protagonist survives by a mere stretch of sand.

In The Dark Knight (2008), we trail closely behind Batman as he struggles to protect the city of Gotham from the forces of evil at play. Action-packed brawls ensue, hostage situations unfold and the Joker seems to hold all the cards. Powerful music scoring and sound effects play an imperative role in the process of building tension in this storyline, until the plot reaches its eventual climax point. If this mid-pandemic motion picture is to be his true chef-d’œuvre, his masterpiece in the making, Tenet will incorporate superhero-like action sequences with suspenseful close-up character shots, contrasting the ear-piercing sounds of action stunts with eery silences to produce an unwavering sense of tension among audiences.

There is no simple way to pull off time inversion, especially when your name is Christopher Nolan, so audiences can expect flipping cars, explosions and daring freefalls

It is rare for a film to escape Nolan’s clutches without some kind of impossibly complex stunt entangled in its mesh. When it comes to producing quality jaw-dropping visuals and spectacular scenes, Nolan almost always takes the classic hands-on approach and dodges computer screens and CGI shortcuts. If he can send a human being hundreds of metres into the air with a camera fastened to his chest, he won’t hesitate to pull the trigger. And that’s what could make Tenet all the more dramatic. Inception (2010) famously features a mind-blowing, rotating, zero-gravity chamber in which actors such as Joseph Gordon-Levitt faced the unexpected challenge of tussling with their own bodyweight and floating around on a spinning platform in order to create a realistic, Interstellar-like effect. The finished result is that the hallway appears to be spinning as if by magic, achieving the dream-like visuals envisaged by the filmmaking team.

Perhaps Interstellar presented them with an even greater challenge, needing to replicate a space-like atmosphere using minimal CGI-based methods. In this case, harnesses with four strings attached were used to raise and lower the actors, in order to accurately convey the effect of zero gravity once again. With the help and advice of real-life astronauts, every movement and action actors was designed to accurately mimic that of a human being in space. 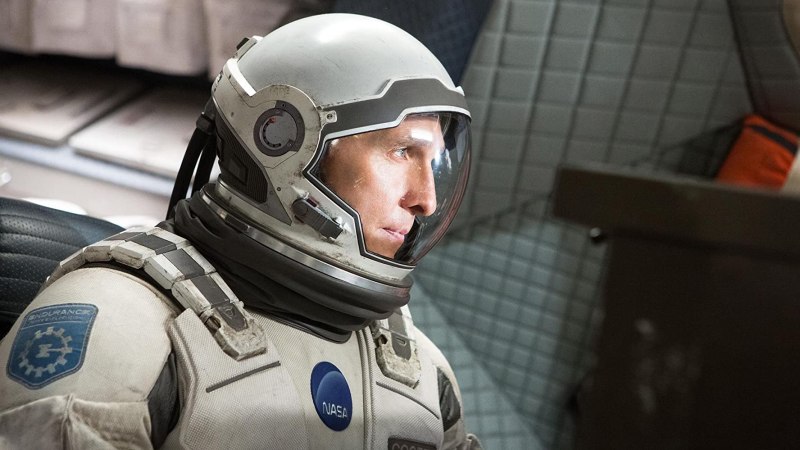 Whether we’re dreaming or living a reality, there really is no film like a Nolan film

In the last decade, Nolan has set himself an inexplicably high standard in regards to stunt operations, meaning it will be hard to top for John David Washington and the rest of the cast and crew. However, there is no simple way to pull off time inversion, especially when your name is Christopher Nolan, so audiences can expect flipping cars, explosions and daring freefalls.

When cinema doors swing wide open again, when we dust the cobwebs off the seats and when the film reels start spinning again, not everything will feel quite right just yet. It may be a while before we go back to the popcorn-munching bliss of before, gorging on trailers before the film begins, or shuffling in late across a row packed with squirming cinema-goers. Although we can’t yet turn back time, or change the past, audiences can still look forward to more than just an ordinary action blockbuster in Tenet, but rather, a genuine cinematic experience. Because whether we’re dreaming or living a reality, there really is no film like a Nolan film.