Despite A Poor Start, Forest Fans Should Aim High This Season 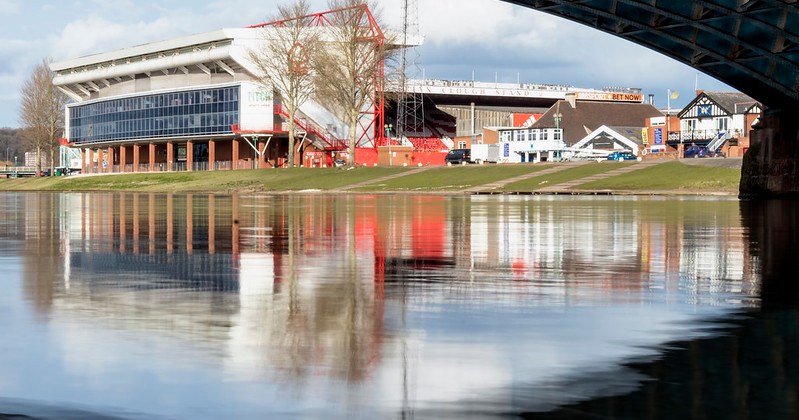 Nottingham Forest are in a deep rut. Three games, three losses and no goals scored tells its own story, but this is the Reds’ worst start in 66 years. After football resumed following COVID-19, Forest picked up just two wins from a possible nine, culminating in the calamitous 4-1 final day defeat against Stoke City.

That result saw them plummet out of the play-offs, a position they had held for three quarters of the season. Just a month and a half later, the new season has begun, but the ghosts of that capitulation are still tormenting the players.

Given all this, why should Forest fans feel optimistic about the 20/21 season? The simple answer is because Forest already have a squad good enough to be promoted from the Championship.

After their 1-0 defeat by Huddersfield Town, manager Sabri Lamouchi conceded that he was “feeling the pressure” from trigger-happy owner Evangelos Marinakis, who has sacked fourteen managers in ten years under his stewardship at Olympiacos. Meanwhile, “Eddie Howe”, the ex-Bournemouth manager, was trending on Twitter in Nottingham. Dark clouds seem to be gathering above the City Ground.

Given all this, why should Forest fans feel optimistic about the 20/21 season?

The simple answer is because Forest already have a squad good enough to be promoted from the Championship. The single most important aspect in football is player quality, and the Tricky Trees have improved on a squad that was consistently challenging in the league’s Top Six.

Lamouchi has gone on record to assert the Forest squad’s strength: “We have signed exactly the players I think the team needs in this league. So now we just need to do our job. We need to get positive results as soon as possible. The owner has given me the players I want. I am just a manager, not a magician. But the players are with us.”

Although Ben Watson, a vocal and popular dressing room figure and midfield metronome, departed on a free transfer, Forest have added several talented players to fill this void.

Nottingham Forest boasted the fifth best defensive record and the third best away record of any Championship team. They played canny, defensively organised football that was hard to beat. Indeed, the Reds often thrived against the league’s high-flyers – they did the double over free-scoring Brentford.

Brice Samba, bought in from Caen, solved a longstanding problem at a goalkeeper while defensive midfielder Samba Sow, signed from Dynamo Moscow, added much-needed steel. Hucknall-born centre-back Joe Worrall consistently developed and Player of The Season Matty Cash was the outstanding right-back in the Championship. They have notably added Scotland international Scott McKenna for a reported £6 million and French starlet Loïc Mbe Soh from Paris Saint-Germain. Cyrus Christie, a proven Championship player, has joined from Fulham to replace Cash, who has left for £16 million to Aston Villa.

Although Ben Watson, a vocal and popular dressing room figure and midfield metronome, departed on a free transfer, Forest have added several talented players to fill this void. Harry Arter and Jack Colback, who had a previously successful loan spell at the City Ground, are experienced campaigners and have joined on free transfers. Luke Freeman, a loan signing from Sheffield United, was Player of the Year at Championship rivals QPR two seasons ago.

On paper, the quality is there. Unfortunately for Forest and Lamouchi, Championship football is not played on paper. The results are stark.

At the other end of the pitch, club captain Lewis Grabban led by example as the focal point of Lamouchi’s 4-2-3-1. The striker was the Championship’s third top scorer with 20 league goals. Left-footed winger Joe Lolley has been one of the Championships’s best players for more than a season. Sammy Ameobi worked tirelessly and chipped in with key goals. They have now added Lyle Taylor, who bagged eleven goals in a struggling Charlton side, to share the attacking workload. The mercurial club-record signing Joao Carvalho, often underused, waits in the wings. On paper, the quality is there.

Unfortunately for Forest and Lamouchi, Championship football is not played on paper. The results are stark. Without fans in the stands to give them a shot in the arm, confidence is running on empty. That is difficult for a group of players haunted by such a recent disaster. If Lamouchi is given time, he could mount his squad of talented hand-picked players together and mount a title tilt. Last year, Brentford picked up four points from their first possible fifteen, and yet would have been automatically promoted if they had won either of their last two games.

If Lamouchi is relieved of his duties, a manager of Howe’s calibre could come in with a view to a more expansive, attacking philosophy that some fans desire. There are certainly the players there able to play that way. With an ambitious owner who is willing to invest, Nottingham Forest should be challenging for the top rather than languishing where they are now. The Reds have their best squad in over a decade. Now they need to start proving that on the pitch.

Featured image used courtesy of Arran Bee via Flickr. No changes were made to this image. Image use license here.

A Christmas Miracle: Gavin Williamson Confirms Students Will Be Home For The Holidays