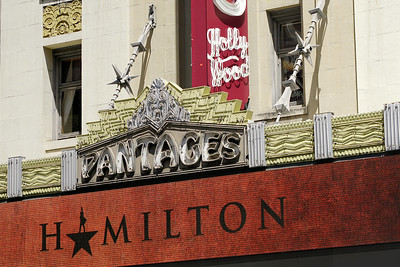 Judging the musical alone, there’s no doubt that it is world-class, yet it is Miranda’s mission to both bring hip-hop music into the theatre and incorporate a hugely diverse cast that makes Hamilton truly revolutionary.

Lin-Manuel Miranda stars as Alexander Hamilton, one of America’s most forgotten founding fathers to tell the story of Hamilton’s life and the American revolution. Miranda brings famous names from history to life through hip-hop to deliver an inspirational story backed by an important cultural statement. Truly an uplifting and entertaining musical phenomenon, Hamilton is simply unmissable. Having been released as a film version on Disney+, Lin-Manuel Miranda’s spectacular creation can now be endlessly re-watched from the comfort of my sofa, making the experience even better (if that’s possible).

From the outset, Hamilton makes an impact. Having already run as a successful stage show from 2016 under the direction of Thomas Kail, there was no doubt that ‘Hamilfilm’ (as it has been coined) would deliver, but the way it has been adapted to film is very impressive.

Filmed over a 3-day period in 2016 at the Richard Rogers Theatre, the movie shows a different perspective to the live performances due to the use of varying camera angles. Personally, I enjoyed the close-up shots as they make the experience more intimate and captivating, but arguably some of the camera angles distract from the overall impact of the scenes as you can’t always see the ensemble’s choreography. Also, as some of it was shot with an audience, and other parts in the empty theatre, it really feels like you’re watching a stage show which I loved and little additions like the audience’s applause adds to this.

From the outset, Hamilton makes an impact

Andy Blankenbuehler’s choreography is also outstanding; the movements of the ensemble seem continuous, making the show flow seamlessly from scene to scene. The dance ‘routines’ don’t appear cheesy at all, unlike in some musicals, and the movements simply enhance the power of certain scenes. The use of the turntable is also extremely clever as not only is it an added challenge for the cast to work around (which they did effortlessly), but it really aids the scene changes and shows time moving expertly.

Miranda’s music and lyrics are undoubtedly the heart of the show. The blend of musical styles brought together into one show is phenomenal, and to top it off the songs are incredibly catchy. Once you’ve seen the show, you will be listening to the soundtrack on repeat for weeks. A feat of musical brilliance unlike any other show.

Potentially the greatest achievement of ‘Hamilton’ is its cultural statement. The casting of this theatrical phenomenon is absolute brilliance. The conscious decision to have a culturally diverse cast really enhances the show, bringing the stories of America’s ‘Founding Fathers’ into the 21st Century. The use of rap and hip-hop music, combined with a predominantly BAME cast, breaks the generic mould of musicals which could be why Hamilton has seen such success so far.

The casting of this theatrical phenomenon is absolute brilliance

While Miranda gives an extraordinary performance as Alexander Hamilton, the rest of the cast deserve just as much recognition for their outstanding talents. Jonathon Groff’s almost mocking portrayal of King George III brings well-deserved humour to the show; while Phillipa Soo’s Eliza Schuyler grounds the show with gut-wrenching emotion and impeccable vocals. In addition to this, many of the cast, such as Anthony Ramos, Daveed Diggs, Jasmine Cephas Jones and Okieriete Onaodowan, have dual roles, having to play two characters within the show which is an impressive feat. This is superbly done in my opinion as there is a clear divide between their first and second characters, avoiding any confusion for the audience.

The sole criticism I could give Hamilton is that it paints America’s history in an extremely different light to how it actually happened. Despite this, I can undoubtedly say that Hamilton is the perfect platform to spark interest in history and should be used as a launchpad for then educating ourselves further on black history. I highly recommend this musical to absolutely everyone.

Featured image courtesy of  ? Slices of Light ?? ? ? via Flickr. Image license found here. No changes made to this image.

In-article images courtesy of @hamiltonmusical via instagram.com. No changes made to these images.

For Sama: A Must-See Film With An Important Message

What The PM’s Announcement Means For Nottingham