What The PM’s Announcement Means For Nottingham 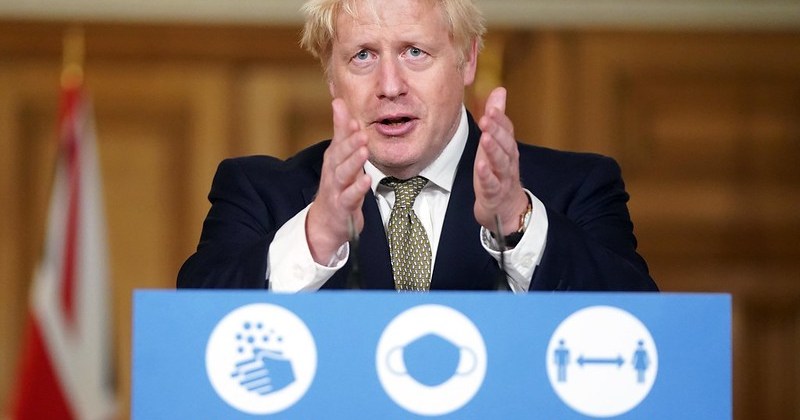 After much anticipation, the Nottinghamshire area, including Nottingham City, has been placed on ‘high’ alert as part of the new local COVID restrictions, as announced by the government on Monday.

From Wednesday, the mixing of households and social bubbles indoors is banned

In his statement made to the House of Commons yesterday afternoon, Prime Minister Boris Johnson unveiled the new three-tiered system of local COVID alerts in England. These new rules seek to ‘simplify and standardise’ the complex local restrictions already in place up and down the country, and aim to prevent the NHS from coming under too much immense strain as we head into winter.

Nottingham, as well as most areas already under local restrictions, has been placed under ‘high’ alert – the second tier. This means that, from Wednesday, the mixing of households and social bubbles indoors is banned.

This comes as an attempt by the Prime Minster to prevent was he has called ‘household – to – household transmission’ of Coronavirus. Mixing is, however, permitted in socially distanced groups of up to six people in outdoor spaces, such as private gardens and open public spaces as it is harder for the virus to spread outside.

Hospitality venues, such as pubs, bars and restaurants are also allowed to remain open, as long as they continue to operate under COVID-secure measures and adhere to the 10pm curfew.

Whilst travel to venues and business that are legally allowed to open is permitted, new guidance urges residents in areas on high COVID alert to reduce travel and try to make only essential journeys for amenities, work and education, for instance.

As it currently stands, most of the country will be placed on ‘medium’ alert within the first tier of restrictions. This essentially means that they will remain subject to the current restrictions on socialising within groups of six indoors and outside, and the 10pm curfew will continue.

It is only the city region of Liverpool that has been allocated the toughest measures of this new tier system, placed on those areas with rapidly rising infection rates that threaten to put great strain on the NHS.

Under the new ‘very high’ alert restrictions,  social mixing of households is not permitted at all – indoors or out – and pubs and bars are to close, unless they can operate as a restaurant and serve alcohol to customers as part of a sit-down meal, Boris Johnson revealed during the Press Conference last night. Very high alert restrictions also mean that travel in and out of the region is prohibited, along with the closure of betting shops, casinos, gyms, and similar entertainment venues.

It seems that many were expecting the most severe restrictions to be placed on Nottingham yesterday, due to reports that the area had the highest infection rate in the country. Such cases have been largely attributed to the spread of Coronavirus amongst Nottingham students, with the University of Nottingham confirming just an hour before the Prime Minster gave his statement that 1,510 of its students had tested positive – up from 425 the week prior – along with 20 members of staff.

It is reported that Nottingham was saved from being on ‘very high’ alert due to most of the area’s Coronavirus cases being amongst young people and the number of patients with the virus in its hospitals remaining fairly low. It is also likely that the high infection rate is a result of the University’s asymptomatic testing programme, alongside its two walk-in test stations on campus. This means cases that would otherwise go undetected are being identified within the student community.

Featured image courtesy of Number 10 on Flickr. Image license found here. No changes were made to this image.