“Whores in This House”: The Cardi B Track Empowering Women and Enraging Prudes

Gloriously lewd and seeped in feminist sentiment, Cardi B and Megan Thee Stallion’s WAP has ridden controversy to the top. Whilst many have lamented its lyrics are too salacious for young ears, Miranda Harrington contends that the track is a vital celebration of female pleasure and sexuality.

Since its premier on August 7th, Cardi B and Megan Thee Stallion’s sex-positive anthem WAP has sent shockwaves through the music industry, eliciting both reactions of empowerment and disgust. The track’s playfully raunchy lyrics celebrate female desire and the feminine body, which despite its monumental success, has attracted much criticism and outrage.

Male artists frequently and graphically rap about sex with no fallout, therefore the pearl-clutching condemnation of WAP highlights issues of how we perceive sexually empowered women in the music industry, whilst failing to recognise their key role in creating rap as we know it today. After debuting at #1 on the Billboard Hot 100, WAP enjoyed a historic first week in the US by reaching a colossal ninety-three million streams – the greatest number ever recorded.

The visually striking and steamy music video, featuring cameos from the likes of Normani and Kylie Jenner also made history; smashing the YouTube record for the biggest twenty-four hour debut from an all-female collaboration. Cardi B and Megan Thee Stallion have achieved monumental success with the racy WAP; however, many have been quick to criticise its graphic lyrical and visual celebration of female pleasure and sexuality.  The majority of the track’s criticism, unsurprisingly, has come from men. 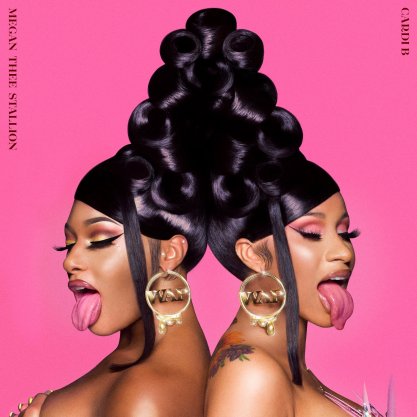 This criminally overlooks the extremely influential history of women in rap. His ignorance becomes increasingly apparent as he mansplains that, “the scenes where there are numerous women dancing are no different from hip-hop videos from twenty years ago, Sir mix-a-lot or like other male hip-hop artists.” This narrow and thinly-veiled misogynistic view is symptomatic of the widespread ignorance regarding the impact of female artists on the rap industry today.

Brand, like many others, failed to recognise the long history of sexually empowered and provocative women in rap. Whilst male artist’s lyrics often discuss sex explicitly and graphically, it is not these that WAP draws its inspiration from. Female rappers celebrating sexual agency and eroticism is nothing new; it is hard to forget Nicki Minaj’s provocative and hugely successful 2014 single Anaconda, which smashed VEVO records in its amassing of a colossal 19.6 million views in just twenty-four hours. This X-rated iconography and sound can be traced back to the archetypal Lil Kim, who has been credited with writing the blueprint for contemporary female hip hop artists both aesthetically and lyrically.

Sexual liberation, which WAP undoubtedly advocates, has been a pursuit of feminism since its second wave

The influence of Lil Kim is clear in Cardi B’s styling and posing in one captivating scene of the video, which pays homage to Lil Kim’s iconic 1996 ‘Hardcore’ poster. Misattributing WAP’s roots to male artists is typical of a culture which overlooks and understates the significant role women play in the music industry. American political commentator Ben Shapiro’s comical condemnation of WAP also misses the point of this sex positive track. On August 11th, Shapiro took to his podcast to brand the track, “really really really vulgar”. He later sarcastically remarks that, “this is what feminists fought for. This is what the feminist movement was all about”.

Whilst WAP is by no means a feminist manifesto, its brand of sex-positive feminism speaks to a generation of women who want to celebrate sexual agency and pleasure. Sexual liberation, which WAP undoubtedly advocates, has been a pursuit of feminism since its second wave in the 1950’s. As contemporary feminism moves towards intersectionality, feminism by very definition calls for the equality and representation of all women, regardless of how they choose to dress or act. Shapiro comments that WAP, “Is not really about women being treated as independent, full rounded human beings, it’s about wet ass p***y”. 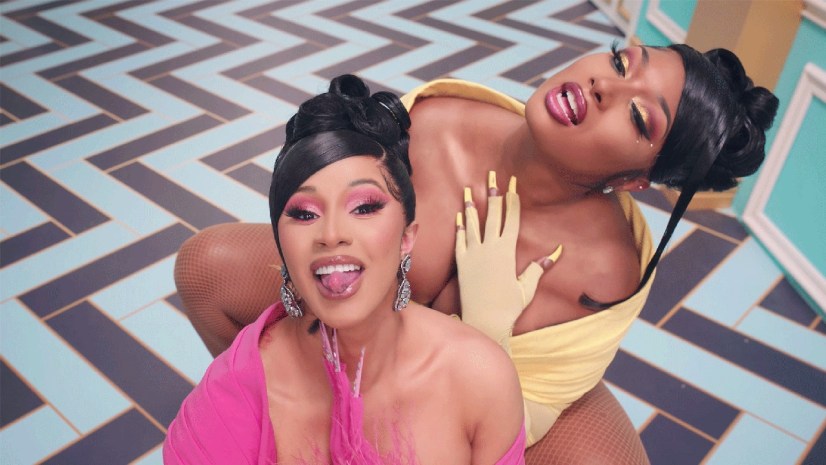 This inability to recognise the duo as both sexual entities and human beings is both reductive and harmful. Women choosing to perform provocatively and embrace their sexuality does not reduce them to merely sexual objects, and it should not be an excuse to erase their personhood. Cardi B and Megan Thee Stallion are incredibly well-rounded independent individuals. Cardi B is not only a dedicated mother, but also a political activist. She interviewed Democratic candidate Bernie Sanders in 2019, where she spoke out in advocacy for her Bronx community and brought awareness to issues of racism.

The WAP duo have also demonstrated their commitments to philanthropy by pledging to donate one million dollars of the track’s profits with the aim to, “celebrate all you powerful women out there”. Stallion is not only a record-breaking recording artist, but also a bachelor’s student and a screenwriter, with hopes of one day opening an assisted living facility in her hometown.

It is clear that these women are incredibly successful, powerful and complex, and their self-sexualisation does not, and should not, detract from this. A patriarchal society which chooses to reduce strong and sexual women to two-dimensional sex objects is the problem; not the women who choose to celebrate and capitalise on this one aspect of their multifaceted and talented personas.

Featured image courtesy of Sean Davis via Flickr. Image license found here. No changes made to this image.

The World’s Biggest Girlband You Probably Haven’t Heard Of

With Extinction Rebellion Demanding That ‘Fashion Act Now’, What Can We Do To Help?