The World’s Biggest Girlband You Probably Haven’t Heard Of

With the release of electric sophomore full-length The Album, Korean-pop’s biggest girl group BLACKPINK have continued their spirited quest for global domination. Beneath the mania and mayhem, Gemma Cockrell reflects on the meteoric rise of the band and K-Pop genre.

Since emerging just over four years ago, Korean-Pop girl group BLACKPINK have racked up billions of streams, and even played at 2019’s Coachella Festival. This week, they released their long-awaited sophomore, boldly titled The Album: an intense 24-minute pop barrage, described as an “adrenaline shot” by Rolling Stone, and featuring guest appearances from big names such Selena Gomez and Cardi B.

The band’s unique blend of rap and pop has seen them produce some of the catchiest music of the moment. With infectious hooks and snappy, glossy production, the quality of the music is suitably impressive – unsurprising considering it was produced by the team behind Ariana Grande’s chart-topping Sweetener. A testament to its quality and vivacity, the internet’s main complaint was that The Album is simply too short, and fans were left wanting even more.

Boyband BTS, who serve up a woozy mix of heartthrob good looks and ear-worm choruses, are the extent of many music fans’ knowledge of Korean music

Despite being Spotify’s most followed girl-group, as well as the most subscribed-to band on YouTube, many people, especially in the Western world, may not have even heard of BLACKPINK. The boyband, BTS, who serve up a woozy mix of heartthrob good looks and ear-worm choruses, are the extent of many music fans knowledge of Korean music. However, the lead single from BLACKPINK’s debut album How You Like That, actually held the record for most viewed YouTube clip in the first twenty-four hours of release, before BTS released their music video for Dynamite.

In October 2018, BTS became the first K-Pop group to play a US stadium – not only that, but they sold it out in a matter of minutes. This followed the success of the enigmatic single Fake Love, which debuted at number ten on the Billboard Hot 100, and the subsequent album Love Yourself: Tear which topped the Hot 200. Though BTS were to be the first K-Pop group with a number one album in the US, BLACKPINK were also making waves at this time. In June of 2018, they charted for the first time at Number fifty-five with the single Ddu-Du-Ddu-Du, which broke the record for the highest charting debut single for a Korean girl group.

K-Pop is therefore quite clearly dominating the internet, and has seen a rising prevalence in Western culture in recent years. Whilst K-Pop first rose to popularity in the United States around 2018, events such as K-Con have been held in the country since 2012. At this time, only a few hundred fans attended, but just six years later, conventions across the nation were attracting as many as a 125,000 fans.

As The Album surpassed one million stock pre-orders, BLACKPINK continued to break records – making it the first album by a Korean girl group to do so. Of the one million, 670,000 pre-orders came from Korea, whilst 340,000 were sold in the United States and Europe – proving the international nature of their vast fanbase.

The Western world’s first taste of Korean music, however, came in 2012 with PSY’s Gangnam Style – the first video to reach one billion streams on YouTube. However, as an internet meme and viral success, it is worlds away from the K-Pop music that is popular today. Without the increased popularity of streaming and social media, it is unlikely that any K-Pop artists would have been able to capture both charts and hearts on the other side of the globe. The genre’s fans have a far-reaching internet influence, dominating social media platforms such as Twitter, and helping the genre to achieve its Western breakthrough.

Despite achieving such fame beyond their home nation, both BTS and BLACKPINK continue to sing sections of their songs in their native tongue, as well as in English. Striking a dexterous balance between staying true to their roots and embracing their new found international fame, the band’s music is both accessible and unique in a hotly saturated pop market. 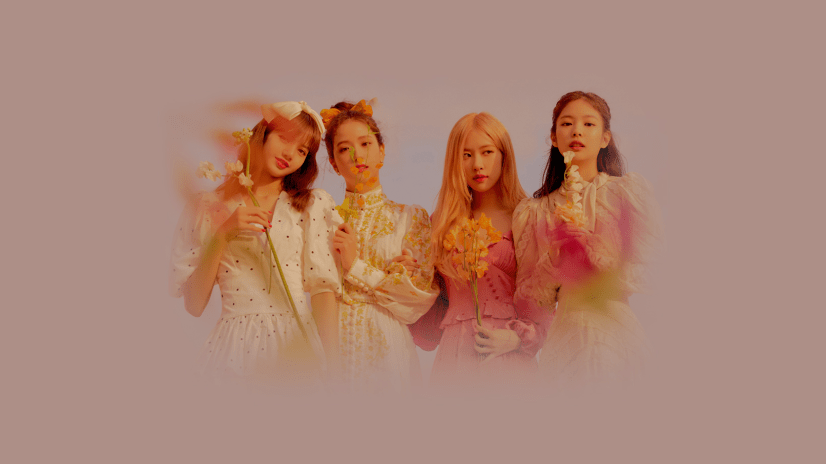 The enthusiasm and energy that the K-Pop genre exudes is another likely reason for its extraordinary success. Fast-paced and positive, polished performers combine magnetic riffs with well-choreographed dance routines – making for an experience unlike anything seen in other genres of music. It is simply impossible to listen without feeling happy and uplifted.

The surging popularity of video-sharing app TikTok has lent itself perfectly to these zealous dance routines. Offering fans the opportunity to feel connected with their favourite artists, and appreciate the skill of such diverse performers, it has led to an even greater online K-Pop fanbase. The genre is still not something we hear often on mainstream radio though, which suggests there is still ground to break. The record-breaking streaming figures and ever-growing internet front of bands like BTS and BLACKPINK, however, suggest that the future is bright for the genre, and more K-Pop bands are likely to follow in the footsteps of these pioneers.

Featured image courtesy of Darklord Digital via Flickr. Image license found here. No changes made to this image.

Article image courtesy of BLACKPINK via Facebook. No changes made to this image.

“Whores in This House”: The Cardi B Track Empowering Women and Enraging Prudes