Beyond Prague: Shedding Some Light on The Czech Republic

Prague, capital of the Czech Republic, is increasingly becoming one of the most popular European cities with tourists. A city of contrasts; known for both its popularity with British stag parties (prostitution is legal and beer is cheap), and its beautiful and historic Old Town with the famous Old Town Square, Charles Bridge and Prague castle.

But is Prague all there is to the Czech Republic? I certainly knew very little about the country when I signed up for my Erasmus, and after conducting a bit of “market research” with my peers, they appeared to be equally clueless.

Briefly, some basic facts. The Czech Republic is a landlocked country in Central Eastern Europe which shares a border with Austria, Poland, Germany and Slovakia. It has a population of nearly 11 million and has a Communist past. Formerly known as Czechoslovakia, it separated from Slovakia in 1993 following the Velvet Revolution and the fall of Communism in 1989. Is that all there’s worth knowing? Not quite.

I did a lot of my travelling in other European countries but there are still three standout places in the Czech Republic that I would recommend to all.

I don’t want to discredit Prague, it deserves its hype. There is plenty to see and do but it is a relatively small city, everywhere in the centre is within walking distance and the population is less than one and a half million.

I lived in Prague for nine months, so certainly had time on my side when it came to exploring. Any visitor to Prague however should be able to find a day or two to see the sights elsewhere. Admittedly, I did a lot of my travelling in other European countries but there are still three standout places in the Czech Republic that I would recommend to all.

First off is the South Moravian region which is home to Brno, the second biggest city of the Czech Republic and also its administrative and judicial centre. Although a vibrant city and certainly worth a visit, it’s the countryside which really holds an appeal. I came here as part of an organised trip but as the Czech Republic has excellent transport links, especially by train and coach, it is really easy to do by yourself.

In the heart of South Moravia is the picturesque town of Mikulov which is steeped in history. A highlight is the famous Dietrichstein chateau on the rock which sits at the top of the town and gives delightful panoramic views of the surrounding countryside. As far as evening activities are concerned, there is one clear choice. South Moravia is the central wine growing region of the Czech Republic and exports all over the world. The area is abundant with vineyards, many of which offer wine tasting opportunities, of which we took full advantage.

By travelling any short way into the countryside you will find plenty of nice spots for walking. We took a hike through woodland which culminated in a visit to the Punkva caves, the most popular caves of the Moravian Karst, where grand halls of stalactites and stalagmites can be found en route to the spectacular underwater abyss known as Macocha, (step-mother). From there you can take a boat through narrow tunnels along the underground river. 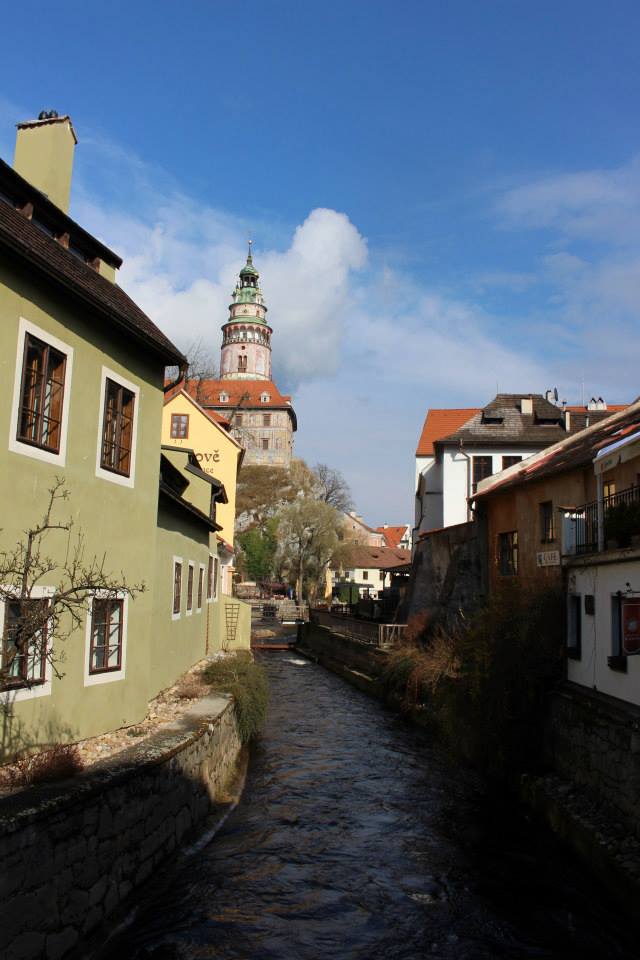 Another of the Czech Republic’s 14 regions is South Bohemia which is home to the small town of Ceský Krumlov, hailed by Lonely Planet as a “pocket sized Prague”. Although there are certainly glimpses of the capital to be seen, it still feels very unique. The typical cobbled streets wind their way up to the castle set in the rock, a UNESCO World Heritage site complete with bears which live in the castle’s old moat. The town itself is like something out of a fairy-tale, with beautiful renaissance buildings surrounded by picturesque gardens and encased by a river which winds its way around the town. Unfortunately we were only there for the day so there was only time for an exploration of the town without sampling the kayaking and rafting which is on offer down the river. 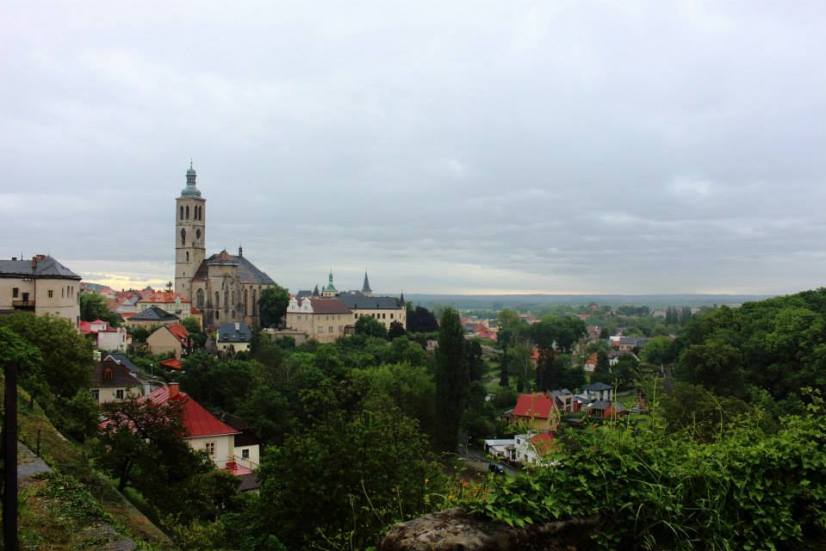 A third and final hidden gem that I would recommend is Kutná Hora in the Central Bohemian region, only an hour outside Prague by train. Kutná Hora is most famous for its Sedlec Ossuary also known as Kostnice, or in English, bone church. As the name suggests it is a church made out of human bones, and although slightly unnerving, is very unique and excites a kind of morbid curiosity in most of its visitors. Looking round the Ossuary doesn’t take all day though, so, as I did, it is worth walking into the main town to see some of the other sights.

At the other end of the town is St. Barbara’s Cathedral, a really magnificent example of gothic architecture which is surrounded by stunning views of the town below and the luscious countryside. Perhaps second only to the bone church, Kutná Hora is also primarily known for its silver mines in which you can go underground and explore as part of a guided tour. Finally, before you leave, make sure to stop for a drink at the Da?ický beer hall, a building that wouldn’t look out of place in medieval times. 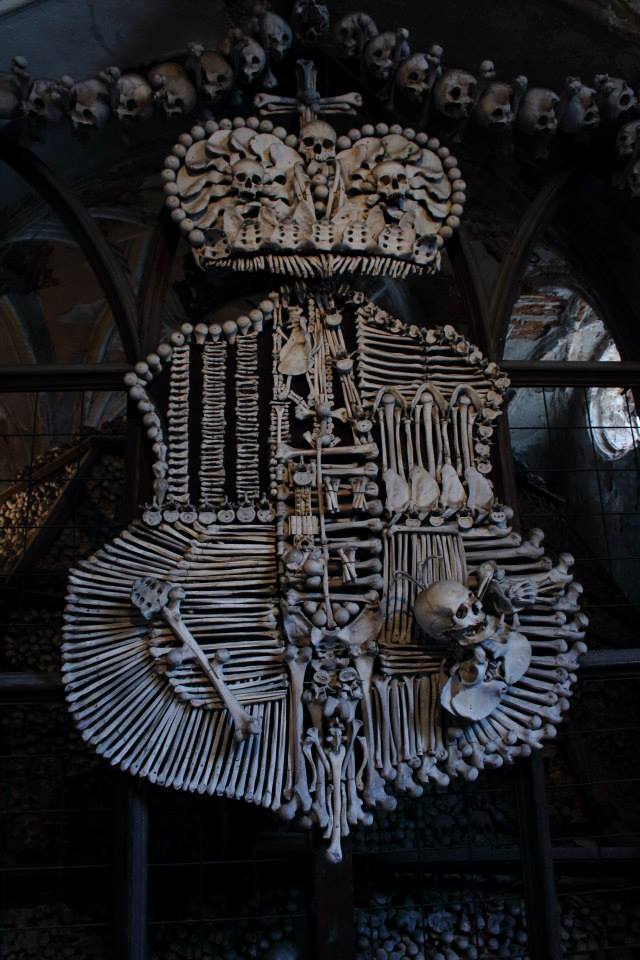 Even if travelling elsewhere in the Czech Republic doesn’t take your fancy, Prague is an excellent location for visiting other European countries. There are bus links to Vienna and Berlin which take three and four hours respectively and cost £30-£50. I went to both these places for weekend breaks, but also did two and half weeks of interrailing in Eastern Europe. Starting in Kraków which took ten hours on an overnight sleeper train, we did a circular route through Budapest, Bra?ov, Sofia, Belgrade and Bratislava, before catching a four hour train back to Prague.

I hope I’ve managed to at least shed a bit of light on this little known country. Although I’ve mentioned only three places, there are many others which are certainly worth seeing. The spa town of Karlovy Vary, known for the healing properties of its waters, and Plze?, home to the famous Pilsner brewery and European capital of culture for 2015, are just two more of the many places I wish I’d had the opportunity to see while living in Prague. I will certainly be back one day and so hopefully will many other people, to discover the many hidden gems of the Czech Republic.

Photos courtesy of Ellen Williams and Miroslav Petrasko via Flickr

The Best and The Worst: Celebrity Style Teen Choice Awards 2014