Watch This If…You Want to Be More Confident 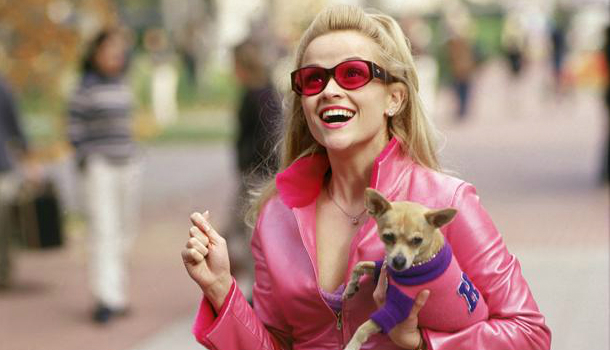 These days, people are always saying you should be yourself, but the question is how? Perhaps a surprising source gives us the answer: Legally Blonde. Yes, you read right, a quintessential “chick-flick” can be an inspiration to girls and boys alike, helping deconstruct some of the stereotypes people are already trying to change. So long as you don’t hate the colour pink that is. There is a lot of pink in this film. A lot.

At the film’s beginning, we are introduced to Elle Woods (Reese Witherspoon), and first impressions are likely to be negative. People decide, within seconds of seeing this girl, that she’s either dumb, bitchy, or worst of all, both. Mostly we assume dumb, judging by the fashion major, the sorority house and the chihuahua companion. However with steely determination and hard work, it’s obvious she’s startlingly clever, managing to get into Harvard Law (a feat that even manages to jump the cultural barrier between the US and UK).

All this is despite the fact that multiple people, including her own parents, try to dissuade her. Law School is for “serious” people her father states, and Elle isn’t supposedly serious enough. This is one way in which Legally Blonde manages to show that, despite what other might say to try and discourage you, they have no idea know who you really are. 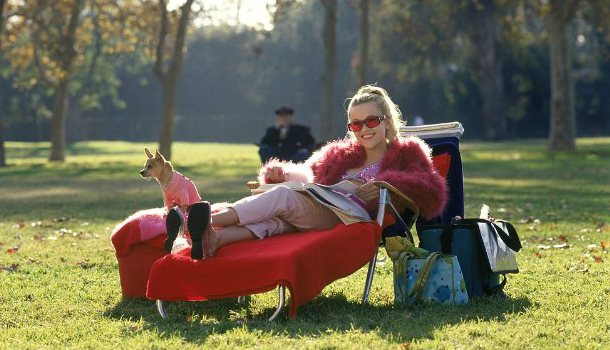 Some may argue Elle isn’t a good role model however, as even though she got into Harvard, she applied for the wrong reason of pursuing her ex, Warner. Yet, his disbelief in her abilities and general ‘better-than-you’ attitude, not to mention his new fiancée (even though Elle and he had only just broken-up), make him an unlikable person, and the audience has the satisfaction of not only watching Elle realise this, but also watch her get her own back.

She isn’t evil about it though, and this is important; instead of directly attacking him, Elle simply sets out to do the best that she can do and get a coveted internship. Sure she may care about her appearance, yes she has the little handbag dog and of course her CV is scented with fragrance, but that doesn’t mean she’s not going to work hard and achieve whatever she wants.

One of the greatest things about Legally Blonde is that it doesn’t equate strong female role models with tough, unfeeling warriors, as some media likes to present. Rather, this film shows that just because someone looks and acts a certain way, that does not define how strong or weak of a person they are, and that is a really important message in today’s society, where so many people are stigmatised with rigid labels which sometimes don’t seem to fit. 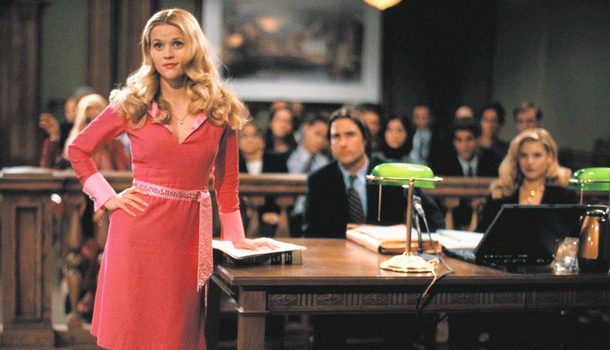 In Legally Blonde, Elle does have some allies. The characters of Paulette (who works at a salon) and Brooke (a fitness instructor and previous member of Elle’s sorority, charged with a murder she says she didn’t commit) both believe in Elle’s abilities and both implicitly trust her. This trust comes from Elle’s inherent goodness.

She’s nice to people even if they don’t like her and this is one of the key lessons from the film. Being self-confident does not mean you have to put other people down to make yourself feel better. Instead, if you see what’s good about everyone else, it’s suddenly a lot easier to think positively about yourself, just as Elle does.

So if you need an extra bit of confidence, soon remember, only you can fully understand yourself; you don’t have to conform to stereotypes; being nice to people will not only make them feel happy, but also help you in the long run and most of all, as cheesy as it sounds, have fun.

To get that confidence boost, you can watch Legally Blonde either through Amazon Instant Video, Love Film by Post or buy it to keep digitally and/or physically through many major media entertainment retailers.

Review – Tony Benn: Will And Testament