Film Review – The Hobbit: The Battle of the Five Armies 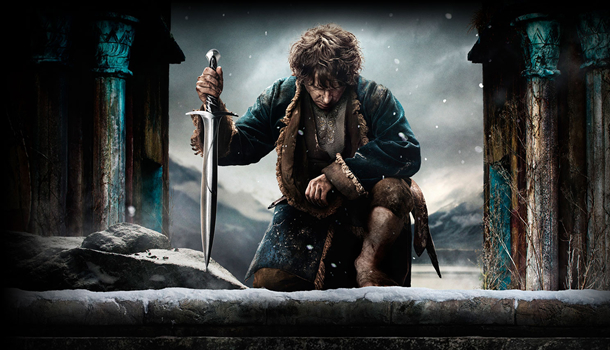 The Hobbit: The Battle of the Five Armies is the epic conclusion to Peter Jackson’s Hobbit trilogy. What is said to be the conclusion of Jackson’s Middle-earth adventure, and possibly the final live action depiction of J. R. R. Tolkien’s world for some time, this finale leaves the series as grand as it was when we entered with The Lord of the Rings, as there is absolutely nothing to complain about regarding the scale of this film.

All the familiar characters are back, with Cate Blanchett as Galadriel, Richard Armitage as Thorin Oakenshield, Ian McKellen as Gandalf and, of course, Martin Freeman as Bilbo Baggins. When the last film, The Desolation of Smaug, ended last year, Erebor had just been reclaimed and the deathly dragon was flying off to cause cataclysmic chaos. Showing in IMAX 3D, Smaug’s attack on Lake Town is almost real enough to give off heat from the flames in the vividly sensual imagery that blazes through the screen.

As its title would suggest, much of the film is focused on the eponymous battle. There are several long action sequences throughout, but still with enough time taken out to concentrate on other aspects of the characters, so the film doesn’t feel like an endless drag. Surprisingly, The Battle of the Five Armies is the shortest of Jackson’s Middle-earth movies, with a modest run-time of just 144 minutes, significantly shorter than the previous films of the series. Yet, this shorter length feels appropriate.

The action is very well choreographed, though there is one particular fight scene involving Tauriel that not only left a bit to be desired, but was also overly melodramatic and a bizarre sort of competition to be her love interest. The only other complaint is the way some of the villains seem to have endless lives, with one of Legolas’s fights particularly feeling like a notably bad boss battle in a video game.

Nonetheless, these are small snippets of disappointment amidst an otherwise rewarding experience. One of the best scenes was in fact a moment that had many viewers sceptical from its glimpse in the trailer: when Blanchett’s Galadriel walks barefoot onto the battle field and kisses the forehead of a downed Gandalf. No spoilers, but that is most definitely a moment to be devoting undivided attention.

Another standout performance is delivered from Richard Armitage as the King under the Mountain, almost a different character to the Thorin that began the quest to reclaim the Lonely Mountain in An Unexpected Journey. He doesn’t try and oversell any of the emotions that could easily have strayed over to the ridiculous, and the grounded friendship between he and Bilbo remains one of the strongest elements of a story that basks in the fantastical. 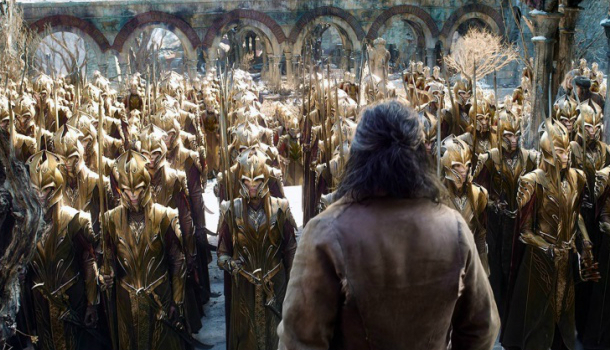 Besides the performances, the effects are even better than what has come to be become expected of Peter Jackson’s pictures. The elves are ethereal, even in battle, and Lee Pace as Thranduil especially manages to maintain that almost untouchable aura, even as he beheads orcs on the run. The only scene where the VFX choices were a bit jarring (and borderline of what a cinema should warn for in regards to flashing images), was during the confrontation with the Necromancer.

The Battle of the Five Armies has several clear tie-ins to The Lord of the Rings trilogy, meaning the transitional shift in tone that has taken place across all three Hobbit movies means they have aligned themselves comfortably with the other trilogy, allowing a mega-marathon of watching all six films that should work well as an epic, satisfying experience.

Billy Boyd’s song “The Last Goodbye”, played at the film’s end is worth sitting through the credits for. With this, the events of the movie itself, and knowing that this is the final film in this franchise (unless the Tolkien estate is willing), I defy any follower of the franchise to not be a little teary-eyed.