A Little History of the Humble English Pie 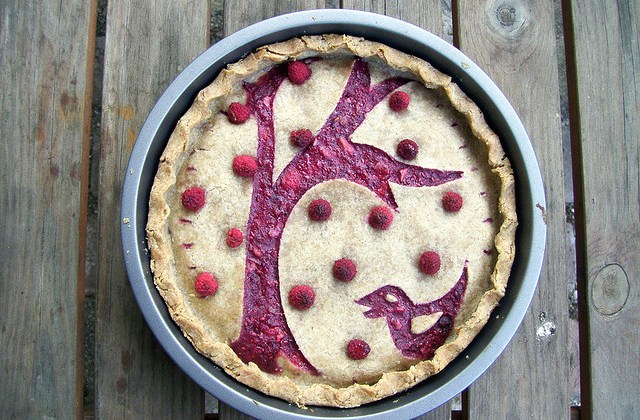 The humble pie, it’s touching, quaint and has an important place in the heart for every Englishman, but where did the concept originate from? And how did it become such a central icon within British cuisine?

The Oxford English Dictionary traces the first use of the word “pie” all the way back to 1303, so we’ve loved pies for a long time. Renowned food historian Alan Davidson viewed that word as a contraction of the common “magpie” – the frantic bird that collects a variety of sparkly things for their nests, much like pies containing a variety of ingredients that are nestled in a pastry case.

The first pies appeared around 9500 BC, in the New Stone Age but historians believe that the Greeks were the fathers of the typical pastry pie the UK has grown to love. A fatty flour-water paste was wrapped around meat in order to preserve it during harsh sea voyages. This knowledge was then transferred to the Romans who, having conquered parts of Northern Europe and southern Spain were far more skilled at using salt and spices.

The method then trickled down into the British Empire. At the coronation of eight-year old English King Henry VI in 1429, “Partridge and Peacock” pie was served, consisting of a whole cooked peacock mounted on a partridge filled pie.

The working class then had its own take on the rich dish, because birds were expensive people had to rely on inexpensive local ingredients such as eels which could be fished right out of the River Thames. The 18th century thus gave rise to “Eel Pie and Mash Houses”. These were, and still are popular places to buy a cheap and filling meal after a hard day’s work.

From here, pie and mash grew up in and around London with its roots stuck firmly in the East End of London. The River Thames was a big influence in how food traditions were formed as it provided fresh water and salt water fish in good supply. London also had a great variety of meat, vegetable and fruit brought up to the port of the Thames from all over the world.

Modern pies we have today, with their crinkled sides and hot puff crusts have come from a long historical line of adaptations. But one of the loveliest things about pies that we have seen throughout history their universal appeal. From the start, everyone from the king down enjoyed them. The typical English pie remains a favourite of the nation, always providing sincere nostalgic feelings to the old and a warming hearty meal for the young.