Green Man once again stands up to its reputation as one of the Summer’s best festivals with incredible music, comedy and food – not to mention the setting.

What’s all the hype about?

Perhaps the festival’s secret is it seems to have sussed out co-existence at festivals. The demographic is very diverse, both in terms of music taste and age. Family festivals do have a reputation for losing the festival edge but with Green Man the music is pushed right to the limit with the average headline set starting between 11 and midnight, after this other stages stay open well past the early hours of the morning. There’s probably around an hour gap between tents closing and children’s activities starting.

How about that view ‘ey?

With the main stage perfectly aligned directly in front of one of the Beacons’ peaks the beauty of the setting was constantly on your mind. Not only the Brecon Beacons but the festival itself was stunning, from the peace of the Walled Garden to the children in the river, sometimes it was hard to remember that it was actually a music festival 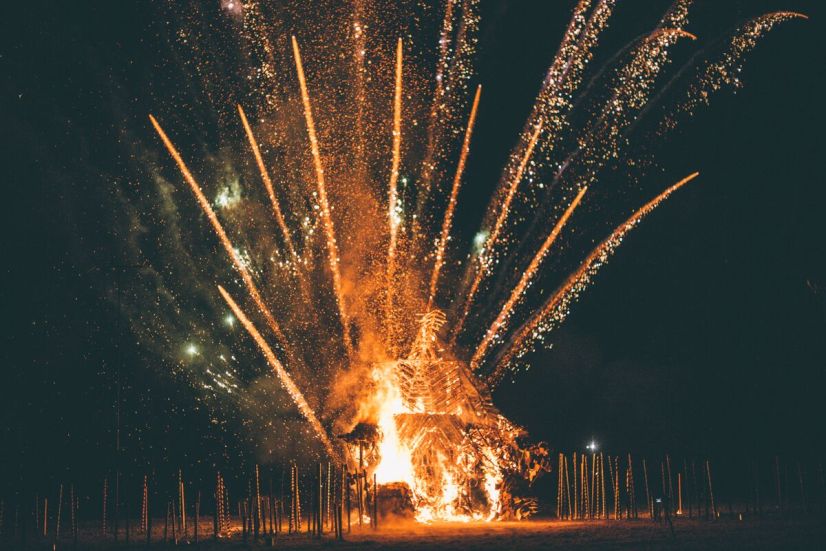 So who’s new and fresh?

The crudely named Sexwitch have emerged from the festival after Bat For Lashes and Toy rocked up as surprise guests for an early evening set. Aside from a puzzled few wandering off early, the show went down a treat with some Bjorkesque vocals from Bat for Lashes and a characteristically dreamy sound coming from Toy. Other stand out emerging acts included DIY heroes, Trust Fund, and longstanding Parisian folk artists, This is the Kit.

Who’s still got it?

Saturday saw the punk legends that are Television and The Fall hit the festival. While Television gave a well-structured performance of Marquee Moon Mark E. Smith was just as bizarre as you would expect. The singer decided it was best to sing into a drum mic as well as repeatedly walking off stage and pushing around the members of his own band. Each were excellent in their own way. 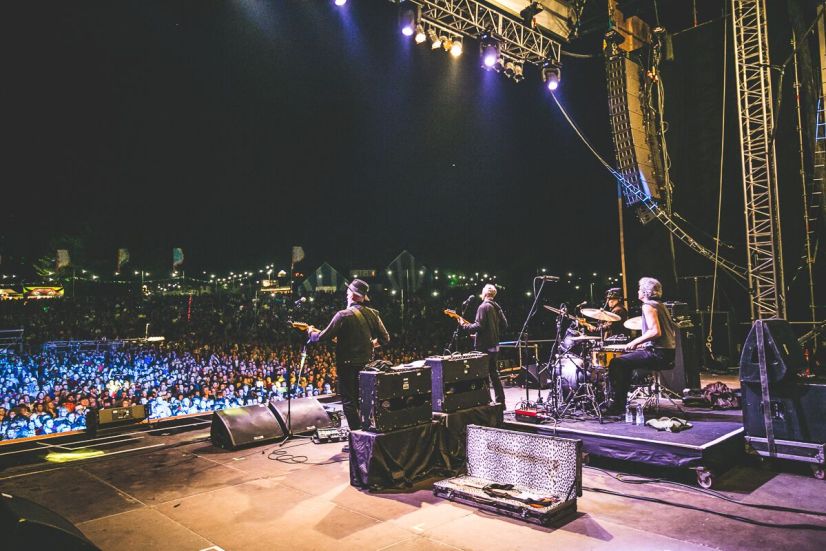 Saturday saw a Welsh pilgrimage take place with people from all areas of the festival gravitating to the arena to see their national heroes, The Super Furry Animals. Emotions in the crowd peeked during points such as singing ‘Juxtaposed With U’ into each other’s faces as well as the beautiful moment where an arena stood singing ‘Hello Sunshine’ in unison, in the rain. It doesn’t get much more Welsh than that.

Who is William Onyeabor?

Along with William Onyeabor, Friday night saw Hot Chip end on a cover of Springsteen’s ‘Dancing in the Dark’ followed by LCD Soundsystem’s ‘All my Friends’. Not only was their performance incredible but their finale was pushed to the limit by firing giant light up bouncy balls into the crowd. Unsurprisingly, it was fairly common to hear people bursting into singing Springsteen for the rest of the weekend. 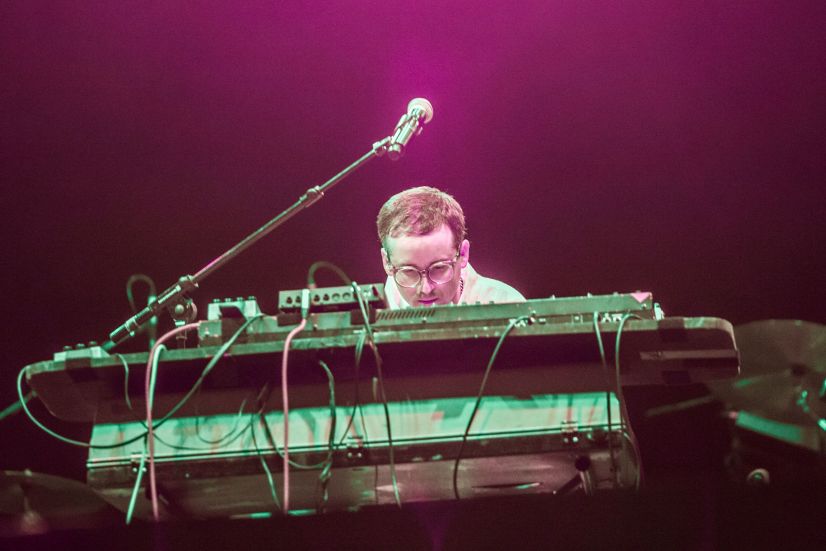 So can you start a fire without a spark?

It wouldn’t be Green Man without the burning of the Green Man. All gathered round on the Sunday night to watch him go up in flames, like a slightly more trendy bonfire night. Afterwards, in true Green Man style, families went to bed while many of the younger festival goers headed over to a top notch DJ set from Erol Alkan’s project, Beyond the Wizard’s sleeve.

(This is the last contribution to the site from Ian, co-editor of the music section for the past year; James and I would like to say a public thank you for all his hard work and tutorship, he’s turned the section into something great and we hope we can fill the shoes of he and co-editor, Daisy Foster, in the coming year. Best wishes for the future.)