As a character, Crash Bandicoot has been a favourite among avid gamers for years, particularly for me, and for my sister. When the game was first released back in 1996, she found herself immediately addicted. Even my mother had a go and, much to my sister’s horror, she completed the game before my sister did!

I came along late the following year, but as a younger sibling, I was promptly banned from the more interesting games out of my sister’s, perhaps not entirely irrational, fear that I’d do something horrible like save over her current game, get ahead of and undermine her sibling authority, or simply break a disc.

These claims weren’t entirely without precedence. On her The Sims: Makin’ Magic save I bought a dragon and accidentally burned her Sim alive, and on more than one occasion I tripped over the controller wires and damaged something or another, much to my sister’s outrage. 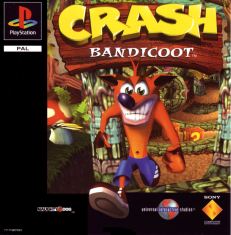 “As we loaded up the file, we felt nothing but childish excitement”

Yet eventually, she let me loose with dear beloved Crash. Under close supervision, I collected Wumpas, outran boulders, and even, on my first attempt I might add, defeated Ripper Roo (a feat I later failed to achieve after multiple attempts in Crash Team Racing). Yet these bursts of fun were short-lived as I soon became attached to other games. However, last Christmas, whilst scrolling absentmindedly through the PlayStation store in the hope of something new and intriguing to pass the time, we rediscovered it. Available for download in its original form for a mere £3.99 was our old friend Crash in all his glory.

“Despite its age the game still felt like a timeless classic”

Immediately, we set to downloading it. As we loaded up the file, we felt nothing but childish excitement. The minute the familiar music came flooding through our television speakers, we were hooked. Instantly, we were back to collecting Wumpas, spinning enemies and outrunning boulders. Not only that but despite its age the game still felt like a timeless classic. Granted, it took us a few minutes to get used to the D-pad for movement rather than the analogue sticks, and the timing could sometimes be a little buggy, but as a game, it was still entirely functional and it wasn’t hard to see why we’d enjoyed it so much when we were younger.

Yet no longer were we the naïve young gamers who merely wanted to finish the game and move on: no. We were experienced adventurers in need of a challenge. Now, we were determined to collect every Wumpa and uncover every secret. We spent hours re-familiarising ourselves with the controls (which promptly resulted in a lot of falling to our deaths), and taking what seemed like an age destroying every box. The first level alone took us the best part of 45 minutes – Sanity Beach’s box bridge was repeatedly the death of us.

Yet, we persevered. We defeated Papu Papu, crushed Ripper Roo (though with far more delayed success than the first time round), and level by level, made our way to the final island. Much to our surprise, however, we found it a lot more difficult than we thought it would be. Back when we were 5 and 11, the game seemed so much easier – a fun challenge, but beatable. Now, at the ages of 18 and 25, we were being repeatedly defeated at every hurdle. Yet despite the difficulties, I loved every second of it. Every defeat, every embarrassing fall, or Hog Wild Crash, was another cause for laughter.

“I advise you to try out the original first – see it in its original glory before being tricked by the newer, flashier model”

The games dynamics, the music, the sound effects (specifically the ominous, yet still light-hearted Game Over noise) all added to the brilliant atmosphere and transported us both back to the stress-free time of our youth; back into the world in which we had experienced such fond memories. It reminded us both of a time where if you wanted to be a completionist you had to work for it.

Secrets were not hinted at with potentially ostentatious Easter eggs. Hints were not given in the corner of the screen every five seconds. But mainly, it showed us that even though the gaming industry has changed so much, and even though new favourites have touched our hearts, such as Skyrim, Fallout 4 or Fifa, the old classics are still able to bring you a feeling of joy, which no new release can replicate.

And so, with the game’s remastering coming out next year, I advise you to try out the original first – see it in its original glory before being tricked by the newer, flashier model. Maybe even revisit an old favourite of your own – who knows, maybe you’ll become just as addicted as we became to Crash.

Oh Whistle, And I Come To You @ Highbank, Clifton