Science in the Park: A festival of Science this weekend

This year is the 8th anniversary of the British Science Association’s Science in the Park. It is held at Wollaton Hall, welcomed over 7000 attendees last year, and is absolutely free, meaning there is no excuse for students not to pay it a visit on Saturday.

To give you a taster from last year’s excitement, there was presentations, talks, and stands all discussing fun and exciting science, from electricity generating vegetables to the impact of climate change on our city. Younger students were invited to present ideas to the public, with one deciphering whether lemons or potatoes were the best choice to power an LED light.

Another project showed the scale of climate change taken from a weather station close to Nottingham since 1883. With an increase in temperatures over a degree in this last century or so, concerns were underlined if temperatures continue to increase by one more degree in the next century. 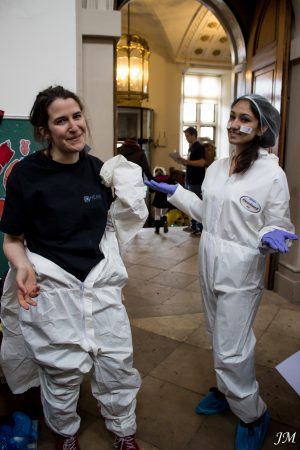 A Pint of Science, held a fun and interactive stand on DNA, accompanied by some impressive talks from our lecturers at the University of Nottingham. Researchers from Sutton Bonnington, the School of Biosciences and the School of Physics and Astronomy described the intricacies of plant root structure to Zombies.

Last year was exciting, and it seems that this year could have even more on offer. As part of the British Science Week, exhibitions will be held again to bring both daily science and things slightly more out of this world to life.

Exhibitions range from virtual reality to rocket building told by the National Space Centre, from biology demons to cream making, and even providing a chance to explore mars. With more talks this year to accompany a wide array of interactive demonstrations, there really will be something for everyone. The full program can be viewed here.

We wish the organisers of Science in the Park the best of luck this year, and hope to see you all there.

A Successful Season so far for UoN Athletics

Are ‘superfoods’ really all that super?